Narration is basically retelling what you've read or had read to you. I call it composition if it's a written narration. If it's some other form eg. a drawing, I  call it a creative narration but they are all forms of retelling and are all valid.

I thought I'd share some ideas I've used to help my children narrate/compose. I'll add notes as I go to explain.

7 year old girl - after listening to a gospel account. 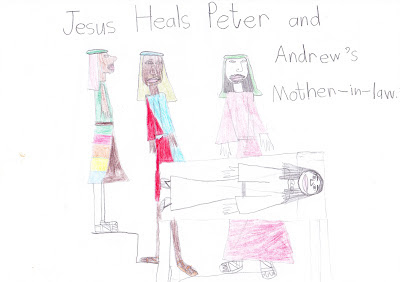 And after listening to Beautiful Stories From Shakespeare by E. Nesbit 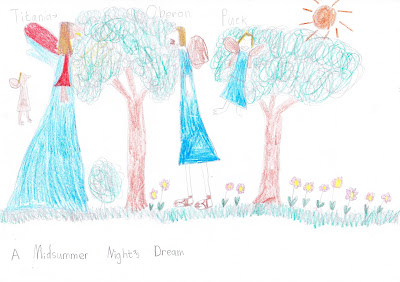 I didn't know she was doing this one but her brothers were doing their compositions so she decided to do one as well. 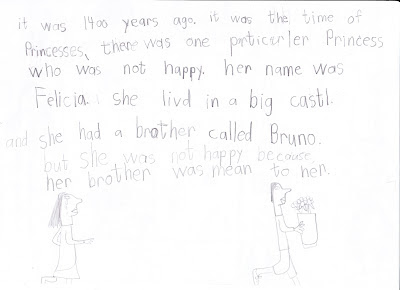 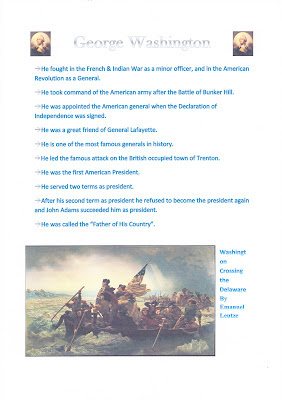 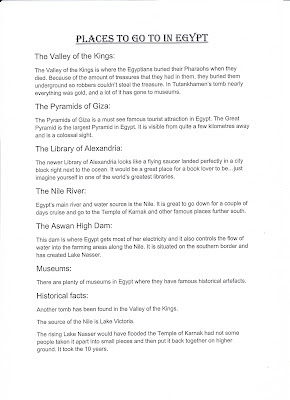 The idea for this narration came from Anne White's Plutarch Study Guide when we were studying Poplicola. 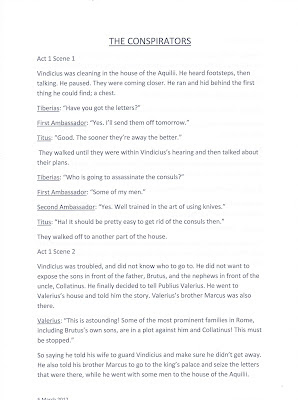 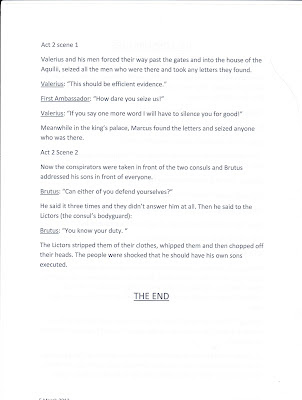 14 year old boy - an article for a magazine after we finished Longitude by
Dava Sobel as a read aloud and a retelling from a chapter in Churchill's History of the English Speaking People. 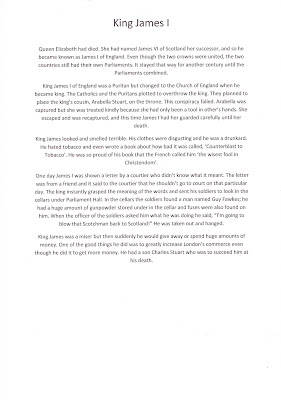 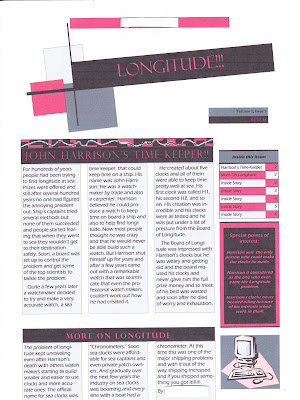 A creative narration after spending time on Mozart in our composer studies. 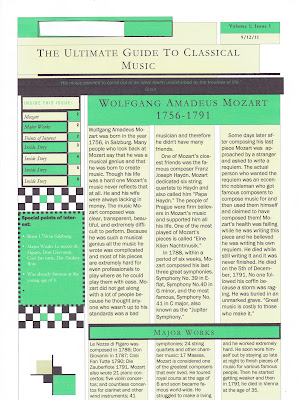 This was done by my son earlier this year when he was 16 years old. He is a maths man, a late reader and always struggled with writing - mentally & physically. I've spent the last few months honing his oral narration and have spent years doing dictation and tearing my hair out over his spelling. 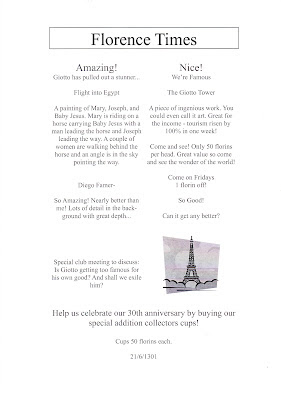 This is a narration he wrote in the form of a letter after reading a chapter from David Howarth's The Voyage of the Armada. 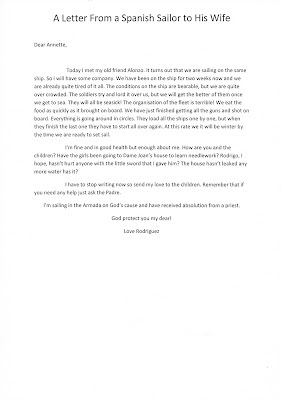 Gradually, bit by bit his spelling has improved and now he knows a word 'looks' wrong even if he can't work out how to spell it. His punctuation has improved also and I can see an improvement in his writing which I know is a direct result of regular oral narration ie. he comes to me after every reading & tells me about what he's read. 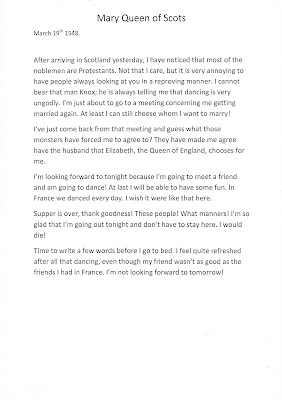 I have to admit that it’s taken me some time to realise the value of oral narration. Maybe it sounded too simple - I don’t know why I thought that when I find it so difficult to intelligently retell anything I’ve read or heard - but I did.
Maybe it was because my oldest 3 (girl, boy, girl) were natural writers and didn’t struggle in the process that I was led to believe that if my children were readers they would just automatically become writers.

We’d always done some oral narration, my intent usually being to check if they’ve been paying attention while I’ve been reading aloud, or to check to see if they’d learned something I thought they should have; but I hadn’t used it as a means for them to tell what they knew or what they thought was interesting or important.

Today I asked my son to do a narration in verse form after we'd read from Plutarch. He's just turned 17 years of age and I could tell he enjoyed doing this whereas 6 months ago he wouldn't even have attempted it. 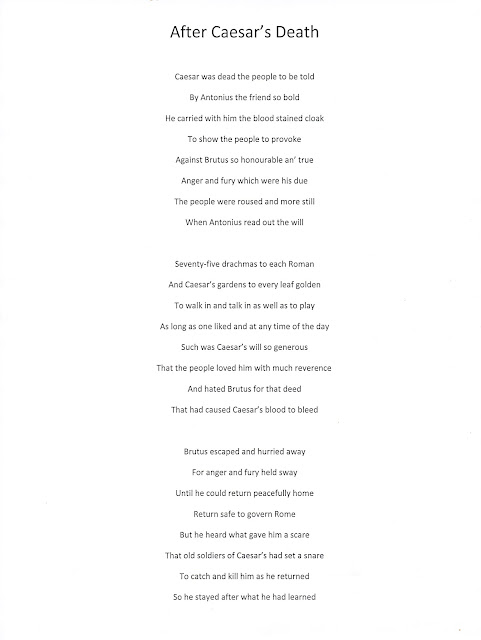 A couple of months ago I read Charlotte Mason's A Philosophy of Education (Volume 6) for the first time and found it very valuable. On page 193 she writes, "Many children write verse as readily as prose, and the conciseness and power of bringing their subject matter to a point which this form of composition requires affords valuable mental training."

She also mentions 'exercises in scansion' (had to look up this word - ie. checking the rhythm) and not long ago I discovered that the The Grammar of Poetry by Matt Whitling has lessons in scansion - I'd only just started this recently with my 15 & 17 year old boys so it will be interesting to see how  these exercises will effect their verse writing down the track.

I've kept  lists of different ideas for writing that I've gleaned from all sorts of places or thought of or which have been suggested by my children but there are a few that seem to work better than others and we tend to stick mainly to those, although I do try to get them to vary things somewhat.

I also find that if they get too creative and use the computer for graphics and fancy stuff it becomes more of an exercise in using technology as opposed to writing but sometimes with very reluctant writers it helps them to ease into expressing themselves. 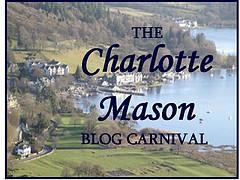 
A lovely Sunday afternoon after a busy weekend and a previous week of various family members in different stages of the flu and Best Beloved (BB) & I with our youngest (Moozle) in tow decide to go on a nature ramble.
So off we go down our street but before we reach the end of the road we get talking to a neighbour's son who is moving back home and has a truck on the side of the road with a range of worldly goods belonging to himself and 2 other family members who are also moving in.

There being no one else in sight to help, BB offers the services of himself and three of our sons who are enjoying a leisurely afternoon are at home after an early morning start helping out with the setting up at church. So off goes Moozle to call her brothers to come and assist and when they arrive she & I continue walking and leave the men to their labours……………

The local bush regeneration folk have very helpfully put up signs on various trees and ferns around the place. I often get the names of  ferns mixed up so I wanted to take some photos with the bright idea that we should go around our place and put signs up on all of our flora. 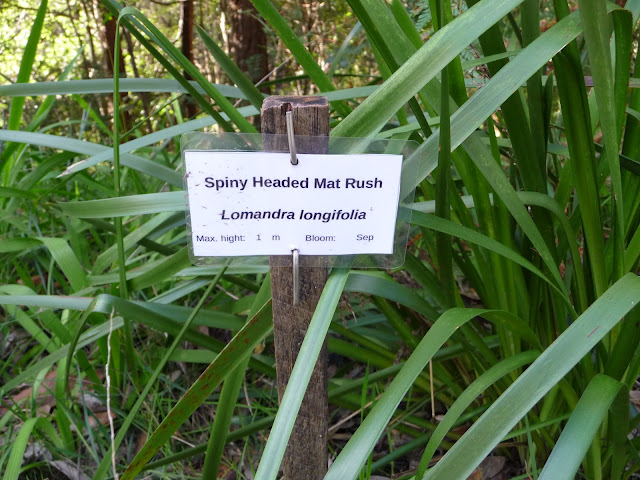 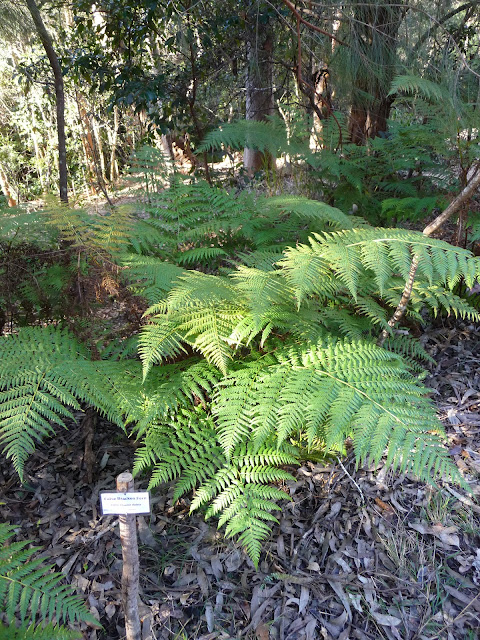 Also known as the smooth-barked Apple Gum and Rusty Gum, these trees shed their reddish bark profusely in summer. They are also the trees most likely to drop branches around here. Their life span is about 150 years. 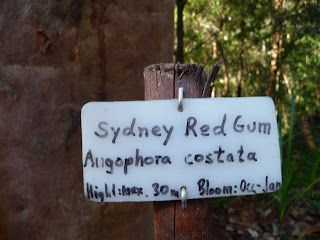 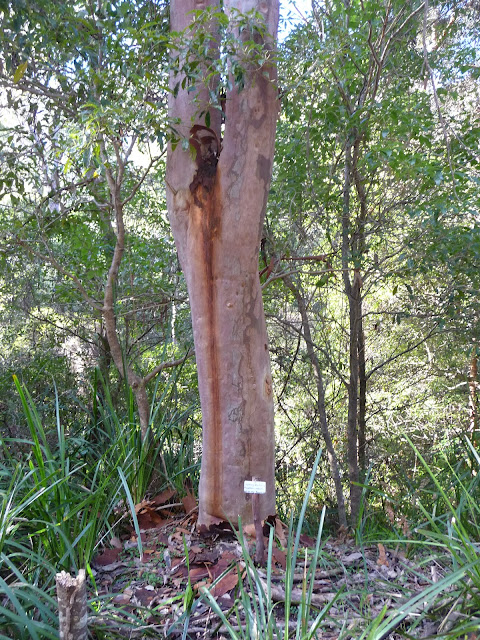 Turpentine (Syncarpia glomulifera) - lovely tall, straight tree with very distinctive rough bark. The crushed leaves smell like turps. I've read that timber from this tree is one of the most fire resistant timbers that can be found anywhere. 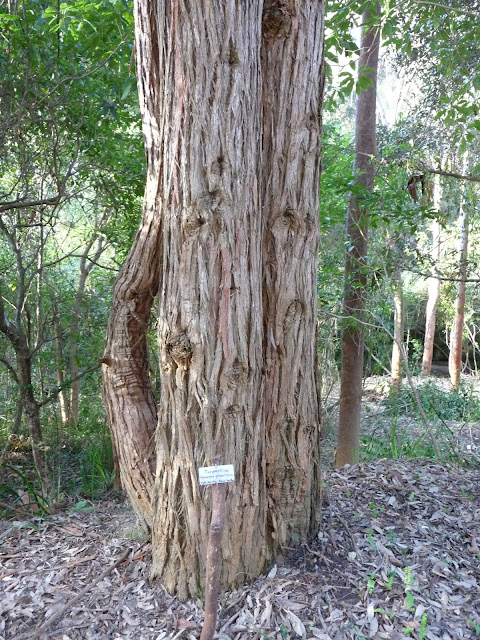 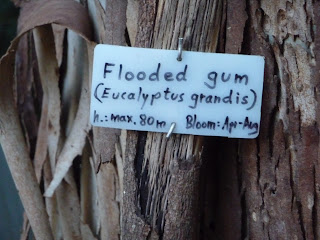 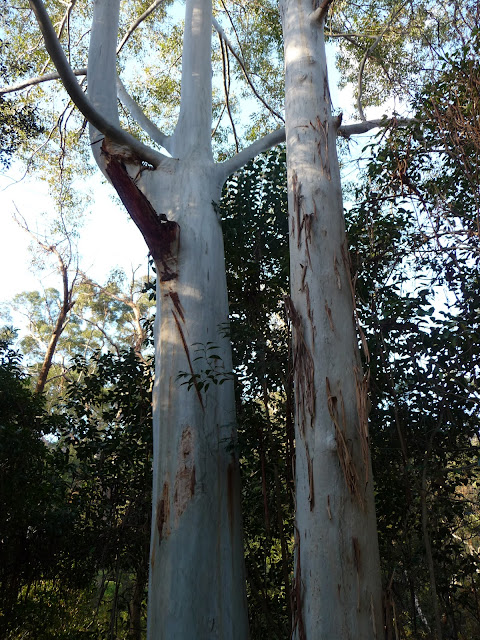 We wander back and meet BB and we decide to go up to the lookout not far from us.
This is our favourite spot to come and get some perspective, to pray and get some time out as a couple. 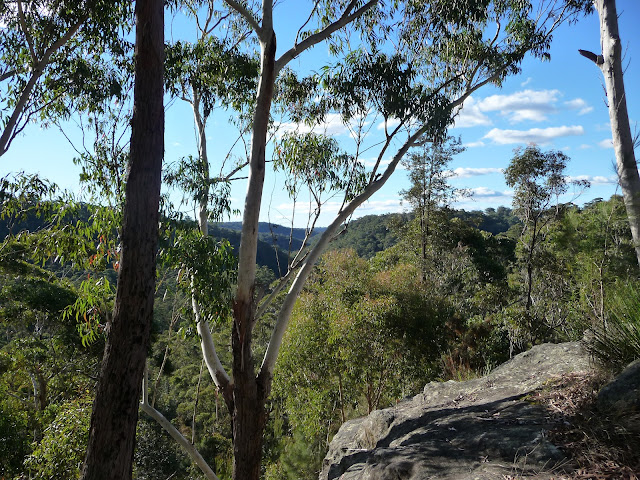 Cavities under rocks and lots of places to explore, quite steep in places 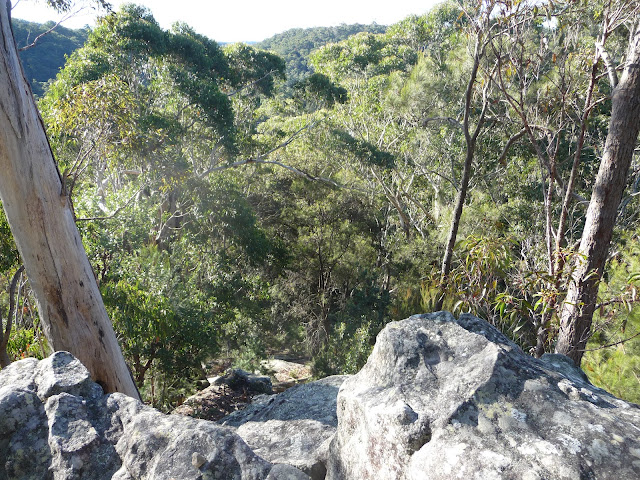 BB is thinking like a 20 something  and jumps across some rocks suddenly twisting his ankle…..very painfully. I get him to stagger back to safety and leave Moozle to keep an eye on him while I go back home to get a car & a young lad to help……..

So here we are at home with BB lying on the lounge with a very fat left ankle. 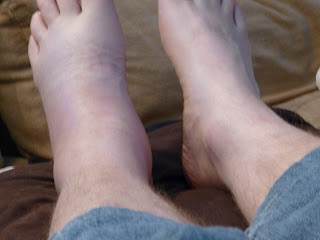 Some great images to help identify Australian trees and their fruit/flowers.

Where the Battle Rages

A quote that has usually been attributed to Martin Luther but which may actually be a misattribution - regardless of who actually wrote it, it is worth pondering:

“If I profess, with the loudest voice and the clearest exposition, every portion of the truth of God except precisely that little point which the world and the devil  are at that moment attacking, I am not confessing Christ, however boldly I may be professing Christianity. Where the battle rages the loyalty of the soldier is proved; and to be steady on all the battle-field besides is mere flight and disgrace to him if he flinches at that one point.”

Where is the battle raging at the moment?

What is being attacked at present?

Two of my sons and I have been reading "How to be Your Own Selfish Pig (and other ways you've been brainwashed)" by Susan Schaeffer Macaulay.
What I really like about the book is the common sense approach she uses to illustrate how our worldview or beliefs have consequences and affect how we live out our lives.

In his book, My Utmost for His Highest, Oswald Chambers said this about emotion:

'........the only test as to whether we ought to allow an emotion to have its way is to see what the outcome of the emotion will be.'

We might well say the same thing about an idea or a particular line of thought.

What would be the outcome of this if we pushed it to its logical conclusion?

Going back to the battle quote above: the point of attack might not look like  much of a threat or it may not seem particularly important because we haven't pushed the idea to its logical conclusion and discerned what the outcome would be.......

So with these thoughts here is something well worth listening to.

Marriage Webcast from Australian Christian Lobby on Vimeo.
at July 08, 2012 No comments: