Books by Indian Christian authors often give a unique perspective on Western culture because they view it cross-culturally and they perceive what we are blinded to.
The Book That Made Your World: How the Bible Created the Soul of Western Civilization by Indian philosopher Vishal Mangalwadi is one such book. 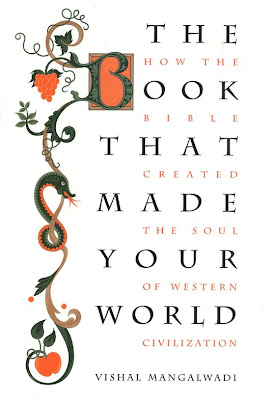 The following quotes are from the chapter on Technology where he describes a visit to the city of Jinja in Uganda where he saw women and children hauling water on their heads not far from a hydroelectric dam and a pumping station.

That experience raised the questions: Why don't American women haul water on their heads? Why did Western people begin using their minds to do what most cultures used their muscles to do?


Technology is "magic of the mind." When you use the mind - that is, technology - water brings itself to you - water produces electricity and electricity pumps water right into your home......

It's fashionable to reject technology. Mahatma Ghandi opposed it, and the city of Jinja has erected a huge statue to honor him. The problem is that cultures that reject technology end up forcing human beings to get their water, grind their grain, and even to clean their "dry latrines."

Ghandi's idea that technology was evil and that a simple, natural life was morally superior came from British idealists like John Ruskin. Sensitive people like him had become critical of England's Industrial Revolution because of the exploitation, oppression, and other evils associated with its  "dark Satanic mills."

Evil is in our hearts, not in technology.

at August 28, 2013 2 comments:
Email ThisBlogThis!Share to TwitterShare to FacebookShare to Pinterest
Labels: Wednesday with Words


The more I read books by this author the more I admire her writing. I started off with The House of Mirth, followed by Ethan Frome (which I wrote about here) and I just finished False Dawn. I'm now well and truly hooked.

False Dawn is the first of four novellas (short novels) called 'Old New York' which are set in the middle of the 1800s.

If you've read Dickens' Hard Times, images of Mr Bounderby!! could well be conjured up as you read Edith Wharton's descriptions of the imposing Mr. Halston Raycie, the father of the protagonist of this story. Her representation of this domineering man is one of the most picturesque and clever descriptions of a character I've ever read.

Mr. Raycie was a monumental man. His extent in height, width and thickness was so nearly the same that whichever way he was turned one had an almost equally broad view of him; and every inch of that mighty circumference was so exquisitely cared for that to a farmer’s eye he might have suggested a great agricultural estate of which not an acre is untilled. Even his baldness, which was in proportion to the rest, looked as if it received a special daily polish; and on a hot day his whole person was like some wonderful example of the costliest irrigation. There was so much of him, and he had so many planes, that it was fascinating to watch each runnel of moisture follow its own particular watershed. Even on his large fresh-looking hands the drops divided, trickling in different ways from the ridges of the fingers; and as for his forehead and temples, and the raised cushion of cheek beneath each of his lower lids, every one of these slopes had its own particular stream, its hollow pools and sudden cataracts; and the sight was never unpleasant, because his whole vast bubbling surface was of such a clean and hearty pink, and the exuding moisture so perceptibly flavoured with expensive eau de Cologne and the best French soap.

Lewis Raycie was the only son of the pompous Mr. Halston Raycie and as an acquaintance of the Raycie family once observed,

'... you wouldn’t have supposed young Lewis was exactly the kind of craft Halston would have turned out if he’d had the designing of his son and heir.'

The son was a different kettle of fish to his father, having an artistic, sensitive nature and when his father announced his desire that Lewis acquire 'a few masterpieces' of art during his Grand Tour through Europe in order to establish a family gallery the son was overwhelmed with joy.

Lewis departed on his Grand Tour and in his travels he had a chance encounter with a young Englishman, John Ruskin, who introduced him to the art of Piero della Francesca, unknown in America at that time, and Lewis eagerly spent the allowance his father gave him on his art works.
He excitedly returned to America but his father was mortified with his son's purchases and subsequently cut him out of his will. 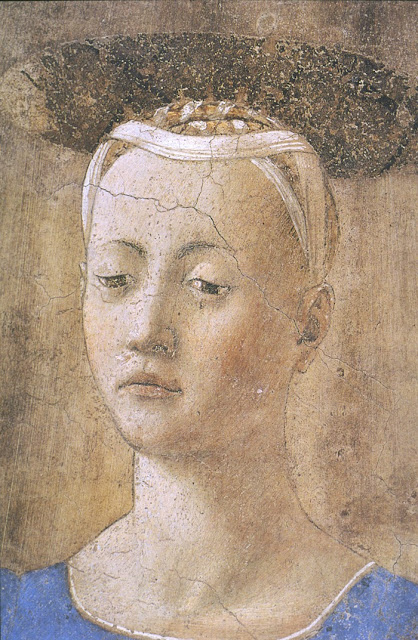 It was first of all the names that stuck in Mr. Raycie’s throat: after spending a life-time committing to memory the correct pronunciation of words like Lo Spagnoletto and Giulio Romano, it was bad enough, his wrathful eyes seemed to say, to have to begin a new set of verbal gymnastics before you could be sure of saying to a friend with careless accuracy: “And THIS is my Giotto da Bondone.”

Lewis married his childhood sweetheart and they set up a gallery in which to display their precious artwork but the collection was scorned and they lived in privation for the remainder of their lives. It was not until many years later that Lewis's collection was re-discovered and received the recognition it deserved. 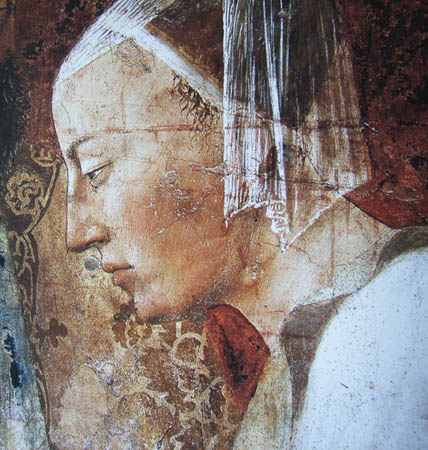 For information on Edith Wharton and her books see: http://www.npg.si.edu/exh/wharton/whar3.htm


at August 24, 2013 No comments:
Email ThisBlogThis!Share to TwitterShare to FacebookShare to Pinterest
Labels: Books

The song comes in at around 2:20 minutes after the marching music. I've put the words they've used in this video in italics below.

Then let us fill a bumper,
And drink a health to those
Who carry caps and pouches,
And wear the louped clothes.
May they and their commanders
Live happy all their years
With a tow, row, row, row, row, row,
For the British Grenadiers.
at August 23, 2013 No comments:
Email ThisBlogThis!Share to TwitterShare to FacebookShare to Pinterest
Labels: Folksongs

The Pursuit of God by A.W. Tozer


The Pursuit of God by A.W. Tozer is scheduled as a devotional read in Ambleside Year 7. I started reading it so I could discuss it with Nougat who isn't doing year 7 but he's reading it this year as he hadn't read it previously. 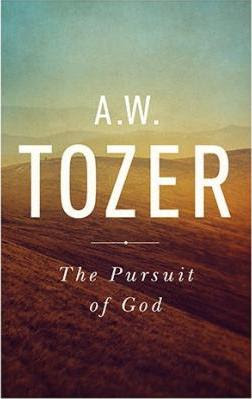 Tozer became a Christian at the age of 15. He'd had a life of hardship and because of his impoverished home situation, not much of an education, but by dint of diligent study and good books he started a process of self-education and became skilled in the use of the English language. It is said that when he felt he needed an understanding of Shakespeare's works that he read them on his knees and asked God to give him an understanding of their meaning. He believed that seeking God and seeking truth were the same thing.
The Pursuit of God was written to help those who were hungry for the things of God. Tozer said that his fire, if not large, was real, and he invited others to light their candle at its flame.

We had some good conversations about what Tozer wrote in this book.

Some of my favourite quotes are:

It is not what a man does that determines whether his work is sacred or secular, it is why he does it. The motive is everything. Let a man sanctify the Lord God in his heart and he can thereafter do no common act......For such a man, living itself will be sacramental and the whole world a sanctuary.

The Bible will never be a living book to us until we are convinced that God is articulate in His universe......It is the nature of God to speak. The second person of the Holy Trinity is called the Word. The Bible is the inevitable outcome of God's continuous speech.

One of Nougat's favourite quotes was about honour. Tozer uses the opposite behaviours of Eli the priest (who epically failed to honour God) and the Biblical characters (who honestly tried to glorify God in their lives) and says:

See how God winked at weakness and overlooked failures as He poured upon His servants grace and blessing untold. Let it be Abraham, Jacob, David, Daniel, Elijah or whom you will; honour followed honour as harvest the seed. The man of God set his heart to exalt God above all; God accepted his intention as fact and acted accordingly. Not perfection, but holy intention made the difference.

We talked about holy intention, weakness and failure. We talked about how God looks at the heart and our motivation and the freedom that comes from knowing God's heart towards us in these things. We talked through how everything we do can be sacramental, that is, an outward expression of an inward grace.
An altogether worthwhile and encouraging read which opened up some good discussions between my 16 year old son and me.

The book is available free at Gutenberg.