C. Walter Hodges (1909-2004) was a writer, illustrator, an eminent Shakespearean scholar and an authority on The Globe Theatre and other Elizabethan playhouses.
His background included the study of art and the designing of stage scenery and costumes and he was credited with playing an important role in the resurgence of literature for children from 1946 onward. 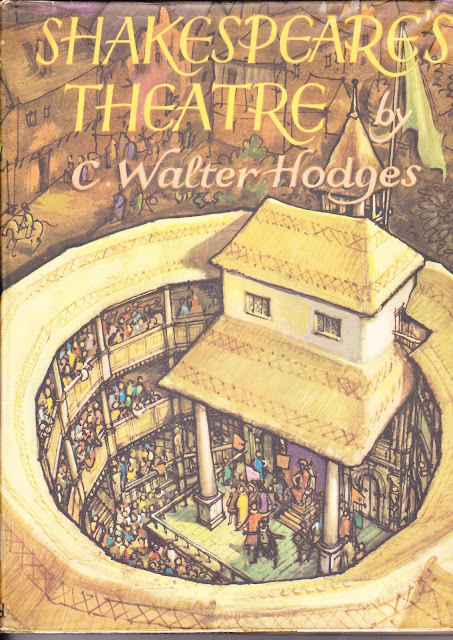 In Shakespeare's Theatre, published in 1964, the author describes how the theatre in Shakespeare's day had developed over time. In words and with his unique, whimsical artwork, he describes the gradual transition from pagan festivals and morality plays to the Elizabethan style theatres of Shakespeare's time and takes the reader through a typical performance of Julius Caesar at The Globe Theatre. He shows how Elizabethan theatres were designed and used and conveys the passion of his lifelong interest in the work of Shakespeare as he does so. 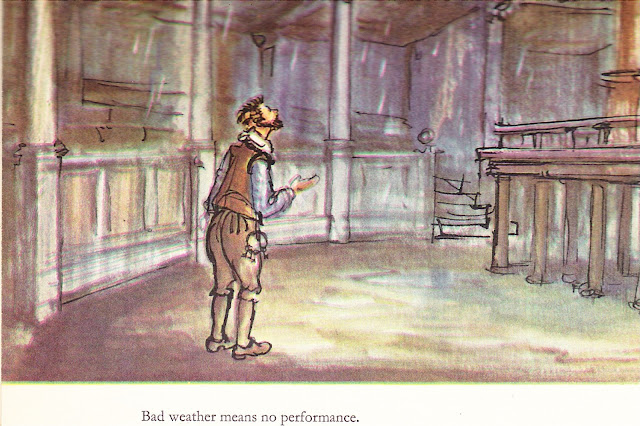 A 'theatre' is a 'place where action goes on,' as in an operating theatre or a 'theatre of war.' In Burbage's Theatre the action was acting. It was the first time in England a building had been called this, for that purpose. 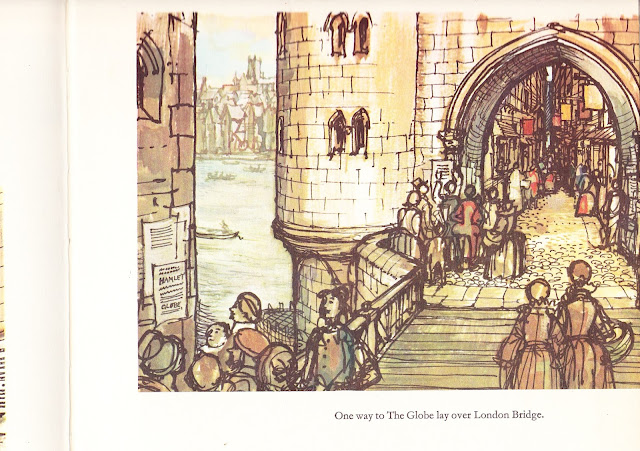 It was customary to shoot off guns as a sign of high spirits in Shakespeare's time, and they were much used in the theatres, not only to simulate battle scenes but also to bump up the background of festivity. This had an unfortunate result at The Globe, for eventually it burnt the theatre down. 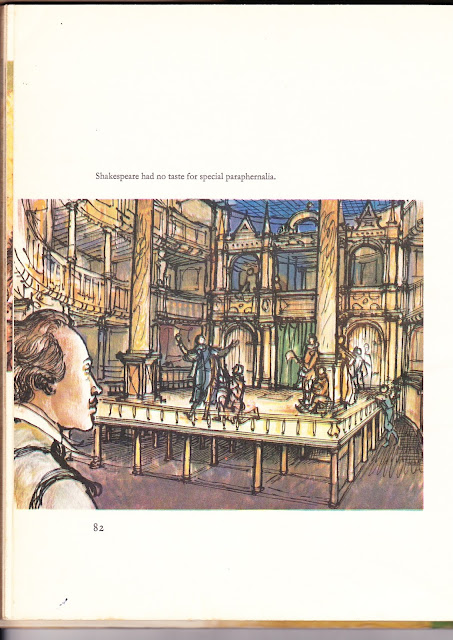 This book was awarded the Kate Greenaway Medal in 1964 and is a simple, interesting and lively introduction for children to the world of Shakespeare, morality plays and The Globe Theatre.

at August 18, 2013
Email ThisBlogThis!Share to TwitterShare to FacebookShare to Pinterest
Labels: Shakespeare

What a wonderful resource for those of us introducing the Bard to our students! Thank you for sharing!