Towards an Australian Charlotte Mason Curriculum 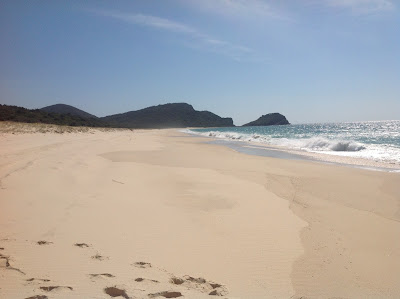 This is a page in progress with ideas for living books, related to Australia in some way, that we've used. I'll link to any reviews I've written and give a recommended age or an Ambleside Online year if you're looking for Australian substitutes. This page contains links to how and when we've used many of these books and others as well.
Ambleside Online Year 11

The March of Mother Duck by Colin Thiele - lovely book based on a true story; age 3 and up. Out of print.

The Story of Australia - ages 6 to 8 years; short chapters; well-illustrated

John of the Sirius by Doris Chadwick - I read this and its sequel below aloud. Good for children aged 7 and up.

Monarch of the Western Skies by C.K. Thompson - age 8 and up

Warrigal the Warrior by C.K. Thompson - great read aloud for all ages

All About Captain Cook by Armstrong Sperry

A Little Bush Maid by Mary Grant Bruce - the first in a beloved series of books. We used this one as a substitute for American Tall Tales in Year 3 and the others as free reads from around age 9. They are the sort of stories that grow with the reader

The Bush Boys by James Tierney - AO free reads, age 9 and up; there are number of books in the series; bush skills, camping, along with adventure

Karrawingi the Emu by Leslie Rees - age 9 or 10

Biggles in Australia by W.E. Johns - Biggles & Co. defeat a conspiracy of dangerous agitators in the Australian outback. Age 10 and up

A Final Reckoning: A Tale of Bush Life in Australia by G.A. Henty - online here. About age 10 and up. Free Kindle version at time of writing

The Singing Wire: The Story of the Overland Telegraph by Eve Pownall, AO year 5

Inside Out & Back Again by Thanhha Lai - AO Year 6, Immigration

Sun on the Stubble by Colin Thiele - AO Year 6 but I recommend it be read aloud & slightly edited; great family read aloud.

To the Wild Sky by Ivan Southall

Ash Road by Ivan Southall - recommended for Year 6 but Southall's books are very realistic so perhaps pre-read unless you're going to read it aloud.

February Dragon by Colin Thiele - this is about a bushfire someone carelessly started. Preview for sensitive children - my son thought it was too sad when he was about 12 or 13

The Great Trek by Ion L. Idries (1940) - A well-written, historically accurate and exciting story based on the diary of Frank Jardine who with his younger brother led an expedition from Rockhampton to Somerset on the Cape York Peninsular in 1864. Geography, History & best suited for ages 11 to 14 years.

We of the Never-Never (1908) by Mrs Aeneas Gunn - I used this as a read aloud with my older children but in Year 11 with my youngest for Australian Literature.

The Bight by Colin Thiele - AO Year 8 Geography, Term 1 (in place of the book AO uses on Columbus)

Captain Cook by Alistair MacLean - about ages 13/14 & up. MacLean is a great author for teenage boys.

My Love Must Wait: the Story of Matthew Flinders by Ernestine Hill - Excellent writing! AO Year 9
or age 14 and up. History, geography, biography.

Pastures of the Blue Crane by H. F. Brinsmead - about age 15 and up

My Brilliant Career by Miles Franklin - fits in AO Year 10; how not to treat a man...the heroine needed a good kick in the pants, but I liked how Franklin wrote this.

My Place by Sally Morgan - mature readers or read aloud & discuss. There is a Young People's edition but I haven't read it. (Aboriginal Studies)


Currency Lass by Margaret Reeson - lovely account of a young Christian woman born in Australia and growing up in the convict colony of Sydney. My girls read this book and the one below when they were in their mid-teens. Update: used this in Ambleside Online Year 9 with my youngest.

Certain Lives by Margaret Reeson - the story of three generations of Australian women; AO Years 10 and 11.

I Find Australia by William Hatfield - AO Year 10 or 11; Geography

Generations of Men by Judith Wright - it's been awhile since I read this but it deals with the author's ancestors, early settlers in Australia. Wright was also a poet and it shows in her writing which is lyrical & lovely. My eldest daughter read it when she was around 16 years of age.

The Golden Quest by A.C.V. Bligh - a narrative of the pioneer days in the north and west of Australia. A good book for boys about "Roaring days of the West Australian Gold Rushes & life in the pearling industry." AO Year 10 or 11; geography
The Fortunes of Richard Mahony by Henry Handel Richardson - engrossing epic book of 943 pages; AO year 11 or 12; Literature. Suitable for mature readers; some philosophical thoughts on science and faith and the main character delves into Spiritualism for a while, although it is mostly scoffed at by others.


Australia's Prime Ministers From Barton to Howard by Brian Carroll - Australian Government for highschool
Is a Charlotte Mason education right for high school? - a post I wrote for My Homeschool

For the Term of His Natural Life by Marcus Clarke - brutal but realistic. Fits AO Year 10  chronologically but I'd leave it for a more mature reader.

The Secret River by Kate Grenville - I'm not recommending this book at all, even though the writing is very good for the most part, as it has some very dark material, but am putting it here as it's used in some schools in their curriculum for upper high school. There is a study guide here that will give an idea of some of the contents.

The Light Between Oceans by M. L. Stedman - post WWI; check review as it contains some  profanity; historical fiction

The Rowland Sinclair series of crime novels by Sulari Gentill are a great way to pick up some 1930's Australian history:

The Peasant Prince by Li Cunxin & Anne Spudvilas (scroll down page for review) - a lovely picture book based on the biography, 'Mao's Last Dancer.'
The Hole in the Hill by Ruth Park - set in New Zealand; around age 10 and under

Maori and Settler: A Tale of the Maori Wars by G.A. Henty. Age 10 years and up. Free for Kindle last time I looked. Also here.

In Search of the Castaways by Jules Verne (also known as Captain Grant's Children) set in Sth America, Australia and New Zealand

Ten Fingers for God by Dorothy Clarke Wilson - medical missionary biography; AO Year 7 - as a devotional & as a book set in Asia (India)

The Small Woman by Alan Burgess - exceptional biography of Gladys Aylward, missionary to China for twenty years. 20th Century; age 12 or 13 years and up

By Searching by Isobel Kuhn - autobiography of the author's girlhood & the lead up to missionary work in China. Age 14 years & up; AO Year 10. Other books include, Ascent to the Tribes, Nests Above the Abyss, and others.

Red Scarf Girl by Ji-Li Jiang - Cultural Revolution seen through the eyes of a young girl. For ages 13/14 years and up

Colour Scheme by Ngaio Marsh - a golden age detective novel by one of the 'Queens of Crime.' A Kiwi author, this story is one of a few she set in New Zealand. Age 14/15 yrs & up.

Mao Tse-Tung and His China by Albert Marrin - we've used a few other books by this author (e.g. Stalin) and they are good. Mao we used for the study of the 20th Century/ AO Year 11; suitable for around ages 15 and up

Life & Death in Shanghai by Nien Cheng - AO Year 11; 20th Century
Death of a Guru by Rabindranath R. Maharaj - AO Year 11 or 12 - Christian worldview, philosophy & biography, Hinduism. Excellent book!
Wild Swans: Three Daughters of China by Jung Chan - 20th Century; Adult or pre-read for late high school. I really liked this when I read it years ago and recently one of my adult daughters bought me another of the author's more recent books, which I haven't read yet:

Killing Fields, Living Fields by Don Cormack - adult or pre-read for late high school. Poignant, exceptional writing, and as you would expect, horrific in places, but it is ultimately a story of hope and rising up from the ashes.(Cambodia)

First They Killed My Father by Loung Ung (Cambodia) Graphic in places. Pre-read!!

The Good Earth by Pearl Buck - set in China & scheduled in Year 9 of AO Year; one of my girls read it in Year 11/12 but it's very raw & I suggest a preview first.

The Makioka Sisters by Junichiro Tanizaki - a Japanese literary classic set between 1936 & 1941 that has an unusual and very interesting perspective on the times. Mature content; would suit an upper high school student studying Modern History, AmblesideOnline Year 12 or Asian studies.

Thank-you for posting this Carol. Its very helpful to have your lists to refer to.

My pleasure, Zoe. Good to know it's helpful.

What a great list of books. My wife and I are going to homeschool our daughters (5 and 3). We plan on using the Charlotte Mason way. Love the living book idea and the emphasis on free play time. I love Australia and hope to visit one day. These books would be a great way to introduce our girls to Australia. Thank you for the post!

I appreciate how Charlotte Mason makes time for art and beauty - things that are often sacrificed or sometimes seen as unnecessary. All the best to you & your family as you start this new adventure.

Nice and very helpful information i have got from your post. Even your whole blog is full of interesting information which is the great sign of a great blogger.
Online Doctor in Australia