A Foray into Some Modern Books 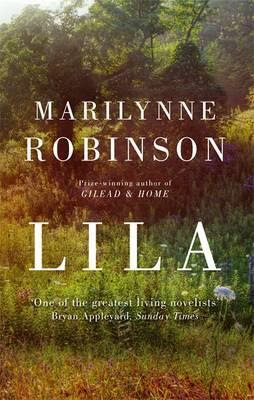 I’ve been interested in reading something by this author for some time but as I’m always cautious about more modern novels and am generally disappointed with them, I wasn’t prepared to buy a new copy. Fortunately, I found a copy of at a secondhand book sale and then I discovered that my local library has other books by Marilynne Robinson, which is wonderful as I enjoyed this book very much.
Lila was a neglected child who found her way into the heart of an itinerant worker. Doll was a single woman on the fringes of life who slept at Lila’s house most nights. One evening she came home and found the young child half asleep outside the house in the cold, after being kicked out because her family was sick of her crying. Doll picked her up, wrapped her in her shawl, went into the house where everyone was asleep, took her bundle of possessions and went out into the night.

‘Doll may have been the loneliest woman in the world, and she was the loneliest child, and there they were, the two of them together, keeping each other warm in the rain.’

From then on Doll kept on the move with Lila, always with the fear that Lila would be taken from her. After a time they they joined up with a group of itinerant families and travelled with them. These were good years with enough food, a sense of security, and a year of school for Lila.
But the Great Depression drew near and the good years came to an end. The itinerant work dwindled and Doll and Lila, left to fend for themselves, were separated.
Lila had a life of misery and ended up in a whorehouse at one stage. After escaping from that place she wandered the countryside until one day she found herself in a small town called Gilead and took shelter from the rain inside a church.
Lila is a beautifully told story that goes back and forward in time revealing the details of Lila’s life as the story progresses. This type of writing doesn’t always work well but the author uses it to great advantage. The flashback technique was also good at showing the fracturing of families and society in the impoverished years of the Great Depression and the Dust Bowl times in the 1930’s. The storyline has an aura of mystery surrounding it and was a book I found difficult to set aside because it always had me guessing. Lila is someone you come to care about, especially as she comes to a watershed in her life where her choices will either make or destroy her. I kept hoping her fear wouldn’t keep her on the run.
A major theme in the book is trust and when Lila put aside the fear she had been brought up with and decided to walk into that church in Gilead she started on a pathway where she was to learn to trust.
Acceptance, love and an unusual romance were part of this.
Highly recommended and I am definitely going to read more of this author.


A Dangerous Language by Sulari Gentil (2017) 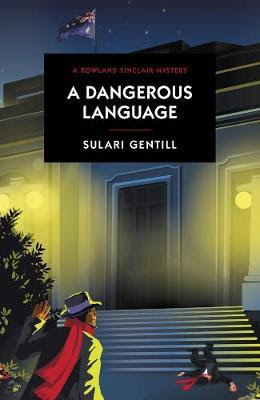 A Dangerous Language is the eighth book in Sulari Gentill’s Rowland Sinclair Mystery series. I’ve read all eight and each book in the series seems to get better than the last. This one took off from the start and was hard to put down so I read it very quickly.
As usual, the author weaves in Australian history, politics, culture, and news items from the 1930’s. Her writing is extremely well-researched and I really appreciate the Australian history I pick up effortlessly when I read her novels.
Rowland Sinclair and his three friends are embroiled yet again in the dangerous world of political intrigue; this time in Canberra, the nation’s newly developed capital, when a Communist agent is murdered on the steps of Parliament House. (‘Old Parliament House’ as it’s now known opened on 9 May 1927)
Rowland has volunteered to fly an international peace advocate from Fremantle to Melbourne where he is scheduled to speak but the right-wing militia responsible for the agent’s assassination are determined to stop him.
The predicaments and dangerous situations that Rowland and his three friends find themselves in this mystery series are definitely far-fetched but the writing is witty, fun and intelligent.
I’d recommend reading the books in order as many of the characters in previous books make a reappearance and they build on each other. The four main characters are also developed more fully as the series progresses and the longstanding interest that Rowland has for his friend, Edna, is a work in progress. I do wonder how long the author will string out this relationship! I think readers need some closure here and Edna & Rowland really have had plenty of time to get over their pasts and get their act together.
These books afford a unique presentation of our more local history and factional politics in a well done fictional setting. 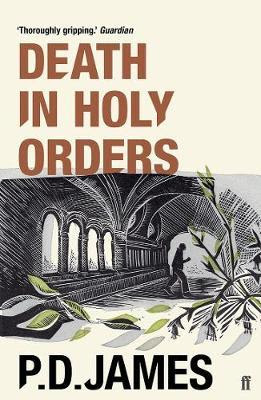 Death in Holy Orders by P.D. James is a sinister multiple murder mystery set in an Anglican Theological College on the East Anglican coast.
All through the book there is an underlying tension that keeps the reader in suspense as the murders seem unconnected and random. The author’s strength lies in her exploration of the psychological aspects of her characters and their inherent motives. These explorations open up a Pandora’s box and complicate the investigation process. Part of the enjoyment of James’ writing is the intellectual pursuit she engages the reader in, not to mention her excellent command of the written word.
In Death in Holy Orders, Commander Dalgleish returns to a place he frequented as a child (his father was a rector) and relives some of his boyhood experiences. We don’t often get personal insights into Dalgleish’s life and I always enjoy them when they are included. In this book Dalgleish also finds romance. His first wife had died in childbirth a number of years ago and he distanced himself emotionally.
The murders aren’t described in great detail but she always includes some (often bizarre) element of a s*xual nature. I don’t think these are necessarily gratuitous as James had seen the seamy side of life in her work in the forensic science department of the police force and later in the Criminal Policy Department. She also served as a magistrate in Middlesex and London and worked in the National Health Service and used her varied experience to help her write her books.

There are actually some likeable characters in this book. Sometimes James seems more than a little misanthropic but there was more nuance in the personalities here than in some of her other novels.
One scene was a lovely redemptive act that dealt with the acceptance of guilt in thought:

‘What was there about this place that forced him to confront the greater as well as the lesser lies? He had known she was in danger if death. He had hoped that she would die. He was in the eyes of his God...guilty of murder...How could he continue to minister to others, to preach the forgiveness of sins, when his own great sin was unacknowledged? How could he have stood up before that congregation tonight with this darkness in his soul?

He got out of bed and knelt, burying his head in his hands. It wasn’t necessary to search for the words; they came to him naturally, and with them came the promise of forgiveness and peace. ‘Lord be merciful to me, a sinner.’

Death in Holy Orders is well-written and engrossing crime mystery. It's of the best books I’ve read by this author and apart from the one or two scenes which may not sit well with some readers, I’d recommend it as a very interesting and complex murder mystery.

Brian Joseph said…
I also read a limited number of modern novels. With that, some of them are very good. All of these sound very good.

The jumping around in time in Lila is unsurprising. So many novels written in the past twenty years use that technique. Sometimes it works very well. But it is interesting how so many authors have jumped onto the trend.
29 June 2020 at 18:04

Carol said…
Hi Sharon, I tend to only read modern nonfiction but I did enjoy these three, especially Lila, which was quite a different sort of story.
30 June 2020 at 14:30

mudpuddle said…
it's so satisfying when you find a book that fits: it's like finding a new friend who doesn't argue with you (unlikely in real life, haha)...
2 July 2020 at 03:59

Emma at Words And Peace / France Book Tours said…
There's often unjustified hype for modern novels, but some authors are extremely talented, including in genre like thrillers. I'm very picky and it's been rewarding
2 July 2020 at 23:22

Marian H said…
Marilynne Robinson has been on my reading radar for a while. I'm glad to hear Lila was good, and the Dust Bowl references sound particularly interesting!

Carol said…
Emma, I think being picky is the key. I was looking in our local bookstore yesterday & commented to my husband about all the new books they had but I suspect a good number of them were junk.
4 July 2020 at 12:10

Carol said…
Hi Lark, would like to read your thoughts on it if you do read it. I think Gilead is the first book she wrote with Lila in it but I don't think it mattered that I hadn't read that first.
4 July 2020 at 12:13

Ruthiella said…
I've read every thing from Robinson except Lila and I can confirm that you will probably like her other books too. I suggest you go back and read Home and Gilead next and leave Housekeeping for last - since it is a bit different from her "Gilead" novels.

PD James! Between you and Sylvia I HAD to pick up something from her and I recently dropped everything (metaphorically!), went to my shelves and picked up A Mind to Murder. It was as satisfying as I hoped and pretty short too (under 300 pages).
7 July 2020 at 08:16

Carol said…
Thanks for the suggestion, Ruthiella.
I thought you'd like P.D. James! You might enjoy 'Shroud for a Nightingale" - a medical setting also.
8 July 2020 at 19:19

Elena Alice said…
I LOVE all of the Gilead series (Gilead, Lila, and Home). They have such honest characters and the way their struggles as well as character growth is slowly but artfully uncovered with every page is incredibly masterful. The latest book is coming out this fall and I can hardly wait!!
19 July 2020 at 11:49

Carol said…
Another author who seems to be well appreciated. Thankfully those two other books you mentioned are in the library.
19 July 2020 at 20:31