Our current picture study is the work of the Australian Impressionist, Arthur Streeton (1867 - 1943).

These paintings are what we've covered so far and the plan is to go on to other artists from what is known as the 'golden era' of Australian painting - Tom Roberts and Frederick McCubbin in particular.

When we first started studying the works of Arthur Streeton I’d chosen this painting partly because we’ve had numerous trips to that area and partly because I thought the subject of the painting would appeal to the boys.

This particular painting was done with watercolour on canvas but then we realised that there was another  painting of the same scene at Lapstone, ‘Fire’s On,’ which was done in oil on canvas. 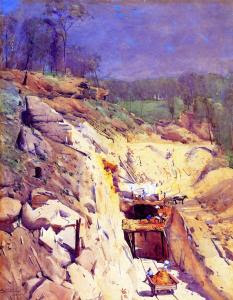 At first glance we noticed the oil painting was more intense but then we saw the smoke and different groupings of people, including the accident victim being carried out of the tunnel, and realised the difference in the paintings was more than just the medium used to paint them. 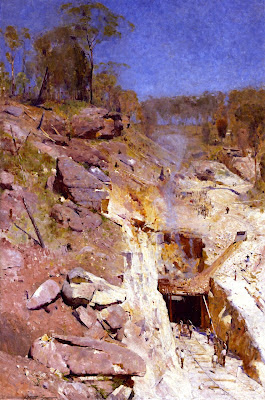 This narration was done by my 12 year old son.  He had studied the paintings for a few minutes each day for a about week and then I asked him to write down his observations from memory - he added the pictures later. 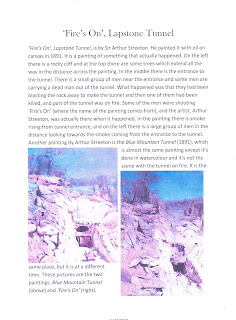 We’d read the story behind the paintings from an art book we have, Great Australian Paintings, a Lansdowne publication. 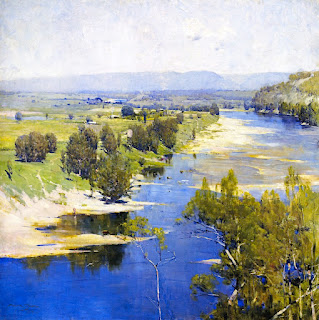 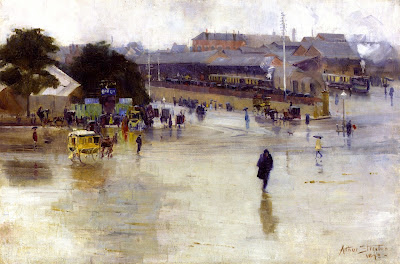 Online paintings of Australian artists large enough to use as a screensaver were difficult to find and then I discovered this great site http://www.the-athenaeum.org/
The images above are from The Athenaeum.

Below are some picture study narrations some of my children have done at different times from different artists. 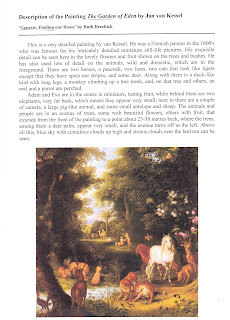 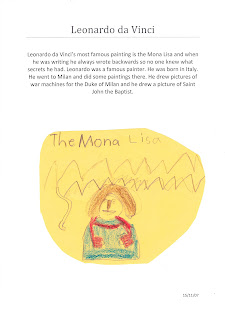 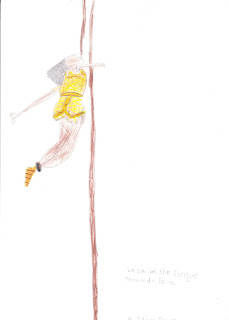 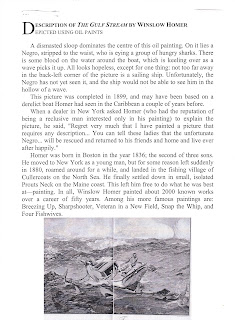 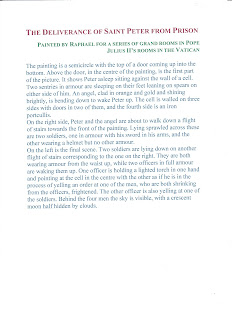 at August 03, 2012
Email ThisBlogThis!Share to TwitterShare to FacebookShare to Pinterest
Labels: Art

oh cool! We just started Tom Roberts last week for picture study. My goal is to do one Australian artist per year or so. Love the narrations, we haven't done any of that sort (yet) :(