Over the past year I've been slowly working my way through Anthony Esolen's book, Ten Ways to Destroy the Imagination of Your Child. In a similar style to C.S. Lewis's The Screwtape Letters, he points out the current trends in child rearing and education which snuff out the imaginations of our children. 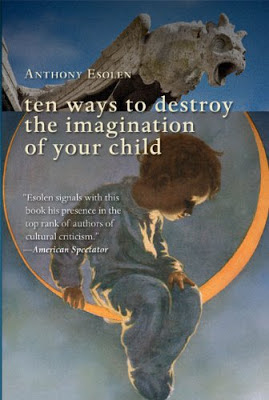 I was about twenty-six pages into the book when I came to the section, Keep Your Children Indoors as Much as Possible, where the author reminisces about growing up in a small mining town in Pennsylvania. It sounded so similar to my own childhood growing up in Whyalla, a mining town in South Australia. My dad, his brother and a few of my cousins still live there but my sisters, brother and I moved away many years ago and we all have joked at times about what a dump it was - it's fairly isolated and it's not a place you just pass through on the way to somewhere else.

Then I came to the next section of his book, Never Leave Children to Themselves, and I thought back to the hours and days we spent as children roaming around the outskirts of the town with no adult watching us. They knew where we were and the place is so flat that all an adult had to do was scan the horizon or look up at the 'mount' where we used to have our adventures to reassure themselves if necessary. Hunger would always bring us home at some point anyhow.

I'd always suspected that my time in this town had given me room to develop in ways life in a well appointed city would never have afforded me, but it took a visit back there to cement this idea. I had an opportunity recently to revisit my old playground and share some of my memories with my three youngest children. My dad has been unwell and I felt I needed to see him sooner rather than later so I made plans to drive the 1625 kilometres interstate and give my 16 year old son, Nougat, an opportunity to clock up some driving hours.
In our family my cool, calm, rational husband does the driving lessons and I don't go anywhere with them until they've done at least 50 hours or preferrably, when they've actually passed their driving test. Nougat only had 12 hours of driving experience but BB insisted that I shared the driving with him so I wouldn't get tired (and had a little talk to him about looking after mum & the younger kids on the trip as he gave him a few emergency tools just in case we had a breakdown). I wasn't keen but acquiesced and was pleasantly surprised at his driving skill. So it was a little adventure for the four of us - a journey of two days to get there and an overnight stop at a caravan park on the way. 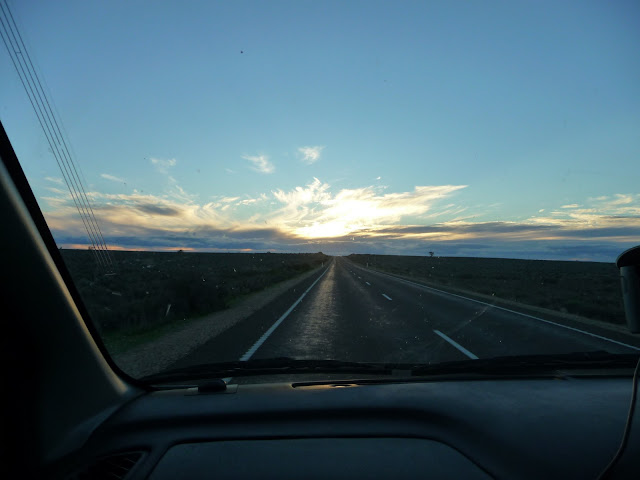 Saltbush, barely a tree, miles between toilet stops!! and no decent size tree nearby for cover..... 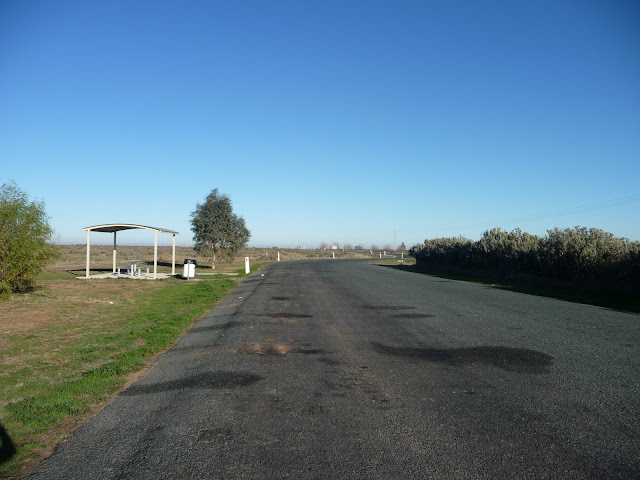 Four emus, a superb wedge-tailed eagle (one of the largest eagles in the world), hawks and the ever present crow were some of the wildlife we saw on our trip. No live kangaroos, which was unusual but a few of their carcassas were to be seen on the edges of the roads.

Long drop dunnies were another experience - they didn't have these out in the sticks when we were kids! 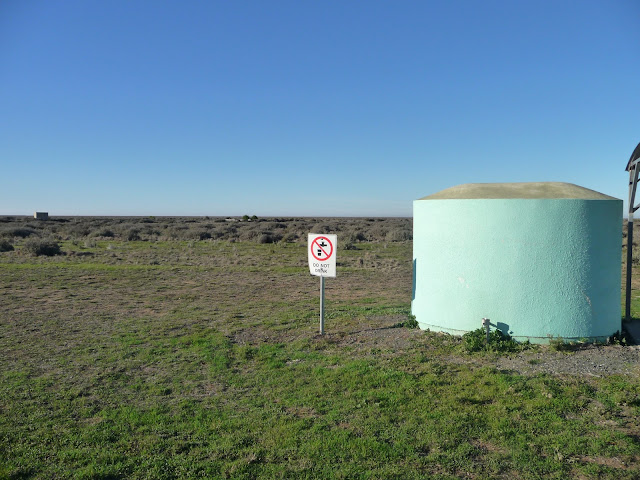 An unexpected oasis - quite a large lake in the middle of a vast plain. There had been a fair bit of rain in previous months 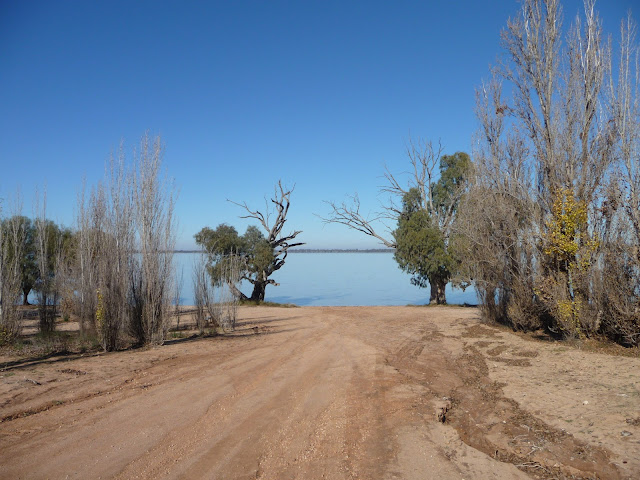 A stop for a cup of tea 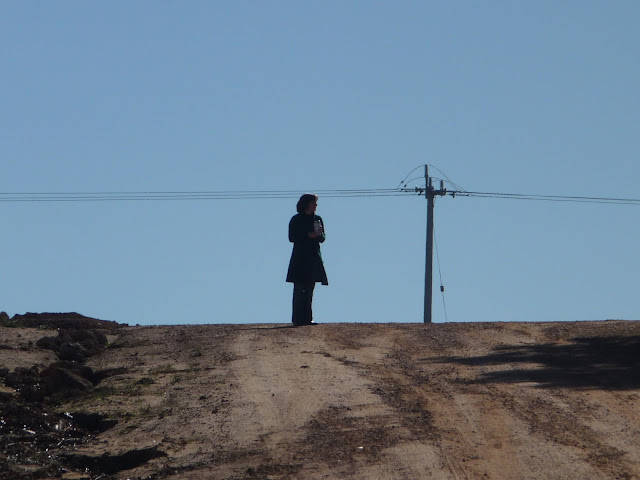 At the closing of day in our drive westward 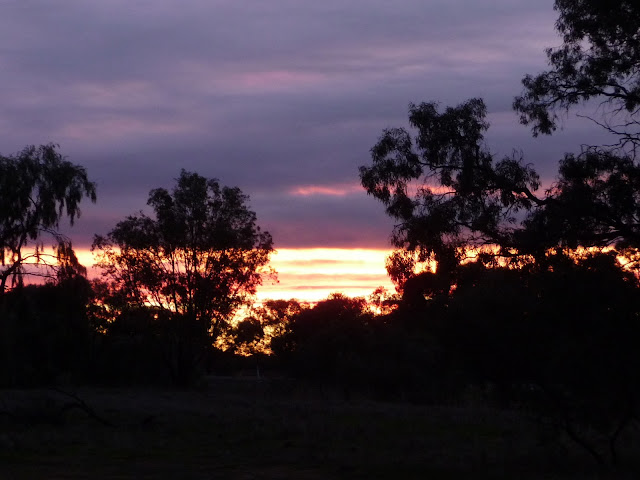 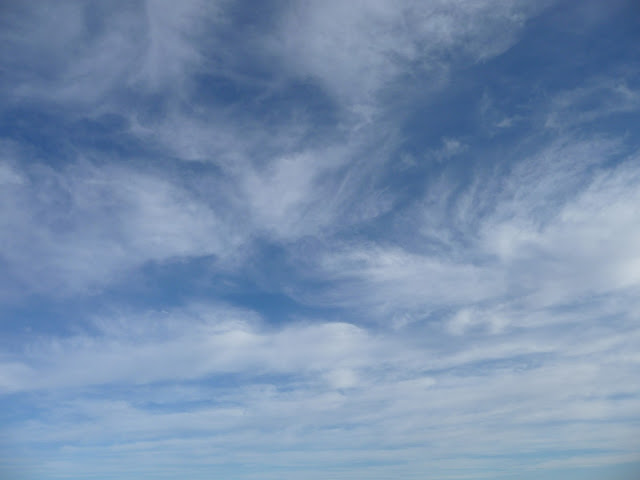 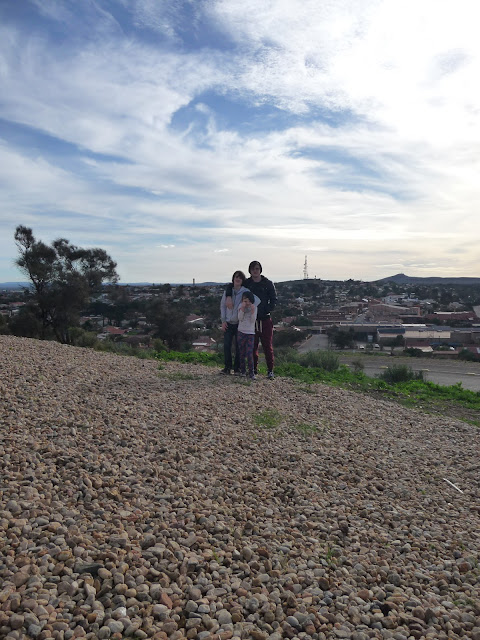 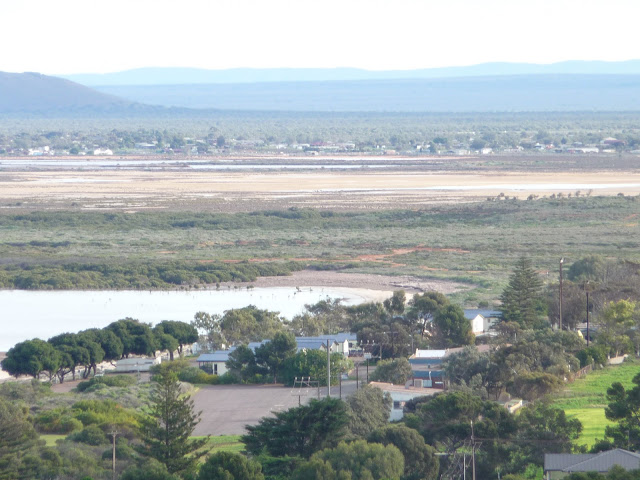 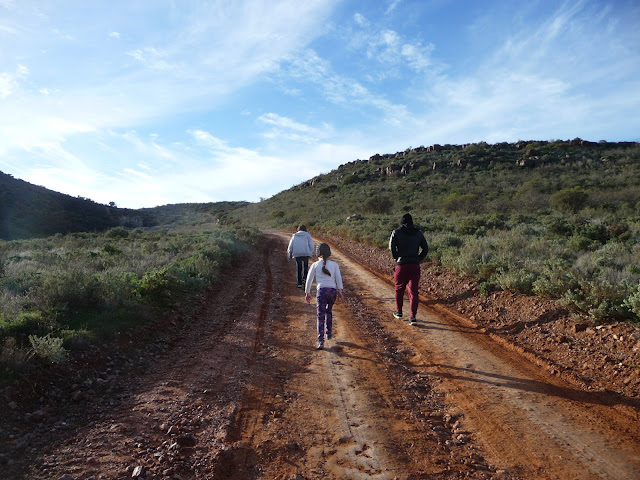 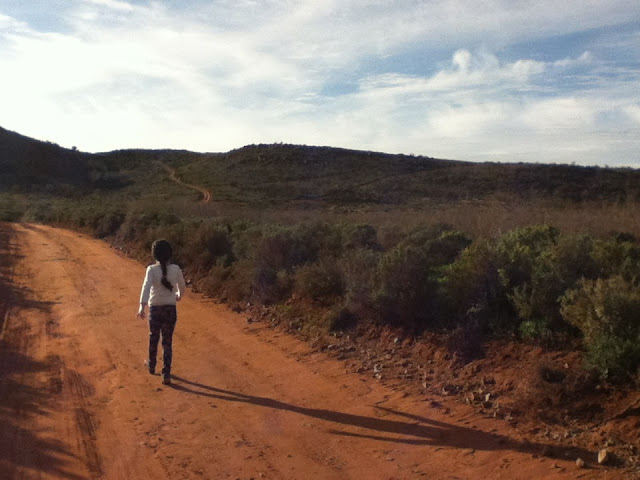 Looking down at our van; beyond is the railway line - unfenced, but I don't remember any accidents - it was used to carry the iron ore which was mined when I lived here 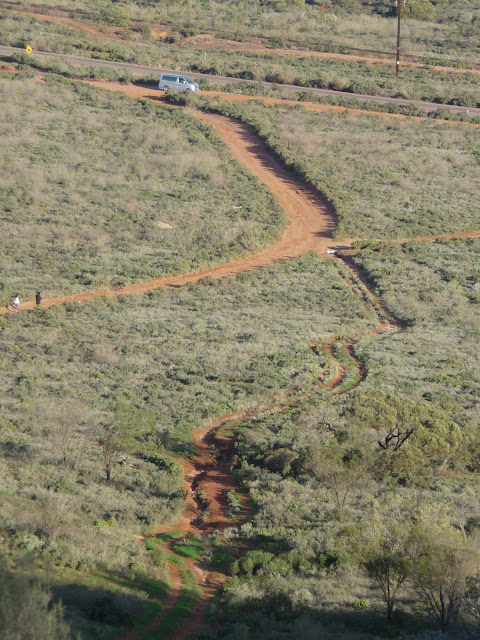 'One way to neutralize this fascination with the natural world is to cordon it off in parks and zoos, and then to act as if only the parks and zoos were worth seeing. Persuade a child that a giraffe he sees once every couple of years is really impressive, but the wren on the fencepost is only a drab little bird....' (Pg. 37) 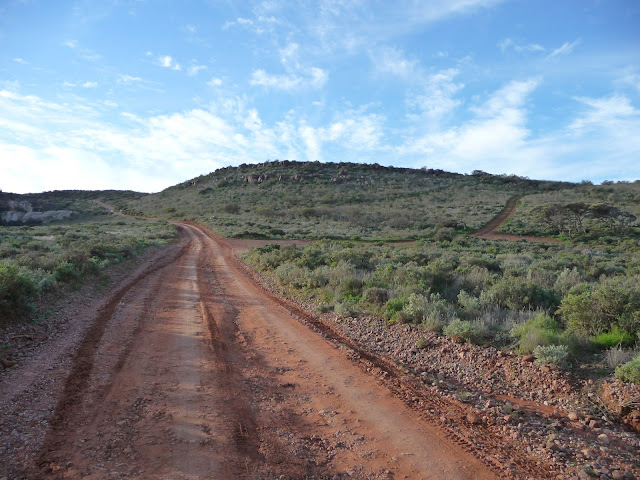 'We talk a great deal about independence, but we loathe it as much as we loathe the blessed freedom of nothing to do. Children no longer play because we have taken from them the opportunity and, I'll insist, even the capacity to play. And this, if we want to kill the imagination, is an altogether healthy thing.' (Pg. 49)

How do you help your child develop his imagination?
How can we prevent our children's imaginations from being destroyed?

What do you do to fight the current trends of raising children?
Do your children ever get the opportunity to be bored or have nothing to do?
I'd love to hear your thoughts on this.

at July 04, 2013
Email ThisBlogThis!Share to TwitterShare to FacebookShare to Pinterest
Labels: Parenting

This is another title I have always wanted to read. Now it is a must, LOL. I have enjoyed the pictures you showed tied to your writings tremendously. As a suburban mom, there is many obstacles we need to overcome, but it is possible to raise kids with imagination and independence. Even in the past (though I am not going to idealize, or try not too), in urban settings (I grew up in a city), we walked and had much more freedom to explore. This day and age are hard, imo, but if we are aware, there is hope we can work to solve those problems and still have a life conducive to a healthy upbringing.

Awareness and imagination on our part - a good start. Now what book are you going to tempt me with next??