I've been reading a chapter of this book aloud each week, mainly to my 14 year old son but my 9 year old daughter always wants to listen in. It has required some editing but it's been easy enough to do it as I go.

The book is a unique and beautiful exploration of the human body - with an unusual twist. The author takes the intricate structure and function of cells, body chemistry, bones, muscles and the myriad other complexities of the human body, and presents them as analogies to the Church, the Body of Christ.
It is such a quotable book. Every chapter I've read has had something that has stood out to me or has prompted questions from my two listeners. My son normally doesn't like anything in the least way medical but he is enjoying this book. 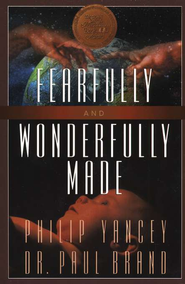 Today we read the chapter, Inside-Out, which presented us with the analogy of the crayfish. This creature has an exoskeleton. This hard, external skeleton protects the crayfish and is its defense against the outer world. We, on the other hand, have an internal or endoskeleton. Our outer bodies are vulnerable, warm and responsive.
And then the author in a twist links the exoskeleton to legalism, where Christians wear their skeletons on the outside. As he looked at the history of the Church, and its areas of failure, the author saw that the failures,

'can be traced to a misunderstanding of the place of the skeleton in the Body of Christ...


As the rules God gave to free His body begin to calcify, we tend to hunker down inside them for protection. We develop a defensive exoskeleton...


But Jesus never described anything resembling an exoskeleton which would define all Christians.'

I've been thinking lately on idealistic versus realistic expectations in regards to bringing up children. Idealism can produce unrealistic expectations. The crayfish analogy revealed an aspect of this to me. When idealism comes up against reality the temptation is to develop an exoskeleton - a hard shell that in reality is a covering  for weakness. We become legalistic and in response our children learn to wear their skeletons on the outside.
The author gives us a sobering thought relating to this:

A troubling phenomenon recurs among young Christians reared in solid homes and sound churches. After living their early years as outstanding examples of Christian faith, many become spiritual dropouts. Did they fail because they concentrated on the exterior, visible Christian life? Did they learn to mimic certain behaviours, nuances of words, and emotional responses? Crayfish-like, did they develop a hard exterior that resembled everyone else's and conclude such was the kingdom of God, while inside they were weak and vulnerable?

Fearfully and Wonderfully Made is scheduled for the upper years of Ambleside Online under Health. It has some adult content which is discussed here but as I mentioned above it isn't difficult to edit.

Wow! That sounds fantastic! I don't usually like anything medical either. Those are neat ideas about living within our skeleton. Thanks so much for sharing - putting book on wish list!

This is great and gives me much food for thought! Is your 9 year old daughter enjoying it? I'm wondering if it's best to wait until an older age or if now (my girls are 10 and almost 9) would be a good time to read it since my girls enjoy all things science and human body at the moment.

I had decided not to do that one but know I am rethinking that stance. As a former nurse, I thought it would be too easy and had no idea about the Church analogies. Food for thought.

Amy, I'm reading it primarily for my 14 yr old and I wouldn't have started it with a younger child. My 9 yr old draws while I'm reading and there's stuff that goes over her head. She enjoys what she 'gets' and always wants to listen when it's time to read it. I think an older child would appreciate the analogies and I'm planning to read the book again to my dd in a few years time.

Must admit that I've had the book for over 10 years and this is the first time I've read it properly. The book's appeal to me (also a former nurse!) are the analogies in the context of the human body by someone who was both a Christian and a pioneer in medical science.

My Teacher's Name is Mama said...

Very interesting! I would love for you to come share with us on "Theology Thursday FOR KIDS!!!" (link-up every Thursday). Hope to see you there!