The Worship of Success

I've almost finished the 2010 biography of Dietrich Bonhoeffer by Eric Metaxas. According to the author, Bonhoeffer was fascinated by the way people worship success. He experienced firsthand the fickleness of the crowds at bullfights when he was in Spain; one minute roaring for the toreador, the next, for the bull. In 1938, just after the infamous Kristallnacht, Bonhoeffer, disheartened by the inability of the Church to be bold and firm in the face of oppostion and suffering, wrote in an Advent letter:

'...God's cause is not always the successful one...we really could be "unsuccessful"and yet be on the right road. But this is where we find out whether we have begun in faith or in a burst of enthusiasm." Pg. 318.

After the fall of France, many understood that Hitler was destroying Germany through success.

Hitler himself saw his success as 'Providential.' Bonhoeffer had a different view:

In a world where success is the measure and justification of all things the figure of Him who was sentenced and crucified remains a stranger and is at best the object of pity. The world will allow itself to be subdued only by success. It is not ideas or opinions which decide, but deeds. Success alone justifies wrongs done...
With a frankness and off-handedness which no other earthly power could permit itself, history appeals in its own cause to the dictum that the end justifies the means...
The figure of the Crucified invalidates all thought which takes success for its standard.
Bonhoeffer, pg 363 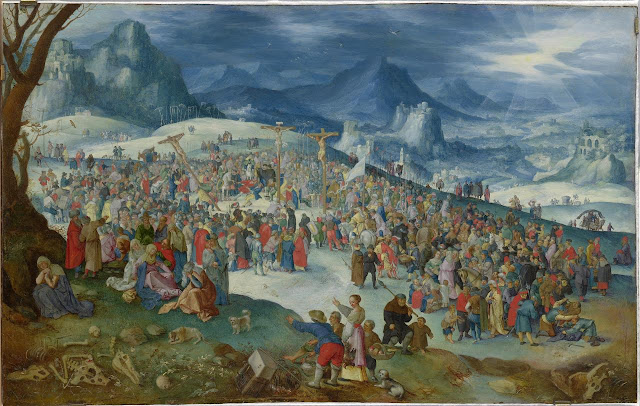 It is not your business to succeed, but to do right. When you have done so the rest lies with God.
C.S. Lewis 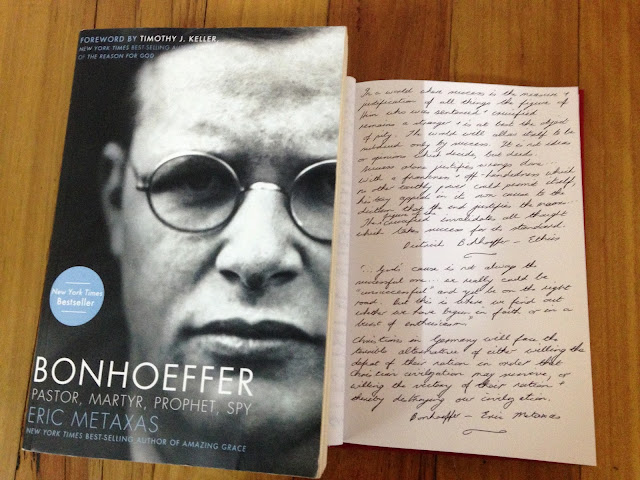 Yes, yes, yes!!! I totally got that from Bonhoeffer. Just do what is right - God is not concerned with our idea of success. It is actually a relief to know that the end result is not in our control. And God can even use a little work from one person and a little more from others to do His will. It is pride that causes us to take on an entire work and responsibility, as if the end result relies totally upon us only.

I love this book. It was intense.

Just what I needed to read and remember. I read Metaxas' biography of William Wilberforce a few years ago. I think I need to tackle Bonhoeffer soon. Seems highly appropriate in so many ways. I love that last C.S. Lewis quote - I hadn't seen it before. A "motto" worth remembering.

I've been biting my nails reading about the plot to assassinate Hitler - and then the failed attempt. Talk about the lack of success!

Yes, it's something I need to remember too! I think the worship of success is something that has gained in momentum since Bonhoeffer first wrote those words.

Hello Carol, I have just found you thanks to someone at CM Aus Facebook page. Excited to follow your blog now, and learn more about how I can Australianise AO. AO3, AO2, and two AO0s here!

Thanks, Annie Kate. I always appreciate your kind comments :)

Thank you for these wonderful quotes. It was really life-changing for me when I was studying the life of Joseph and saw that "God gave him success" when he was a slave and then later as a prisoner. Not our idea of success!

Visiting from Semicolon's Saturday Review of Books. I read that book a few years ago but had totally forgotten about this section. Thanks for the reminder! Interesting thought that the right thing for Germans was not the success but rather the defeat of their nation. How hard it would be to be in their situation and discern the need to pray that way.

Yes, I understand what you're saying. I had the false idea that if I did the right thing, I'd be blessed & would avoid suffering! C.S. Lewis's words are so to the point - it's not my business to succeed.

The fact that he did discern this causes me admire Bonhoeffer all the more. Thanks for taking the time to comment, Barbara. I always enjoy your reviews you post on your blog.

He is one of my favorite people. I am in awe of the way God used him at that time. Thank you for this post. So beautiful....and sadly, how vastly true that we do just that..love of success has led to so many terrible things.

I've missed reading your blog, Carol! This is fascinating! Thank you!

Hi Amy! Hope everything is beginning to settle down for you!