Moozle started Ambleside Online Year 6 about two months ago so I thought it would be a good opportunity to record some of what she does in the way of notebook keeping each week.
I'll start with her favourite:

This is something Moozle really enjoys doing and will often suggest it early in the week. Two weeks ago we started studying earthworms and built a little worm farm to observe them:

A clear jar (glass or plastic)
3 layers - torn newspaper on the bottom, then a layer of dirt and another layer of sand
We used an upturned pot plant base as a loose lid

Keep it moist but don't overwater like we did and nearly drowned them all
Food - teabags, lettuce leaves, crushed egg shells
Cover the container with something dark - we used a black cloth bag 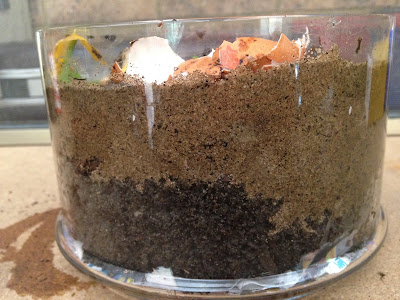 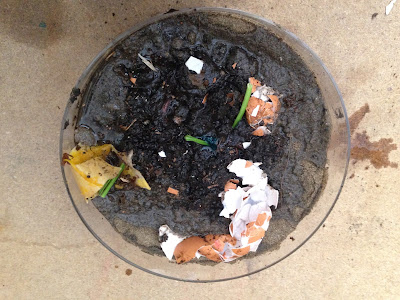 The Handbook of Nature Study by Anna Comstock has some ideas on pages 422-425. She suggested:


For the study of the individual worm and its movements, each pupil should have a worm with some earth upon his desk. 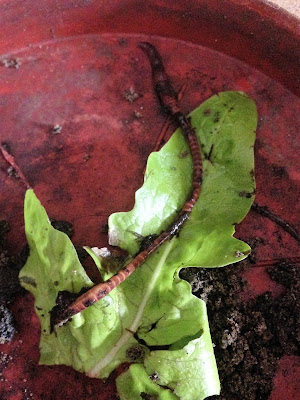 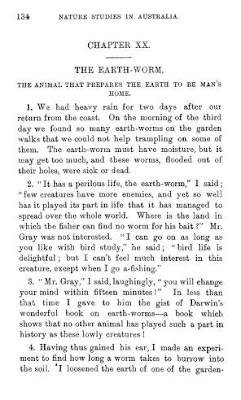 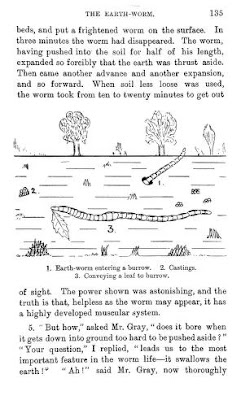 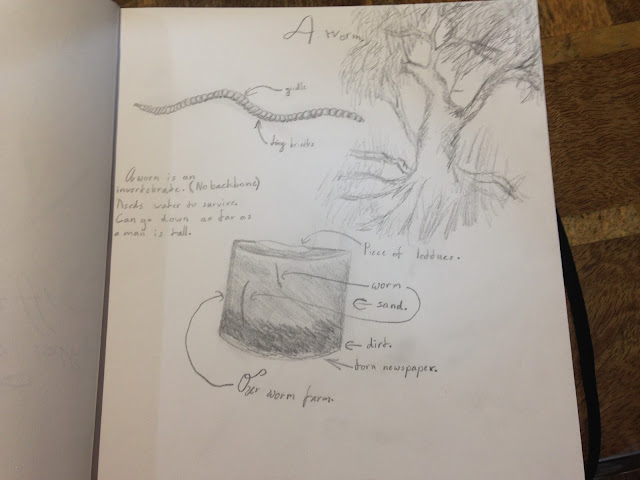 I don't think Charlotte Mason actually used the term 'copywork' (I could be mistaken, but I haven't found it if she did) but she did use the word, 'transcription,' and that it should be slow and beautiful work...


Transcription should be an introduction to spelling. Children should be encouraged to look at the word, see a picture of it with their eyes shut, and then write from memory.

Moozle has been doing this for a number of years now and I have seen a huge improvement in her spelling, especially with the addition of dictation around the time she turned ten. But I still have to watch that her writing doesn't get sloppy. She loves using coloured pens but her writing is often neater when she uses pencil. I usually let her choose her own passages now for copying or give her some choice. Shakespeare, poetry, literature, and Bible verses are some examples of what we've used.


Children should Transcribe favourite Passages.––A certain sense of possession and delight may be added to this exercise if children are allowed to choose for transcription their favourite verse in one poem and another...
A sense of beauty in their writing and in the lines they copy should carry them over this stage of their work with pleasure. 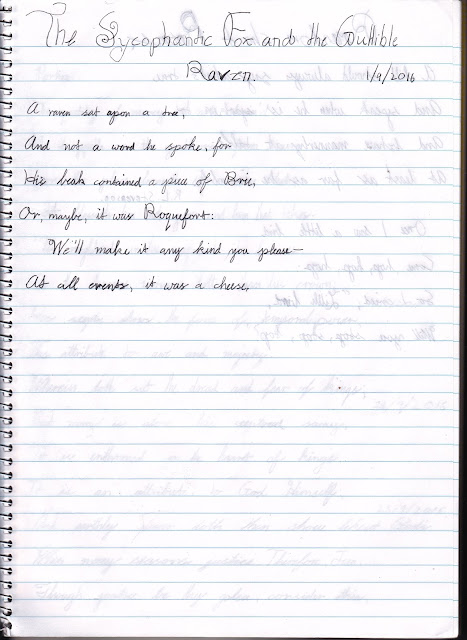 
I found this book  not long ago and we've been using it for French copywork (which we started doing about a year and a half ago). 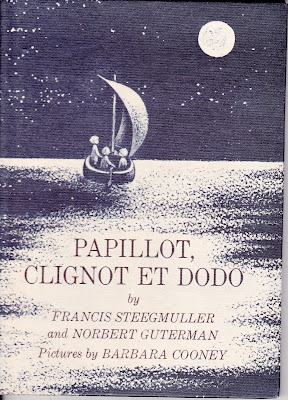 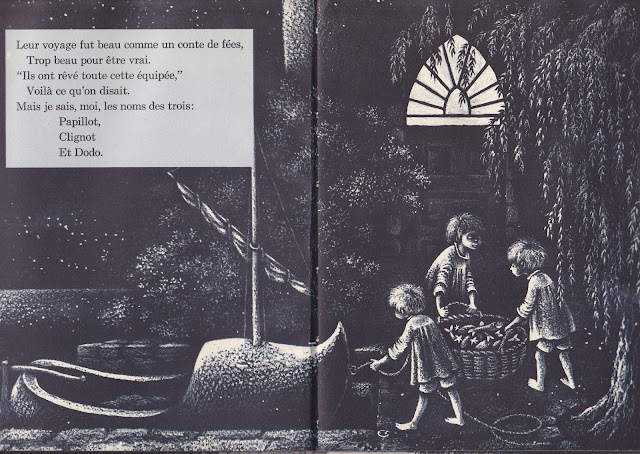 This only gets done once a week at present: 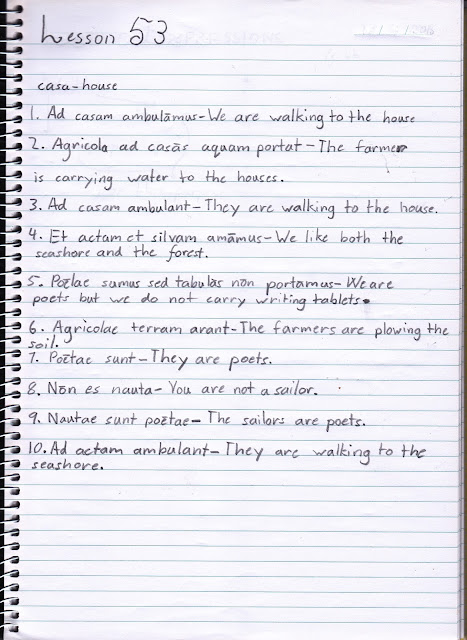 Moozle's Book of the Centuries and timeline is basic and no frills, as you can see below, but it works for her. We use a cheap composition book but I'd like to find a book with a combination of blank and lined pages with better quality paper as pen bleeds through the pages on this one. The entries are updated once a week, which she generally does without prompting now. She has a separate notebook for maps and written narrations on history. 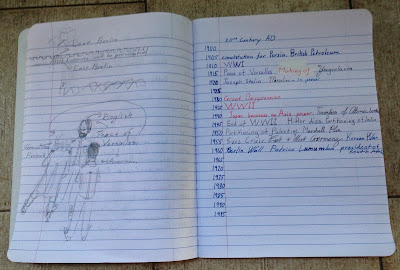 I was quite surprised at how simple the idea of a Book of Centuries originally was. There's a picture here on Page 7 that shows an example. (It's slow to upload)
Some examples of my older children's history timelines and notebooks are here. 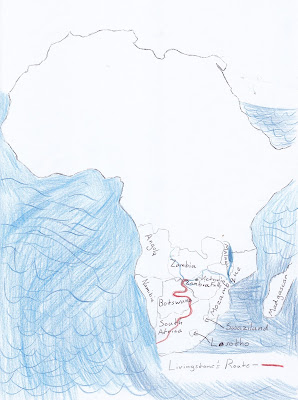 Thank you for posting this, Carol! Very neat to see! :)

I LOVE looking at all this "copywork" and other pictures and signs of the rich education happening at your house and in the minds of your children. It makes me want to look back at the collection of poems I have, copied by my children so long ago....

What a lovely collection of work. It is inspiring.

That is so interesting about the copywork. What does it say about me that I thought the first photo was chocolate truffle and it looked delicious!

And I like the French children's book. I have a few I read to my son when he was very little but wasn't proficient enough myself to continue past "Teddy Berlitz".

...that maybe you were craving some chocolate?

I appreciate you stopping by to say so!

Thank you. Hope everything is going well for you :)

Great notebooking inspiration! We're trying to get in the habit of it more this year. I need to remember, "slow and beautiful work."

Thank you once again for sharing, Carol! I especially like that map there on the bottom. :)

Thanks for the link-up, Celeste!

Lovely work. I enjoy seeing these even though my kids are grown. Nice to see the habits coming out in a child.

Thank you, Lisa. Your blog is lovely, btw.