Miles Off Course is the third book in Sulari Gentill's Rowland Sinclair Novels set in Australia in the 1930's.
Rowland and his three Bohemian friends were enjoying the serenity of The Hydro Majestic in the Blue Mountains of New South Wales, far from the scene of their previous troubles and misadventures (which you can read about in A Few Right Thinking Men and A Decline in Prophets) when their peace was interrupted by the attempted abduction of Rowland. 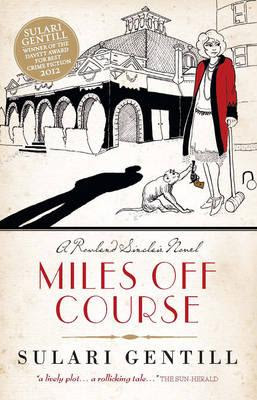 There had been a run of kidnappings in Sydney in recent times, and as the Sinclair family was known to be very wealthy, it was concluded that this was an attempt to obtain a ransom. On top of this, Rowland's older brother, Wilfred, turned up unexpectedly to ask for his brother's help. One of Wilfred's most trusted men, Aboriginal stockman Harry Simpson, had vanished and Wilfred needed Rowland to go to the High Country to investigate and take charge of the drovers looking after the Sinclair stock.
As usual, Rowland friends were adamant they go with him and so the whole party headed off unaware that they are about to become caught up in a web of betrayal, treason and mystery. 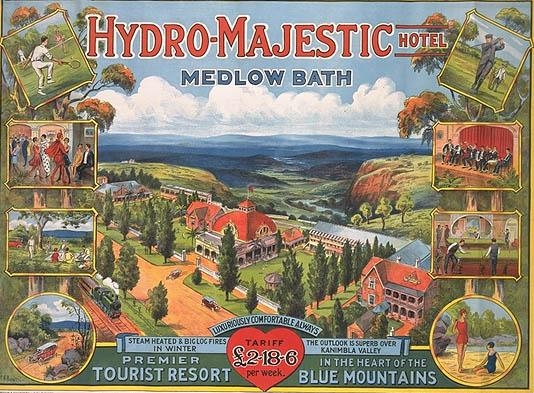 As with the author's previous books in the series, the setting of this novel brings Australia in the 1930's alive, and her skill in weaving a cast of characters into the storyline continues to impress me. A feature of these novels is the use of extracts from the newspapers of the day at the beginning of many of the chapters. One, for example, was about the Lindbergh kidnapping, while others mentioned politics and business.
Miles Off Course features characters such as the artist Norman Lindsay, August Eichorn, Miles Franklin (in cognito and working on her novel later published in 1933 as 'Bring the Monkey') and the sculptor, Frank Rusconi.
It is connections like these and Gentill's enjoyable and thoughtful writing that keeps me coming back to her books.
The next book in the series is 'Paving the New Road,' which takes Rowland Sinclair to Germany at the time of the rise of the Nazi Party. It's not necessary to read the books in order (although that's what I've been doing) but starting with the first book helps to introduce the main characters who feature in each of the books.

Some interesting historical topics in this book:

Mark Foy and The Hydro Majestic

Frank Rusconi & The Dog on the Tuckerbox 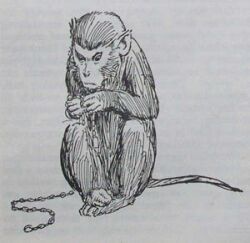 Brona said…
Now that I have just finished book 6 I feel that reading in order would be preferable. From the trip to Germany onwards, things flow on from each other.

Gentill does set each book up in such a way that you could make sense of what is going on, but I think you'd feel like you were missing out on something important.

Brian Joseph said…
These books sound very good. They seem to explore the time that take place in ways that we Twenty - First Century folks might learn from.

Carol said…
The problem with reading them in order is that I don't yet have the next one in the series but I do have some of the later ones!!
17 November 2016 at 22:02

Carol said…
They've mostly been set in places I know well but the history is all new to me. I'm going to be patient and wait - I know I'll get frustrated if I read ahead and find there's something that I've missed from a previous book.
17 November 2016 at 22:06