These are our Australian selections for History & Geography for Ambleside Year 9. I'll do a separate post which will include selections that are not just about our part of the world.

The Buccaneer Explorer: William Dampier's voyages /​ edited and with an introduction by Gerald Norris. (328 pages) 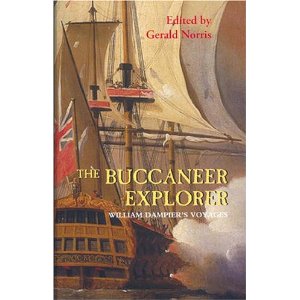 This is a combination of autobiography and voyages written in the first person, singular, by Dampier himself and with separate comment sections from Norris to give background context.
This summary is from the book jacket:

"William Dampier (1652-1715) is the most remarkable seaman that England produced in the century and a half between Drake and Captain Cook. They each circumnavigated the world once; Dampier did so three times. A good seaman, but a bad commander, he spent most of his life as a privateer, buccaneer, or pirate, and his career culminated in the capture of the great treasure galleon sent each year from the New World to Spain. He was also a great writer, author of the first major English travel book, A New Voyage Round the World, and of scientific treatises and descriptions of natural history.
His expedition to Australia was in many ways disastrous, with his ships being lost; but the book that came out of it, A Voyage to New Holland, is rich in evocative accounts of the peoples and places he had found or visited. He was not afraid to record things he could not explain, for 'better qualified persons who shall come after me', and his books were reference works used extensively not only by subsequent voyagers but by modern scientists who continue to cite his observations.This edited account of his voyages gives an admirable picture of this fascinating and unorthodox figure in his own words."

We're using the above book for History, Geography and Biography.
If you just wanted to use Dampier's writings for Geography, a free PDF download of Dampier's account of his voyage to Australia can be found here.

Some free online books about Dampier: 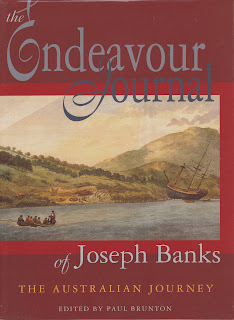 The Endeavour Journal of Joseph Banks (1743-1820) edited by Paul Brunton - pictured here, is an account of The Endeavour's voyage along the east coast of Australia in 1770.

The complete Journals of Joseph Banks, about 460 pgs.are here. Chapters VIII - XIII cover Australia and New Zealand.
This will cover Geography and Natural History/Science as well as History.

The National Maritime Museum has teacher resources relating to Banks.
Joseph Banks & The Royal Society includes a short biography of Banks on pages 58-90.

The Life of Laperouse by Ernest Scott is available as a free download here. It is only 64 pages. A French navigator sent by King Louis XVI of France (the one who lost his head) on a scientific expedition of the Pacific, Laperouse (1741 - 1788) disappeared after leaving Botany Bay. A suburb of Sydney is named after him.


You can read about Cook's link to Canada and the Seven Year's War and further information about his life here and here.
A definitive biography of James Cook is J.C.Beaglehole's, The Life of Captain James Cook; 772 pages, very detailed. Beaglehole was a New Zealand historian who died in 1971. 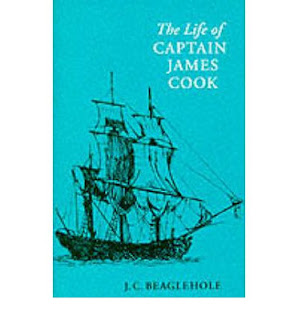 Essays written by Beaglehole on Captain Cook might be an option.
Captain James Cook by Richard Hough is one I'm going to borrow from the library and possibly use. 385 pages; 28 chapters.
The Cannibal Islands by R.M. Ballantyne is a story of Cook.

Matthew Flinders is the Australian choice for History & Geography for this term. Some interesting information about an expedition supported by Napoleon in 1800 in which Nicholas Baudin was dispatched to chart the unknown coast of southern New Holland: National Gallery of Victoria. Matthew Flinders was sent out for the same purpose by Britian.

Sir Ernest Scott (1867-1939) an Australian historian wrote The Life of Captain Matthew Flinders.
You can download the free ebook; 460 pages.
He also wrote an account of French exploration and projects in Australia which is available as a free download. 244 pgs.
By the way, Dodo Press often has free ebooks and I often check to see if they have republished older books.
Another biography of Flinders is by Miriam Estenson which looks promising:

'The Life of Matthew Flinders is a story of persistence and audacious risk-taking, driving ambition and frustration, obstinate determination and doubt. It is a richly detailed account of tragedy and short-lived triumph, of exile on an enemy island, of love thwarted and a painful early death. It is also the story of a man who became one of the great navigators of the nineteenth century, an adventurer who left an indelible mark on a continent and a nation.'

Two other book suggestions for Term 3, which I haven't read yet:

“From ship's boy to vice-admiral, discover how much more there was to Captain Bligh than his infamous bad temper. Meet a 24-year-old Master Bligh as he witnesses the demise of his Captain and mentor Cook; a 34-year-old Lieutenant Bligh at the helm of the famous Bounty then cast adrift by Fletcher Christian on an epic 47-day open-boat voyage from Tonga to Timor; and a 36-year-old Captain Bligh as he takes HMS Providence, in the company of a young Matthew Flinders, on a grand scientific voyage around the world. And all this before he was forty.”

Flinders: The Man Who Mapped Australia by Rob Mundle

A Short History of Australia by Ernest Scott - 346 pages and 30 chapters is a book I'll use as a spine for this year.
Chapters 1 - 8 (up to "Extension of Settlement") looks like it would fit the time period. So that's 98 pages for the whole year.


I used the book below with my youngest son. Alistair MacLean (1922-1987) is an author all my children have enjoyed from around about the age of 13/14 years. Maclean usually writes thrillers and adventure stories (The Guns of Navarone, Where Eagles Dare, H.M.S. Ulysses) that tend to be free of explicit themes, so I was very happy to find he'd written this non-fiction title. I haven't read it myself but Benj enjoyed it. I found this review of the book recently. 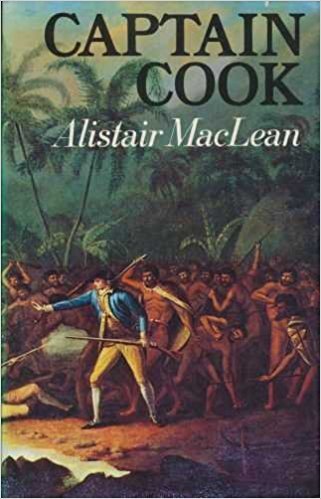 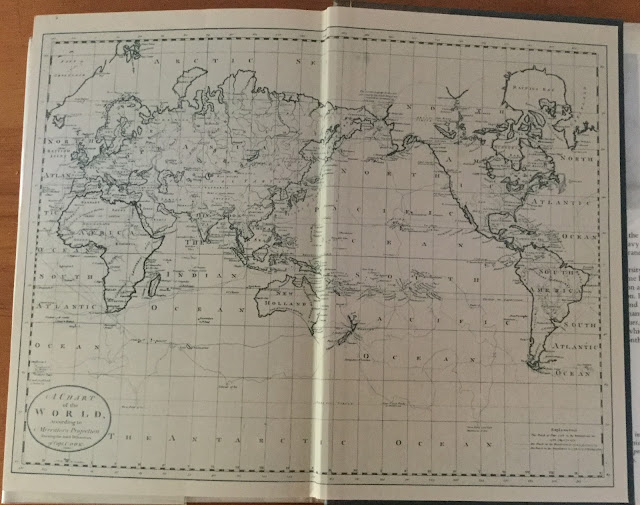 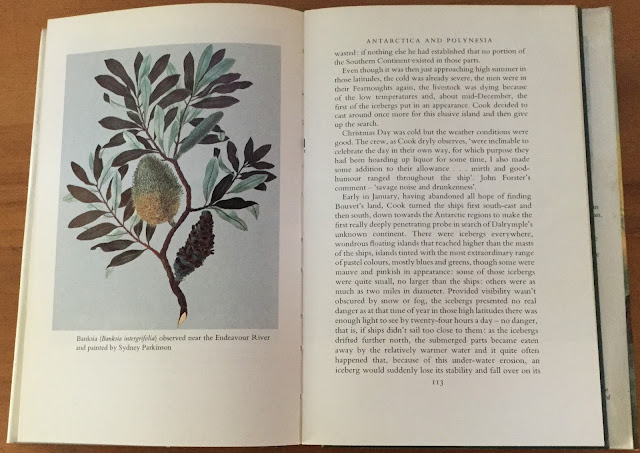 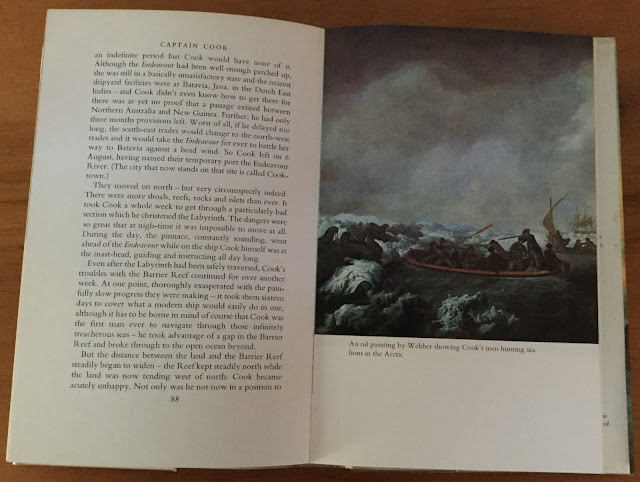 The Captain Cook Society has a website with some helpful bits & pieces.

Excellent suggestions - thankyou! We tend to do far too many text books, and not enough living books - so thanks for these, they would fit in with our studies very well!

These are marvellous. I'll be back! Are you using a general history of Australia as a spine for this period as well? I'm still considering this. So glad you're ahead of me.

Carol
fantastic! hadn't head of these. We're doing Aust explorers this term, any suggestions for my teens (or younger?)

I wasn't going to but I've had a look at A Short History of Australia by Ernest Scott and will probably include that. I'll add it to the post above - let me know what you think of it.

I've found it helpful to google 'archives, Matthew Flinder (or whoever)' there's usually quite a few books available online esp. at the university sites eg Toronto/Cornell - out of print,that is. The book I mentioned to Jeanne has a good contents list that might be helpful or give an idea of some explorers to try. I think you & Jeanne have the heads up on me when it comes to Aussie History!