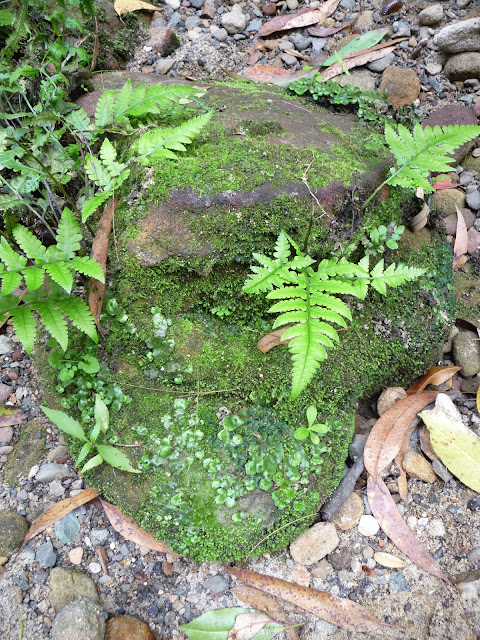 We found this on the top of a pile of mulch. At first glance it looked like yellow flower petals but we had no plants nearby, quite weird. 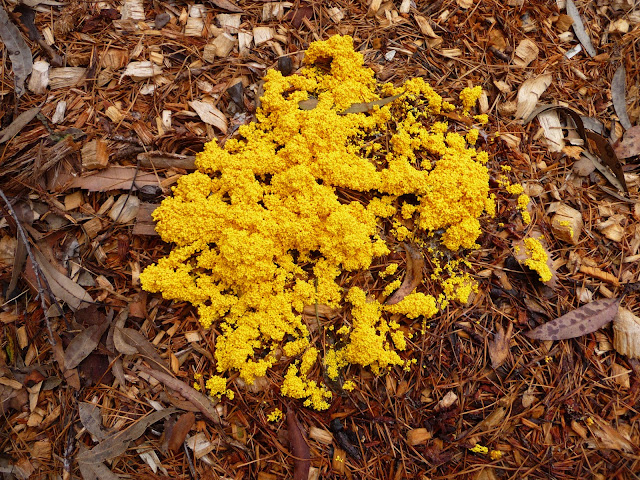 A closer look shows something that looks like corn kernels, but we think it was some sort of fungus. By the next day it was shrivelled up and barely noticeable.
Update: I sent these two photos to  http://www.first-nature.com and I was very kindly sent the following information:

'It is an organism from the group that used to be known scientifically as 'myxomycetes'. We call them 'slime moulds'. The most likely species is Fuligo septica, which goes by the delightful common name of 'Dog Vomit Slime Mould'. There are several others that look very similar.

Myxomycetes used to be considered as fungi, but scientists have reclassified them in recent years. These strange organisms begin life as amoeba-like cells, but at later stages in their complex life cycles some of them can coalesce to form colourful patches like the one you have photographed.


Amazingly, these shapeless blobs can actually move about in search of food!' 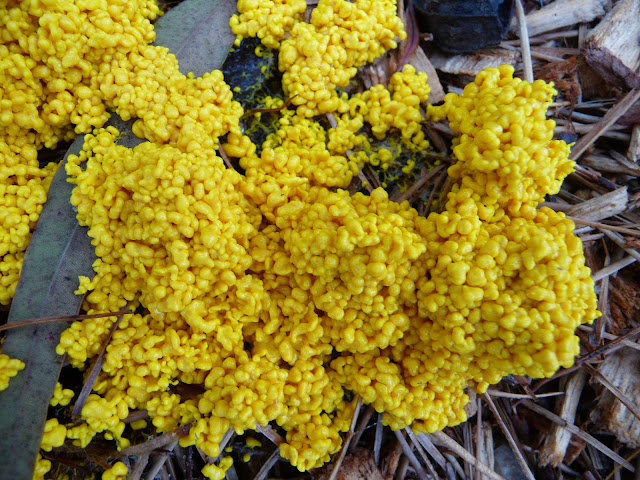 Extraordinary in the Ordinary

Rainbow Lorikeets are very common in our area but on about three occasions we've seen some that can't fly - they don't have tail feathers and proper wings. They could be babies or what are known as 'runners' which are lorikeets that haven't got the ability to fly. Apart from their stumpy look, they appear normal. 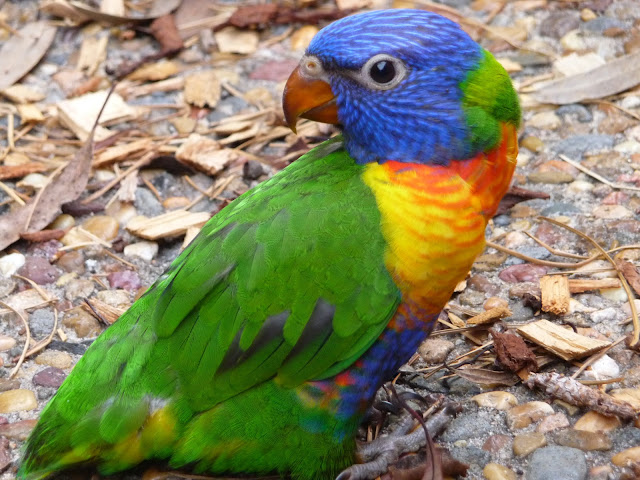 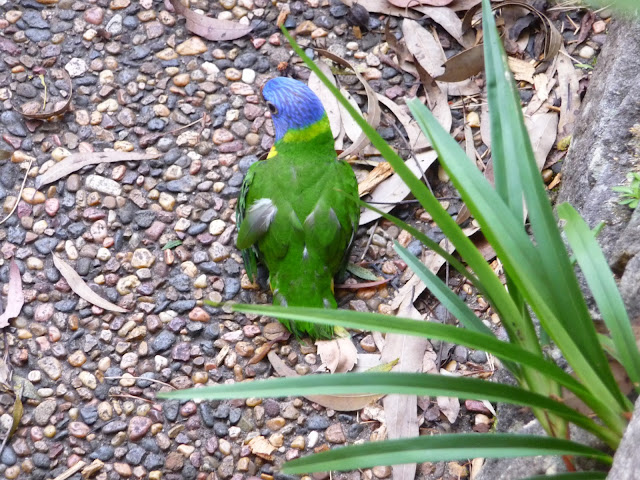 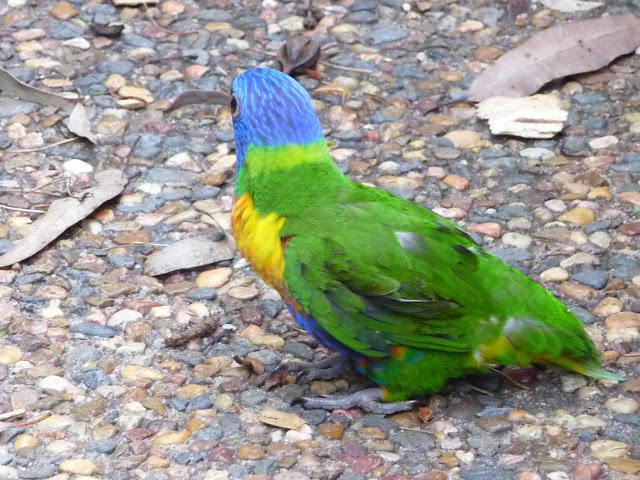 Autumn in the part of Australia where we are is an ideal time for bushwalks. The bush is much less hostile at this time of the year and we've taken advantage of the milder weather and the decreased chance of coming upon snakes and have been bush bashing regularly. 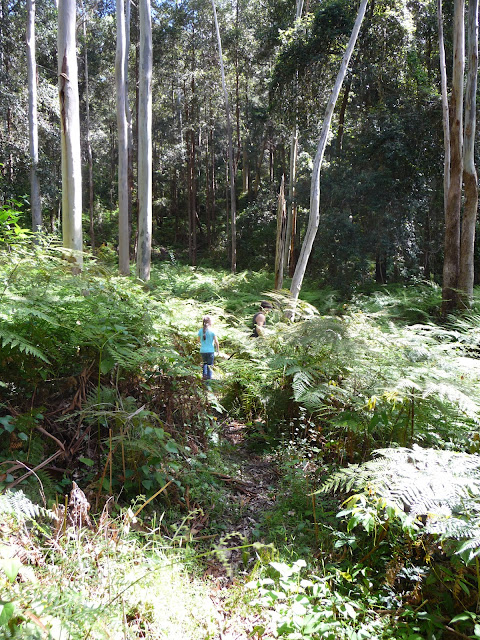 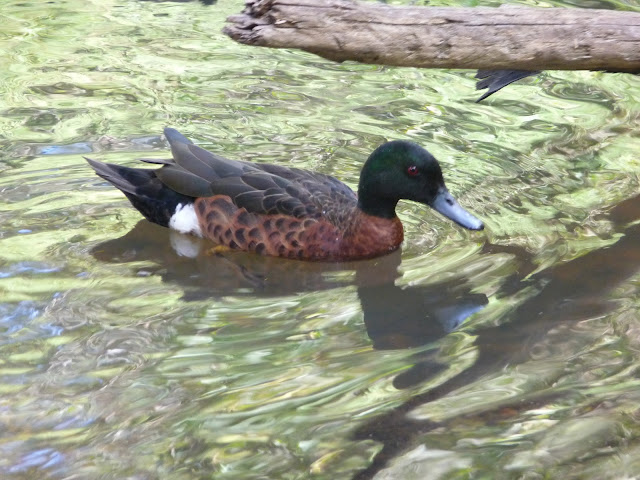 Flowers in the garden 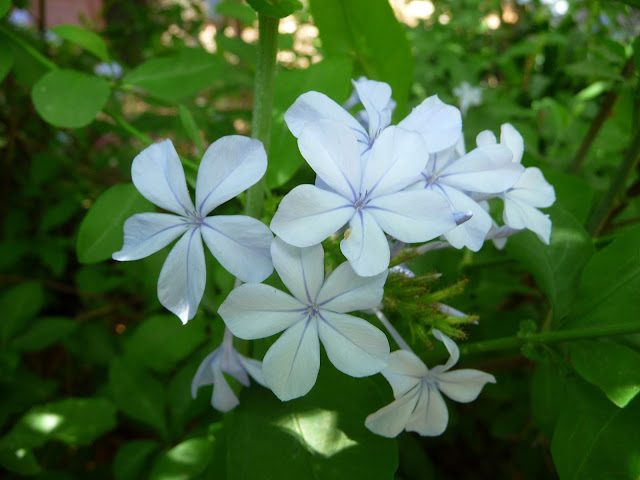 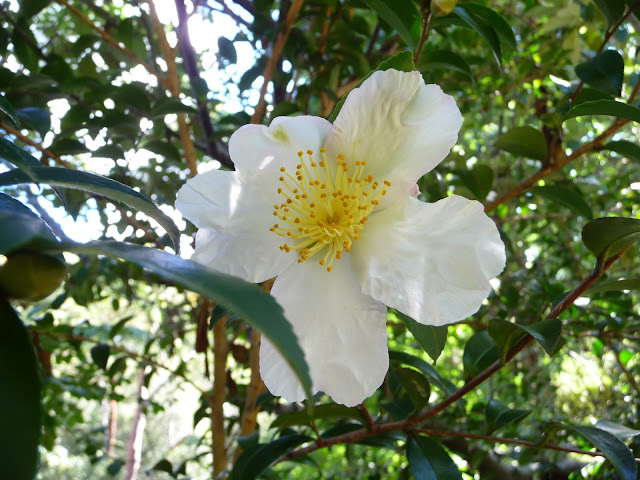 Bromeliad - they only flower every two years 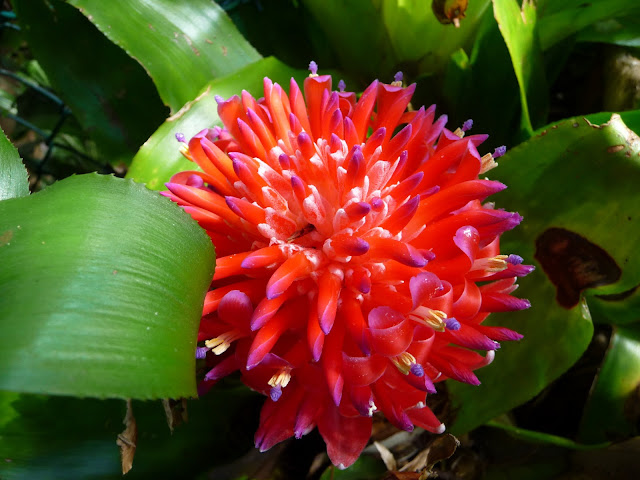 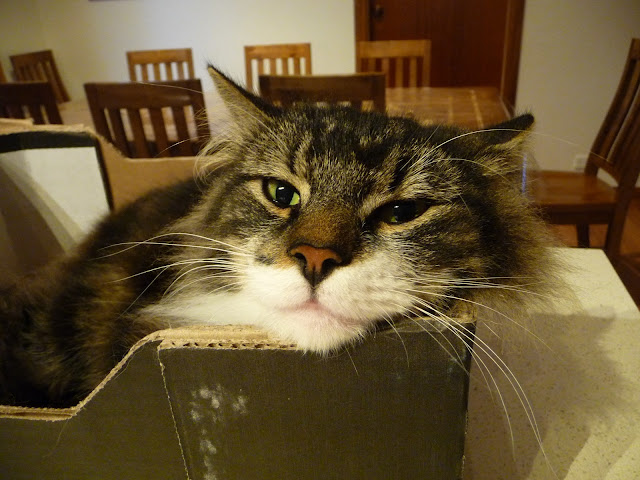 at March 30, 2013
Email ThisBlogThis!Share to TwitterShare to FacebookShare to Pinterest
Labels: Nature Study

Definitely looks like some sort of yellow jelly fungus to me...so very interesting. Thanks for sharing your nature study subjects with the OHC Carnival.

What a spectacular nature walk. Love the last photo of your cat, very cool!

Thanks for sharing the additional information on the slime blob! Good to have resources to help! Beautiful flowers, too!