Nero Wolf is a larger than life eccentric American detective; a genius who spends his life indoors, tending to his orchids and gormandising. His right hand man and general dogsbody, Archie Goodwin, serves as a very entertaining narrator and is the complete opposite in personality and temperament to his employer. "I grinned," is his frequent remark.
The plot of Fer-de-Lance was interesting but I particularly enjoyed the banter, laced with humour, between Wolf and Goodwin.

"...Sit down. I would prefer to have you here, idle and useless, while I purposelessly inspect this futile flower...As I have remarked before, to have you with me like this is always refreshing because it constantly reminds me how distressing it would be to have someone present - a wife, for instance - whom I could not dismiss at will."

"Some day, Archie, when I decide you are no longer worth tolerating, you will have to marry a woman of very modest mental capacity to get an appropriate audience for your wretched sarcasms."

Wolfe lifted his head. I mention that, because his head was so big that lifting it struck you as being quite a job. It was probably really bigger than it looked, for the rest of him was so huge that any head on top of it but his own would have escaped your notice entirely.
Wolfe seemed to have the notion that all he needed to do to have anybody call at his office from the Dalai Lama to Al Capone was to tell me to go and get him, but I knew from long experience that you never knew when you were going to run up against someone with as many feet as a centipede and all of them reluctant.

He was accustomed to say that this was the perfect era for the sedentary man; formerly such a man could satisfy any amount of curiosity regarding bygone times by sitting down with Gibbon or Ranke or Tacitus or Greene but if he wanted to meet his contemporaries he had to take to the highways, whereas the man of today, tiring for the moment of Galba or Vitellius, had only to turn on the radio and resume his chair. 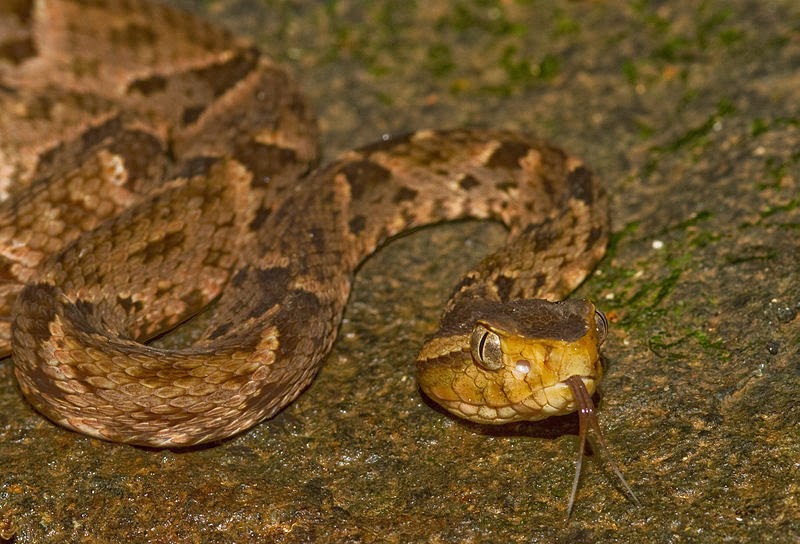 Rex Stout wrote forty-six books in his Nero Wolfe mysteries. Fer-de-Lance was the first in the series, written in 1934, but the books may be read in any order as the main characters do not change. Teenage boys would enjoy this story but it's probably best for around ages 15 or 16 as it has one or two mild adult themes.
When I bought the book it was only available in the format above but I've seen it since as a single volume. I hadn't read anything by Rex Stout before and I would have preferred the individual book but now that I've finished Fer-de-Lance, I'm eagerly anticipating The League of Frightened Men and I'm quite happy I bought the combined volume.
Off the top of my head, I think this is the first detective novel by an American novelist that I've read. All the other books I've read in this genre have been by British authors from what I can recall, except for Ngaio Marsh who was a New Zealander.
Have I been missing some great American detective mysteries?

I keep coming across his books, but have yet to read one. Another author to add to my huge TBR list.

Yes, you have. I'm quite a Rex Stout/Nero Wolfe fan. As for other American mystery writers, I would also suggest Erle Stanley Gardner's Perry Mason mysteries.

Thanks for ending my ignorance, Sherry!

I adore Rex Stout's Nero Wolfe mysteries! Whenever I'm a bit melancholy, they're just the thing to perk me up.

Have you read anything by Raymond Chandler? He's a wonderful American mystery writer. Quite different from Stout, though.

No, I haven't read anything by Chandler yet, but I did see his book, 'The Big Sleep' in a bookshop not long ago. I'd heard of the title but didn't realise he was a mystery writer. I'll have to check that one out unless there's another you could suggest that may be a better introduction to his books.

The Big Sleep is as good a place to start as any. It's probably Chandler's most famous mystery, anyway. It's the first one I read, many years ago, and he has become my favorite author for his absurdly perfect descriptions and snappy dialog.