Some Unconsidered Aspects of Intellectual Training 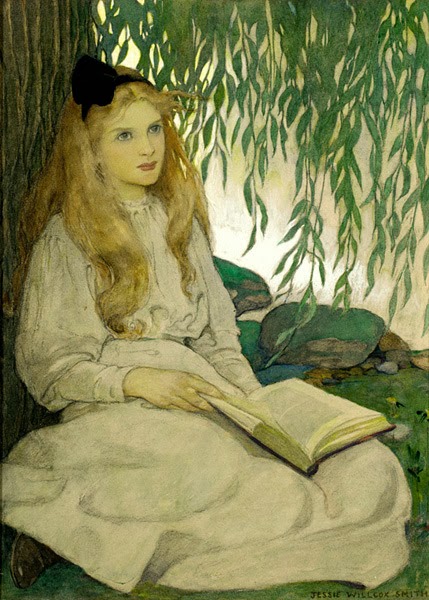 The more I read of Charlotte Mason's ideas, the more I appreciate the legacy of wisdom she's left behind. I also appreciate the work others have done to clothe her educational ideas in ways that make those ideas presentable and do-able a hundred years or so after they were written.
Susan Schaeffer Macaulay was the first person to introduce me to Charlotte Mason's educational ideas. Ambleside Online helped to make her ideas do-able whilst making it clear that to implement a true CM education, I needed to understand the principles behind her philosophy.
I had years of second hand opinions and interpretations of what a Charlotte Mason education meant, some of it helpful, but there's nothing like going to the source. A part of my intellectual training has been reading for myself what CM wrote in her Original Homeschooling Series. The quotes here are from Chapter XI of School Education.

Our thinking is not a separate thing from our conduct and our prayers, or even from our bodily well-being. Man is not several entities... He can work and love and pray and live righteously, but all these are the outcome of the manner of thoughts he thinks.

John Stott demonstrated a direct link between our thoughts and our actions when he said:

Sow a thought, reap an action
Sow an action, reap a habit
Sow a habit, reap a character
Sow a character, reap a destiny.

We didn't really think about our educational philosophy, as such, at the outset. It sort of came together as we went along; but we did pray for wisdom (and still do) and then we tried (and still try) to apply that wisdom and not allow ourselves to get caught up in the ever changing novelties that come and go in educational circles.

Literally, that which is seen; hence, form, image, model of any thing in the mind; that which is held or comprehended by the understanding or intellectual faculties.

...nothing is so practical as a great idea, because nothing produces such an abundant outcome of practical effort...


Ideas are not generally associated with practicality. They are the content of the mind, mental representations, and are sometimes connected with a sense of unreality and impracticality, but here we see the power of an idea in initiating actions.


Genius itself, we have been told, is an infinite capacity for taking pains; we would rather say, is the habit of taking infinite pains, for every child is born with the capacity.


The word genius brings to mind people the likes of Thomas Alva Edison, Albert Einstein, William Shakespeare and Leonardo da Vinci - each of whom had great strength of mind which translated into abundant practical effort. Thomas Edison was labelled addled by his teacher but he was born with a capacity i.e. with the power of receiving ideas or knowledge, and if he hadn't developed the habit of taking infinite pains with his work his life would have passed unnoticed. It's sobering to think how much might have been lost to mankind by the neglect of this habit.


There is nothing sadder than the way we allow intellectual impressions to pass over the surface of our minds, without any effort to retain or assimilate.


How many times have I done this?!!
I underline passages, scripture or quotes that stand out to me as I read.  It's telling that often when I go back through books I've read and see what I've underlined, I think, 'Why on earth did that strike me at the time?' and I am clueless because I allowed it to pass over the surface of my mind.
Taking the time to write some notes in the margins or in a notebook makes all the difference for me.

One of the reasons I'm writing here about what I've read in CM's homeschooling series is for my own discipline because I know that thoughts disentangle themselves as they flow through my lips and fingertips. I want these ideas to have a practical outcome which will only happen if I let them make an impression on my mind.

Hi Carol,
We talk a lot about ideas, but you know, I've never taken the time to really stop and think about what 'idea' really means. Thanks.

Thank you for sharing what many of us are trying to figure out: how to train ourselves! It seemed to be a common thread in many of the blog carnival posts.