When my eldest son was about ten I found a book in the children's section of the library I thought looked promising and brought it home. When my husband saw it he recognised the author and said he'd loved his books when we was a boy.

Willard Price (1887-1983) wrote fourteen books in his Adventure series for children starting with Amazon Adventure in 1949 and finishing with Arctic Adventure in 1980, in addition to authoring a number of travel books for adults. 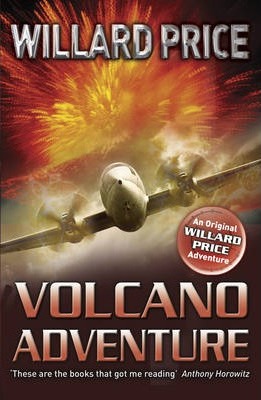 Hal and Roger, the nineteen and fourteen year old sons of the famous naturalist and animal collector, John Hunt, have been given a year off from their studies to gain practical experience on scientific expeditions.

In Volcano Adventure, written in 1956, the two boys are working under the supervision of a world famous volcanologist and the book begins with them half way up an exploding Japanese volcano in the middle of the night.
Hair-raising and highly improbable adventures occur in rapid succession; geological discussions and facts scattered throughout provide the young reader with a wealth of information.

The author knew his natural history and had the ability to pass this on to children through his books and this was brought home to me when I was reading A Child's Geography: Explore His Earth by Ann Voskamp to 9 year old Moozle.

I was going through the section on earthquakes and volcanoes and she'd stop me and say, "I read about that in Hal and Roger..." and then proceed to tell me about what happened in Volcano Adventure. I was quite surprised at the amount of stuff she had picked up reading this book. Of course, some of the information is outdated now, but he wrote out of his personal experience and interest and that pervades his writing.

Volcano Adventure describes events that actually happened: the Tin Can Islands were evacuated during an eruption, divers discovered the submerged Falcon Island, a bell containing observers did actually descend 1,250 feet into the boiling crater of Mihara in Japan.

The author visited all the scenes described in the book and in order to gain information on volcanoes he climbed Mauna Loa, Asama, Aso, Mihara, Kilauea, Paricutin and Vesuvius and flew over Stromboli, Etna, Popocatepetl, Pelee, Momotombo, Izalco, Uracus and Apo!

We have all fourteen books - accrued since we found the first one 13 years ago - and they have been devoured by one and all. They were a wonderful series for my late reader, giving him enough action and interesting information at the same time as being a not too difficult read.

There are some minor elements of evolution that occur in some of the books but Volcano Adventure is free from any mention of it.

I recommend them for children around the ages of about 9 years to encourage an interest in the natural world and also for older boys who struggle with reading and love an adventure.

Heather said…
Our library has two, Volcano and Diving Adventure. I've requested both of them. Thanks for the suggestions, Carol.
29 May 2014 at 23:53 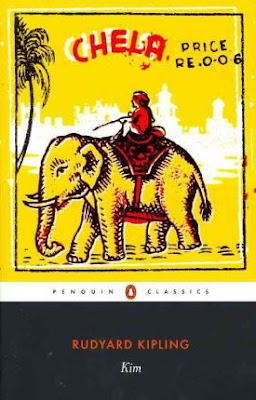