Twelfth Night (or What You Will) by William Shakespeare

We spent 9 weeks reading through this play, one of the Bard's comedies from 1601.

We listened to this Naxos CD while reading the text which is online here. 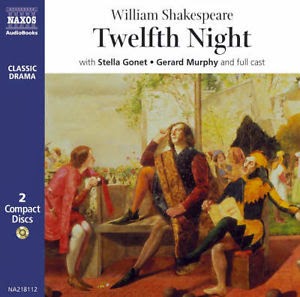 I read along following the Oxford School Shakespeare which has side notes, commentary, and ideas for writing and other activities. I'd only use it with upper high school students as some of the content has adult themes and interprets Shakespeare's veiled language more explicitly. 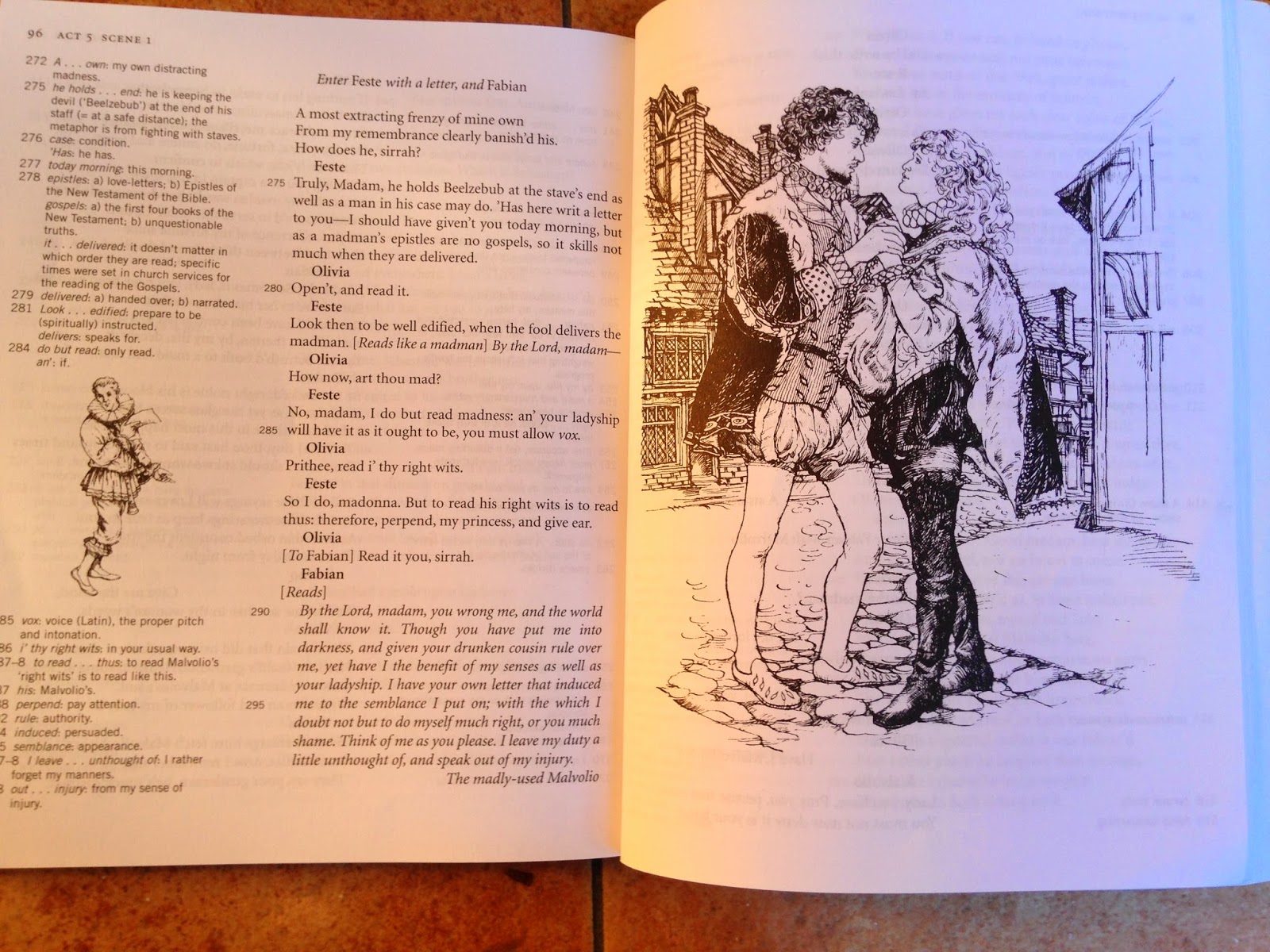 The story begins at the palace of Orsino, Duke of Illyria. He is dispirited and miserable at the treatment meted out to him by the Countess Olivia who has rejected his love suit. Meanwhile, Viola and her twin brother Sebastian are shipwrecked and separated from each other. Viola arrives in Illyria, believing her brother to be drowned, and for her own safety she disguises herself as a boy, calling herself Cesario, and enters Duke Orsino's household as his servant.

Twelfth Night is a romantic comedy and includes mistaken identity, a duel of sorts, trickery, drunken house guests, unrequited love and a pompous steward who thinks the Countess is in love with him.
By the end of the play, three marriages are made, the pompous steward has been dealt with and the twins are reunited. 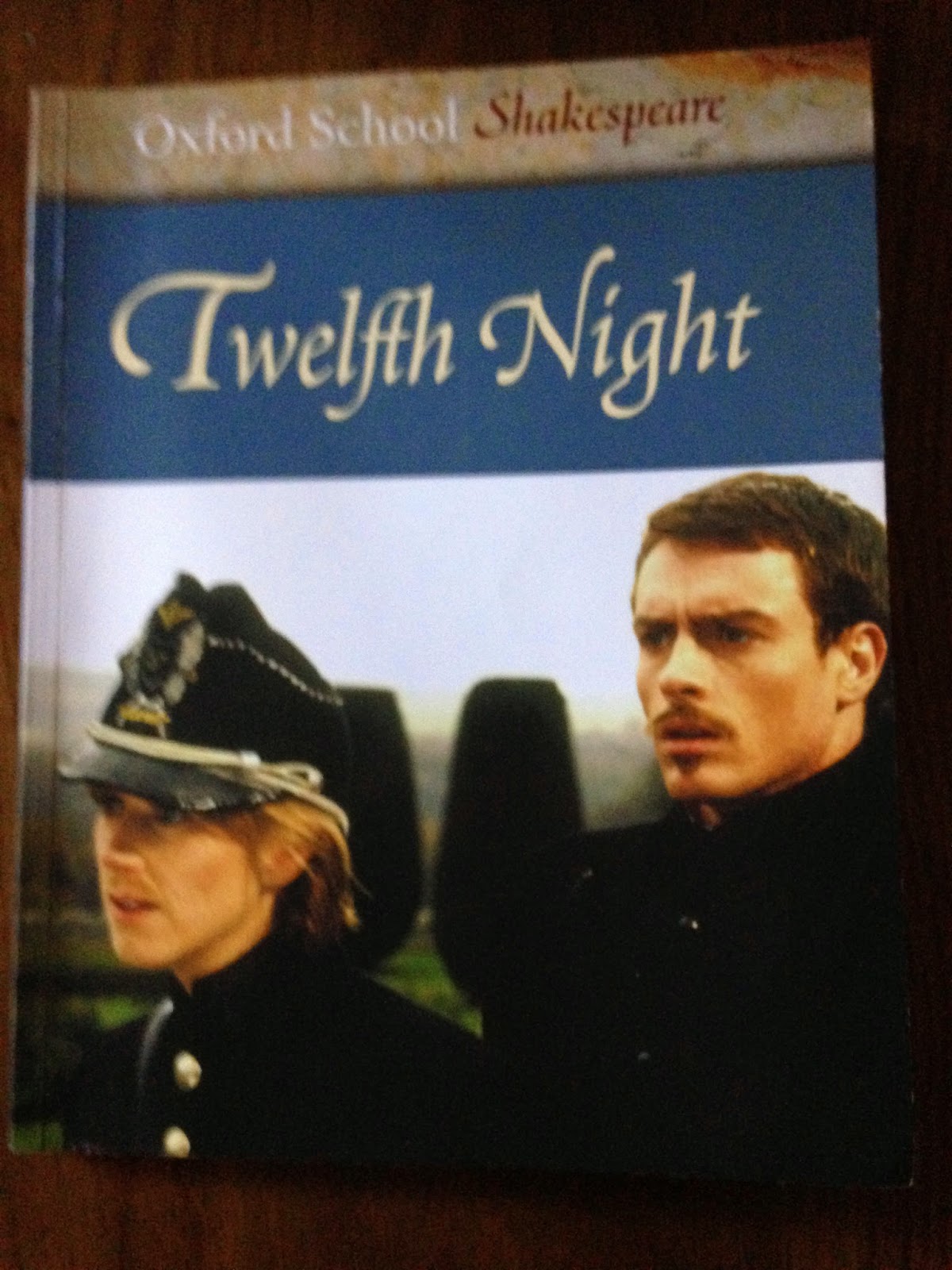 One of the scenes we enjoyed most was when Malvolio the steward reads a letter supposedly come from Olivia, but actually composed by Maria her lady-in-waiting, which makes him believe she loves him. It is a hilarious picture of a man who is blinded by self-conceit and affectation. He takes to heart the words Maria composed below, is lured by her trickery, and exposed for the fool that he is.

'Some are born great, some achieve greatness, and some have greatness thrust upon 'em.'

Orsino: "If music be the food of love, play on, Give me excess of it, that, surfeiting, The appetite may sicken and so die..."

Sir Toby: "What a plague means my niece to take the death of her brother thus?..."

Maria: "Nay, either tell me where thou hast been, or I will not open my lips so wide as a bristle may enter..."

Antonio: "Will you stay no longer? Nor will you not that I go with you?"

Orsino: "Give me some music. Now good morrow, friends."

Viola: "Save thee, friend, and thy music! Dost thou live by the tabor?"

Olivia: "I have sent after him, he says he'll come: shall I feast him? What bestow of him? For youth is bought more oft than begg'd or borrow'd."

Feste: "Will you make me believe that I am not sent for you?"
Sebastian: "Go to, go to, thou art a foolish fellow, let me be clear of thee."

Fabian: "Now as thou lov'st me, let me see his letter."
Feste: "Good master Fabian, grant me another request."
Fabian: "Anything."
Feste: "Do not desire to see this letter."
Fabian: "This is to give a dog, and in recompense desire my dog again."

A great while ago the world begun,
With hey, ho, the wind and the rain,
But that's all one, our play is done,
And we'll strive to please you every day. 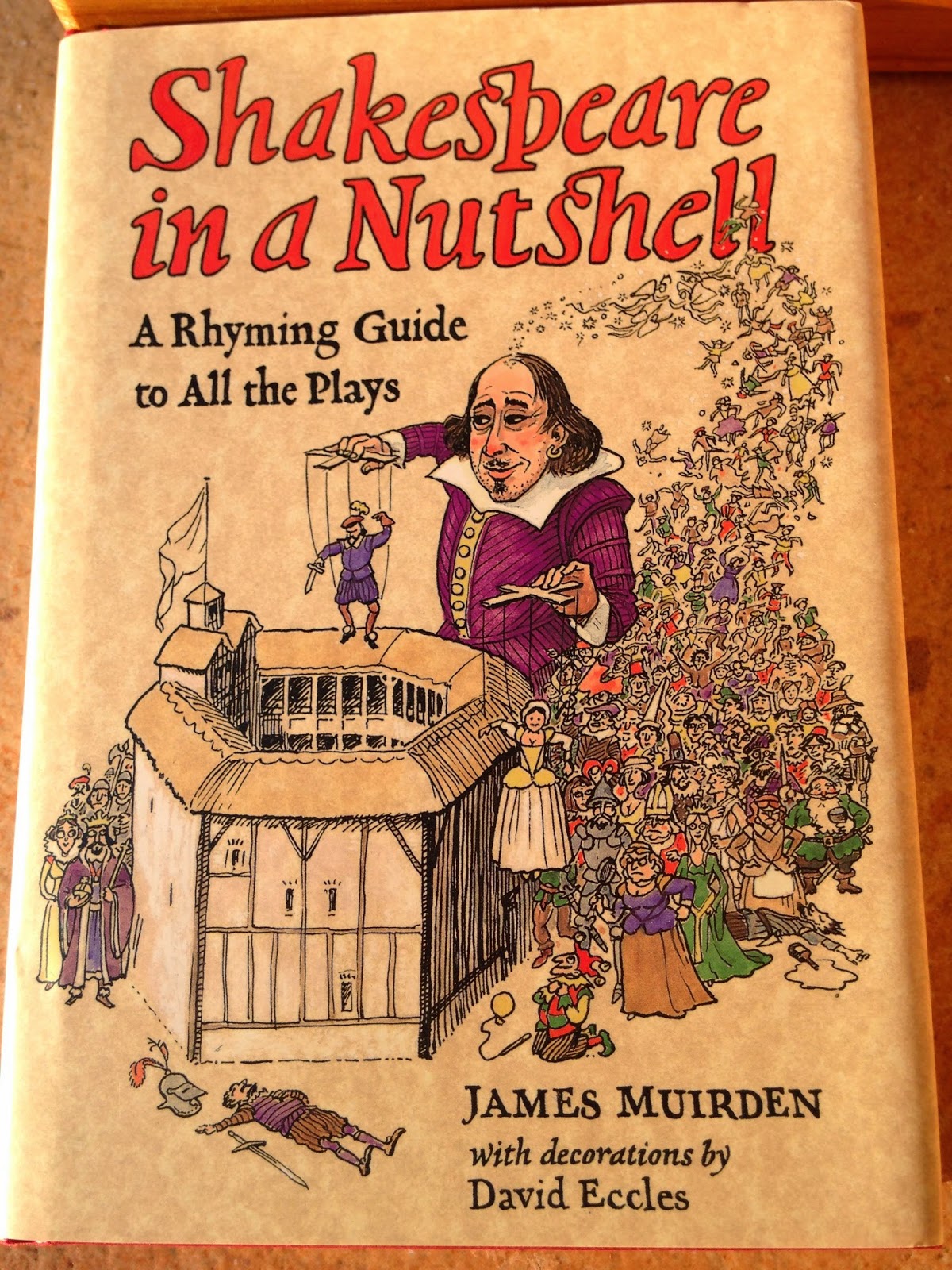 I picked up the book above, Shakespeare in a Nutshell: A Rhyming Guide to All the Plays by James Muirden at a Lifeline sale the other month.
The author says in the introduction that school turned him right off Shakespeare and it wasn't until 20 years later that he met him again and began to appreciate his work. He wrote this book as 'a convenient and enjoyable introduction to Shakespeare's plays.'
Each of Shakespeare's thirty-eight plays has been distilled and captured in verse and they serve as a quick and quirky way to brush up on a play or get an overall picture of the story line.


When Viola, to her surprise,
Is safely cast ashore,
She finds a post (in male disguise)
At Count Orsino's court, and sighs
For his embrace; but he just eyes
Olivia, next door...

Thank you for including this post in the Charlotte Mason Blog carnival, Patti.This is an innovative approach to studying this play!

Twelfth Night is one of my favorite Shakespeare plays! We used the Shakespeare Made Easy books which was nice because it has the original on one page and a modern translation on the opposite page. We found a nice audio of the original play and listened to that as we followed along with it in the book. Then we watched the movie after we finished reading the play.
Karen

Twelfth Night is one of our favorites as well. I love how you broke your unit study down by week .. very helpful! :)

What does it say about me that I always feel sorry for Malvolio? I don't enjoy Twelfth Night for that very reason. Yes, he is conceited and affected, but the other characters are so cruel to him.

I'm afraid that high school scared me off of Shakespeare, just as it did the author. Also scared me off of Chaucer's Canterbury Tales. Maybe it's time to revisit :) I love your idea of listening to it as you read it. Bet that made it more enjoyable.

That you're probably more tender-hearted than I am, Sherry!
The Oxford Guide says, 'The problem of Malvolio is solved...if the play is viewed in a "festival" context.' Malvolio was 'the caricature of an unpopular figure' of the time whose 'official position makes him vulnerable to satire and it is his official duty to take it in good part.'

Thanks for sharing at the Finishing Strong Link-up!

This is great! Thanks for sharing with the Carnival of Homeschooling!