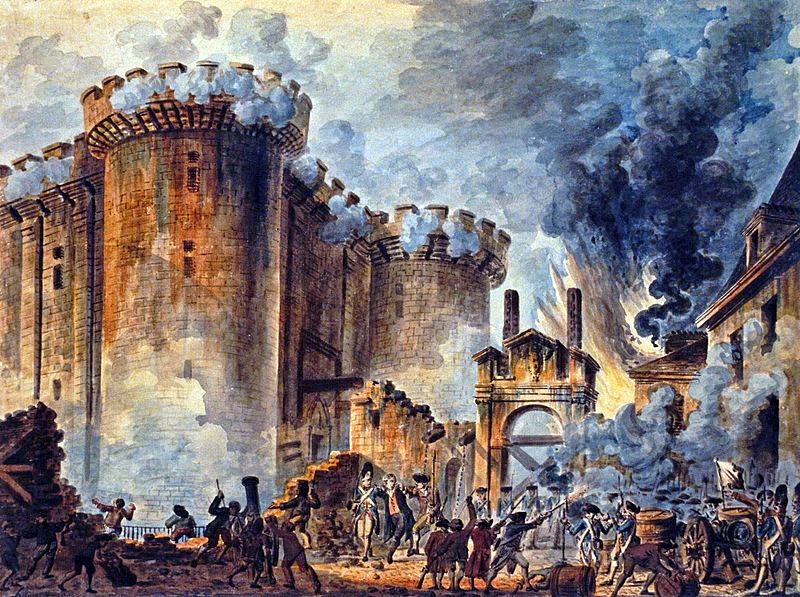 *   Charles Dickens wrote fifteen novels, the final book remained unfinished at the time of his death. Two out of the fifteen were historical fiction - Barnaby Rudge, written in 1841 and A Tale of Two Cities in 1859.

*  A Tale of Two Cities begins and ends with famous lines that are familiar even to people who haven't read the book.

*  The 'Two Cities' refer to London and Paris where the story takes place.

I'm a long-term admirer of Charles Dickens' writing, but some of his books have more developed plots than others and flow with an intensity that sweeps the reader along, regardless of the fact that they are often convoluted sagas.  A Tale of Two Cities is certainly in that category, although it is shorter in length (about 450 pages) than some of his others.
Dickens paints a large canvas in which the atmosphere of London's Old Bailey and the unrest and terror of the French Revolution form the background. Against this background he places such memorable characters as Mr Cruncher, the grave robber, and Mr Lorry, the old faithful friend and 'man of business.' Miss Pross, the devoted servant; Madame Defarge, formidable and implacable, and Sydney Carton, the dissolute young man - not to mention the three main characters - Doctor Manette, his daughter Lucie and Charles Darnay - plus a host of seemingly unconnected individuals.
One of the most pleasurable aspects of reading Dickens is the way he handles both tragedy and humour, often in quick succession, without losing the sense of either. He is an expert wordsmith.
...Mr Lorry looked at Jerry in considerable doubt and distrust. That honest tradesman's manner of receiving the look, did not inspire confidence; he changed the leg on which he rested, as often as if he had fifty of those limbs, and we're trying them all; he examined his finger-nails with a very questionable closeness of attention; and whenever Mr. Lorry's eye caught his, he was taken with that peculiar kind of short cough requiring the hollow of a hand before it, which is seldom, if ever, known to be an infirmity attendant on perfect openness of character.

"I should have hoped, gentlemen both," said the spy, always striving to hook Mr. Lorry into the discussion, "that your respect for my sister—"
"I could not better testify my respect for your sister than by finally relieving her of her brother," said Sydney Carton.

It was in vain for Madame Defarge to struggle and to strike; Miss Pross, with the vigorous tenacity of love, always so much stronger than hate, clasped her tight, and even lifted her from the floor in the struggle that they had.

So far I've read eleven of Dickens' novels and have re-read some of those. A Tale of Two Cities is high on the list as one of my favourites. Besides being a great story, Dickens' use of the historical context recreates the time period in a way not easily forgotten.
My favourite books by Dickens are:

A Tale of Two Cities is scheduled as a free read in Year 9 of the Ambleside Online Curriculum but it would also be a worthwhile read aloud.
Madame Defarge's culminating vengeance grew from the injustice her family suffered, but in the end she became a perpetrator of injustice herself.

There were many women at that time, upon whom the time laid a dreadfully disfiguring hand; but, there was not one among them more to be dreaded than this ruthless woman, now taking her way along the streets. Of a strong and fearless character, of shrewd sense and readiness, of great determination, of that kind of beauty which not only seems to impart to its possessor firmness and animosity, but to strike into others an instinctive recognition of those qualities; the troubled time would have heaved her up, under any circumstances. But, imbued from her childhood with a brooding sense of wrong, and an inveterate hatred of a class, opportunity had developed her into a tigress. She was absolutely without pity. If she had ever had the virtue in her, it had quite gone out of her.
Unforgiveness, injustice and revenge; loyalty and self-sacrifice; faithfulness, courage and love - there is so much in this book that lends itself to some great discussion. 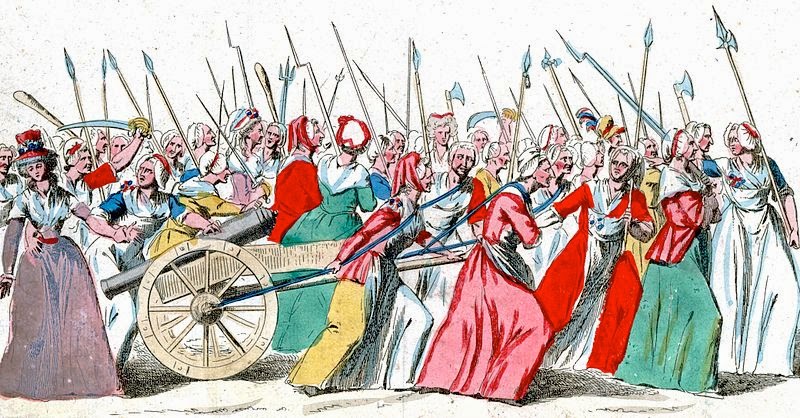 ...the day came coldly, looking like a dead face out of the sky. Then, the night, with the moon and the stars, turned pale and died, and for a little while it seemed as if creation were delivered over to Death's dominion.
But, the glorious sun, rising, seemed to strike those words, that burden of the night, straight and warm to his heart in its long bright rays...
A trading-boat, with a sail of the softened colour of a dead leaf, then glided into his view, floated by him, and died away. As its silent track in the water disappeared, the prayer that had broken up out of his heart for a merciful consideration of all his poor blindness and errors, ended in the words, 'I am the resurrection and the life.'

Labels: Ambleside Year 9 Back to the Classics 2015 Charles Dickens Literature The Classics Club

Sarah said…
One day I would like to read this novel. I ave read only one of C.D 'A Christmas Carol' , but I have 'Great Expectations' as my 'Forgotten classic' in the classics challenge. Lets hope I get through them. :)
20 February 2015 at 19:10

Lisa said…
This is one Dickens novel that I haven't read. It is on my "to read" list, however. With single-digit temps and Winter storm Pandora knocking on our door, it's a perfect time to get started, don't you think? ;) Thanks for whetting my appetite for it, Carol.
21 February 2015 at 01:31

Carol said…
From memory, Great Expectations isn't as convoluted as some of his others. I've read 3 books for the Challenge so far - having some holidays at the beginning of the year helped.
21 February 2015 at 15:58

Carol said…
You HAVE to watch the BBC movie for this one . It is excellent. Actually, Bleak House & David Copperfield are two movies (BBC versions) that are really helpful if you have trouble getting into the books. I don't usually ever watch a movie before I've read the book but Dickens is an exception if there's a BBC adaption. Little Dorritt was one that didn't work doing it that way. I had to read the book to understand the movie.
21 February 2015 at 16:04

hopeinbrazil said…
I was not yet a Dicken's fan when I read Tale of Two Cities. Need to try it again now that I'm sold on him. I'm adding Bleak House to my TBR list. Didn't know he'd written only fifteen novels. Seems like reading all of them would be a good thing to put on my bucket list.
21 February 2015 at 21:49

Joseph said…
I love Dickens, and in my opinion, this is his best. To be honest I'm a little annoyed that David Copperfield is considered his greatest. (I think it's because it's semi-autobiographical) Don't get me wrong, I like DC; I just think A Tale of Two Cities is a masterpiece. Nice review.
22 February 2015 at 12:51

Carol said…
That's what I'd like to do also but maybe not Edwin Drood, his unfinished book - it would really annoy me to be left in suspense!
23 February 2015 at 16:50

Carol said…
Thanks, Joseph. It's been a few years since I read DC & it's hard to compare the two books with T of T still fresh in my mind. The historical context of this one was a bonus. I've often heard Great Expectations being put forward as 'the' Dickens' book to read which surprises me.
23 February 2015 at 16:56

dawn said…
I am always ashamed that I've never really read Dickens and never more so than when someone I respect shares with me how beautiful it is. I love that zinger about respect for the sister. And that cold description of a woman who has lost all sense of pity.

Unknown said…
Thanks for sharing your views of Dickens and Tale of Two Cities! I especially love how you show his adept handling of tragedy and humor. :-)
3 March 2015 at 04:41

Stopping by from Carole's Books You Loved March Edition. I am in the list as #10.

My book entry is below. A Memory of Violets is going to be a favorite for this year.