I have so far urged that knowledge is necessary to men, and that, in the initial stages, it must be conveyed through a literary medium, whether it be knowledge of physics or of Letters,
because there would seem to be some inherent quality in mind which prepares it to respond to this form of appeal and no other.

From what I've observed, the teaching of science is generally not conveyed through the literary medium that Charlotte Mason thought was so necessary. At first I had to grapple with the idea myself, but later on I saw that this approach worked when a factual presentation failed to accomplish its purpose.
However, I have observed that some of my children, after a period of time, are quite comfortable with a textbook format for some areas of science, and actually enjoy using it - shock & horror!
What about living books?
Charlotte Mason had some interesting things to say about the use of books and it was a very profitable exercise to study what she'd observed in her experience of many years when I was writing a post for Brandy's CM Myths series a couple of years ago. It helped me understand that textbooks are not anathema and may have a place in a CM education.

Benj is doing Year 11 science this year. Ambleside Online have some wonderful 'living book' science options up to year 8 at present, but they are still working on the later years. They have a few options at present for Year 11 and one of them is Apologia Science.

Three of Benj's older siblings used Apologia Chemistry at this stage. His two sisters had no problems using this and it sparked a real interest in the subject for the eldest. She studied chemistry at university level and said that Apologia Chemistry gave her a solid preparation for this. My eldest son had a different experience but we didn't have anything else to substitute at that time so he just endured it.

To continue with what Charlotte was saying in the quote above:


I say in the initial stages, because possibly, when the mind becomes conversant with knowledge of a given type, it unconsciously translates the driest formulae into living speech...

This observation was an eye opener for me as I didn't understand why my girls did so well with the chemistry text and my son (who had no problems academically and had a 'sciencey' way of thinking) struggled. I knew it wasn't an intelligence issue but from what Charlotte Mason observed, the girls must have been able to translate the material into living speech.

I'm not saying that Apologia Chemistry is dry and formulaic. I don't believe it is, but it does require a student to 'translate.' They need to have a solid working knowledge of Algebra to make sense of this course. Although my son had completed Algebra 1, he didn't have the fluency required:

...perhaps it is for some such reason that mathematics seem to fall outside this rule of literary presentation...

I've read this quote numerous times but only in a maths context, with no connection to anything else. Our minds need to be familiar enough with the maths involved in the science so that it may be translated. Charlotte Mason observed that mathematics has a language of its own:


...mathematics, like music, is a speech in itself, a speech irrefragibly logical, of exquisite clarity, meeting the requirements of mind.

I had further confirmation of Charlotte Mason's observations with my fourth child who needed a literary presentation of science all the way through high school. He was required to study Physics as part of the Cadetship he entered after graduating, and I wasn't sure how he would handle the 'driest formulae.' He turned 18 the year he started his Cadetship and within a short time he had made the transition from the 'initial stages' to the 'translation' phase.

So back to the present:

Contrary to my earlier expectations, Benj appears to have made this transition from the initial stages into the translation phase in the past year and a half and as we were approaching Year 11, we talked about options for science. He had a look at Apologia Chemistry and said he'd like to try it. This is the plan we decided upon:

*  The Microbe Hunters by Paul de Kruif (1926) - this book is used in previous AO years and Benj will just continue on with the chapters scheduled for this year.
The author presents the lives of the 'microbe hunters' in a sympathetic and affectionate manner; not as supermen but with all their foibles and humanity meshed with their brilliant minds. It's a very engaging book. 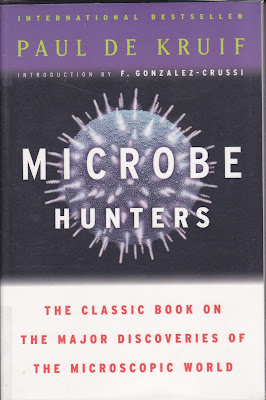 Koch was as coldly logical as a textbook of geometry...Koch always recited his failures with just as much and no more enthusiasm than he did his triumphs. There was something inhumanly just and right about him and he looked at his own discoveries as if they had been those of another man of whom he was a little overcritical. But Pasteur! This man was a passionate grouper whose head was incessantly inventing right theories and wrong guesses - shooting them out like a display of village fireworks going off bewilderingly by accident.


*   Understanding Physics by Isaac Asimov - this contains  three volumes in one that Benj started about a year ago. This book has been around since 1966 and there are some good reviews on Goodreads and Amazon. This website explains the content of each volume. Benj is reading through the third volume: The Electron, Proton and Neutron and really enjoys Asimov's writing.
He remembers quite a bit of this from his earlier reading of The Mystery of the Periodic Table and the early chapters of Apologia Chemistry overlap a little also. 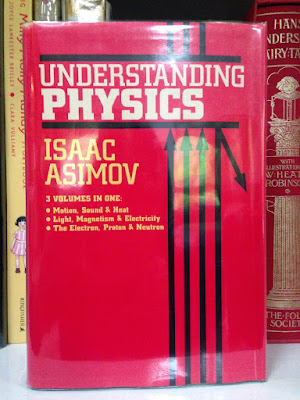 *   Apologia Chemistry - as I mentioned above, this text requires a good working knowledge of Algebra and my children who have done well with it have completed Algebra 2 (in our case this was Saxon Maths). I'm using the 2nd edition that I used with his older siblings and haven't seen the newer editions. We've always managed to get most of the experiments done with basic household products. Benj will use a few different ways to narrate what he has learned - record the experiments in a lab format, do a notebook entry or write a series of questions which he needs to be able to answer. 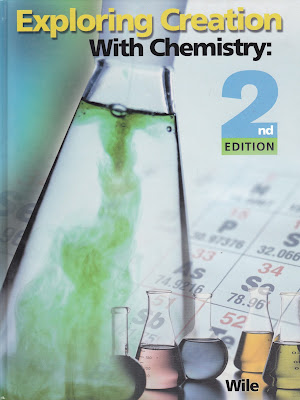 *  Natural History - keep up his nature notebook, outdoor observations, special studies. This term we're concentrating on birds and are using The Handbook of Nature Study by Anna Comstock and Nature Studies in Australia by William Gillies & Robert Hall.

*  Science biographies - a couple of possible options which I've read and written about include:


How to discern whether or not to use a textbook for science:

There are textbooks, and there are textbooks. If a student can't narrate what they've read in a book it's usually a good sign that the book isn't suitable. There are other ways to determine if a book is suitable and I referenced some quotes from the Charlotte Mason series in the article I linked to above that address this.
Apologia Chemistry differs from standard textbooks in that it has been written by one person, not a committee. Jay Wile, the author, obviously enjoys his subject plus he has a positive attitude to home education and has written specifically to that audience.

Update: I just found this by Jay Wile - he's written a new Chemistry book & discusses the differences between the edition we're using and the new one.

This blog has some information on teaching science using Apologia in the higher grades, the maths required for certain texts, plus a format for lab reports.

Hi Carol,
You offer some interesting insights to CM philosophy especially for the older years.
We use a combination of Apologia and living books as well.
Currently I am trying to ensure that maths concepts and setting out are attended to properly in preparation for Chemistry.
Sometimes a challenge after holidays. I will be interested to see the beyond AO8 books!
Great post

Thanks, Margaret. It will be interesting to see what books are chosen.

Hi Sara, the quote really jumped out at me, maybe because I was wondering about what my son should do re science. I don't know that my thoughts are well laid out here but I've tried to think through what CM said & how it related to my own experience.

Our homeschool graduate attempted Apologia Chemistry unsuccessfully. I believe it was the math that tripped her up. I was intrigued to hear the Dr. Wile re-wrote his chemistry text and it sounds more user friendly. Thanks so much for sharing this post.

BTW, I recently had dinner with a veteran homeschooling mom that used Charlotte's methods while homeschooling, including some years/books from AO. She admitted that her college age son didn't remember much from his high school living book science courses and ironically, neither did his public schooled peers. She said if she had to do it over again, she would have incorporated more vocabulary into her high school science courses, even using something like Quizlet to reinforce knowledge. Over and above the vocabulary, she said she would then let her students study science topics of interest. I found this interesting and wondered if any of your graduates had feedback one way or another regarding science?

Narration often gets overlooked in high school science but it's still foundational whether we're using 'living books' or textbooks. I think this is part of the problem in lack of retention. Re vocabulary - knowing some Latin roots helps & cuts down on memory work - some things just need to be memorised - in the context of the science studied.
Re interest studies - there are some areas of study I required of my dc - some study of the human body, natural history all through their education, for example, but in later years I tended to go with their interests to some extent & what they needed as pre-requisites for university, which overlapped their interests anyhow.
I think a problem in just letting them pursue their own interests generally is that we, & they, just don't know what may create that spark to ignite their intellect.

Yes, I believe narration is super important throughout high school! My understanding of CM is that narration was the key to composition so I think skipping this step would be a huge mistake to solidifying excellent communication skills. I can't say this was an issue for above mentioned family because the gal I spoke of was a stickler on narration through graduation. However, it could certainly be a problem in some cases.

I definitely think you have a point about Latin roots and vocabulary :)