A friend asked me if I could suggest some books for the study of Ancient Egypt in high school (grades 7 and up in Australia). There are lots of factual type books available and some good historical fiction titles for younger children but not nearly as many books for older children that could be called literary narratives. Here are the books we've used, found worthwhile and enjoyed. If this is the first time around studying Ancient Egypt, some of the books for younger children could be used, and I've indicated the ages I think they're best suited to.

For a general background to Ancient Egypt:

The Greenleaf Guide to Ancient Egypt by Cynthia A. Shearer 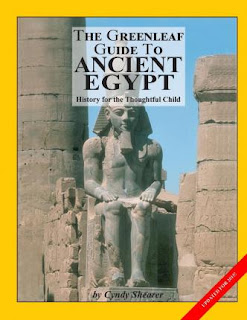 Greenleaf Press has been around for as long as I can remember and we've cycled through their Greenleaf Guide to Old Testament History every couple of years. Their guide to Ancient Egypt is helpful tool for putting the study of this time period into a biblical context and is suitable for multiple ages. The author suggests using this guide after reading the story of Joseph at the end of the Old Testament book of Genesis. I've only ever used it as a general guide but it may be used as an in-depth family study of Ancient Egypt (Grades 2-7). One of the most helpful aspects of the guide was the description of how each of the plagues were associated with specific Egyptian deities. There are a few books suggested to go along with the guide. Those that we've used I've highlighted with an * - the others are listed on the Greenleaf Press website. 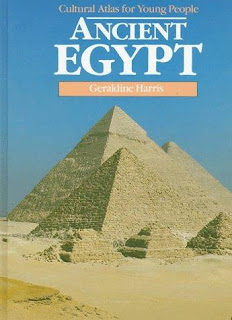 This is one of a series of books written by various authors that cover a range of different time periods besides Ancient Egypt e.g. Ancient Greece and Ancient Rome. The books include detailed maps, coloured photos and general information related to the historical eras. They are often available at libraries and are an excellent addition for students around age 12 and up.

The Story of Mankind by Van Loon - there are three chapters related to Ancient Egypt.

One of the few histories written in ancient times, this is an original source document of the history of the Jewish nation from earliest times. Josephus was considered to be a very reliable historian. Not everyone's cup of tea, but for a high school age student who enjoys history it's an interesting read. Free Online.

Gods, Graves and Scholars: The Story of Archaeology by C.W. Ceram


This book was originally published in 1949, revised by the author in 1967, reprinted multiple times, and is considered to be a classic. The author describes his book as a nonfiction or documentary novel and attributes the 'detective thriller style' to Paul de Kruif's (the author of The Microbe Hunters) influence. It's 441 pages in length and divided into five sections, 32 chapters in total. Nine of the chapters are devoted to Ancient Egypt. The book covers archaeological discoveries from Pompei, Troy, Mycenae & Crete through to the Aztecs and Mayas, and includes black and white photos and sketches.
Absorbing reading about archaeological adventures and discoveries from the 1800 to 1900's. Best for around age 15 years otherwise I suggest a quick preview (Ch IX - a couple of references to the artist Vivant Denon) We have the HB edition on the left and the newer edition is on the right (PB). 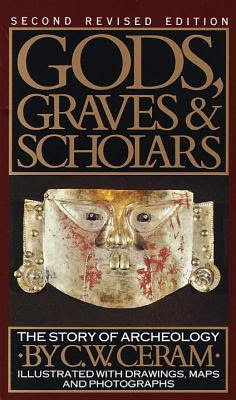 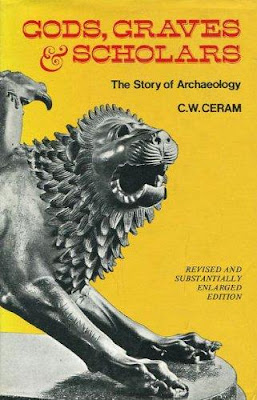 Mummies Made in Egypt by Aliki *

This is a detailed but simple picture book that shows the step by step process of mummification and although it's recommended for ages 8 to 12, it's a great book for anyone who is interested in the how and why of this Ancient Egyptian practice. 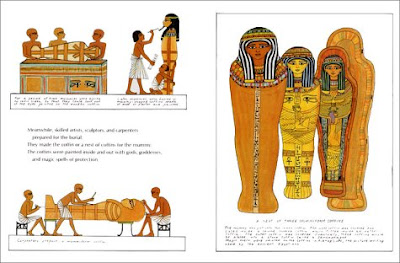 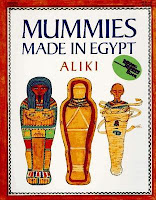 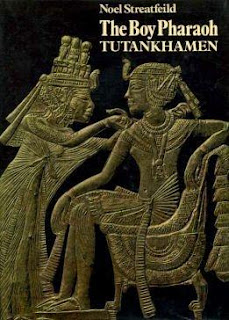 Written in 1972, the author starts with a vivid picture of life in Ancient Egypt and describes the young Pharaoh's training and what would have been his daily occupations; the robberies of the tombs and the story of Howard Carter and Lord Carnarvon. Hardback with a great double-paged map and abundantly illustrated. Noel Steatfeild wrote the book because she wanted to bring Tutankhamen alive for children up to twelve years of age. She does this admirably, but I wouldn't hesitate to use it with an older child as it is a unique and fascinating literary book. It's out of print, of course, but available at Abebooks. ISBN: 9780718109868


Secrets of Tutankhamen by Leonard Cottrell

Apologia General Science has a brief mention of Imhotep, the Ancient Egyptian physician who lived approximately 2667 BC - 2648 BC, reproduced here on a pdf.


The Pharaohs of Ancient Egypt by Elizabeth Payne *

A Landmark book first published in 1964, it is suitable as a family read aloud or for students up to grades 6 to 8 and contains the biographies of six Pharaohs. 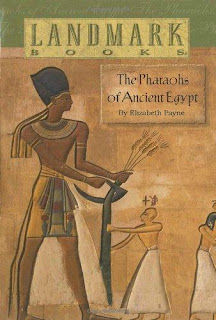 The Riddle of the Rosetta Stone by James Cross Giblin

The story of the discovery of the Rosetta Stone and how the mystery of hieroglyphics became unravelled. 96 pages, well-illustrated and researched. The author's bibliography includes Ceram's book above and The Pharaohs of Ancient Egypt. A good introduction for up to about age 12. 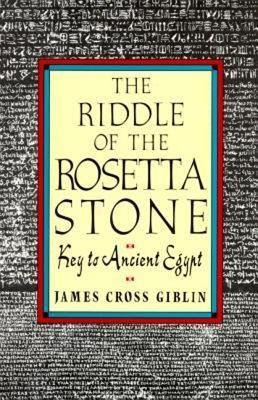 Mara, Daughter of the Nile by Eloise Jarvis McGraw * - an exciting story with a strong element of romance thrown in. I prefer to leave it until around age 14 and up and consider it more of a young adult book because of the romantic element, but it's a great read. 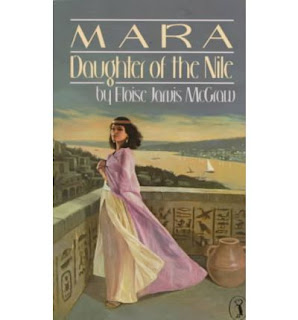 The Cat of Bubastes by G.A. Henty

The Rebu nation is conquered by the Egyptians and their king is killed in the battle. The young prince Amuba is taken captive along with his trusted servant, Jethro, and they become servants in the household of the high priest of Osiris. When a sacred cat is accidentally killed, Amuba and Jethro are forced to flee along with the high priest's son.
This book is an exciting tale of Ancient Egypt and has enough detail to satisfy a reader up to about age 14. 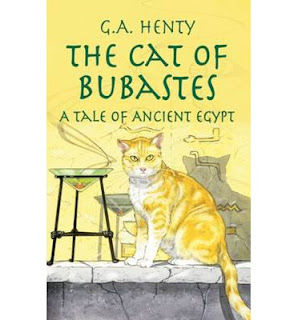 The following two books are reprints of older books published by Bethlehem Books. This publisher is very dependable with their age recommendations regarding mature themes. Both books are suggested for age 10 and up - an indication of content suitability, not readability, as they are well written and not dumbed down. And they each include a map! I get really annoyed if I'm reading a historical book which rattles off names but doesn't include at least a basic map of the area.


Shadow Hawk by Andre Norton (1912-2005) Andre Norton (born Alice Mary Norton) was an American writer mostly known for her science fiction and fantasy novels. Shadow Hawk is set around 1590 B.C. and tells the story of the beginning of Egypt's fight against their hated oppressors, the Hyksos, who had come from Asia Minor with their horse-drawn chariots and defeated the Egyptians some generations beforehand. 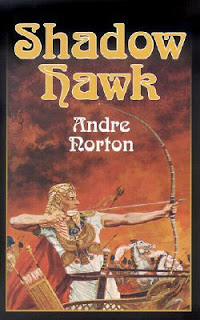 God King is based on the author's thorough research of a King called Taharka ('King of Ethiopia and Egypt') in the biblical account of King Hezekiah and the Assyrians. She discovered that Taharka was a Kushite (Sudanese) King of Egypt around 701 B.C. whose actions halted the advance of the Assyrians through the civilised world at that time. The young prince was a very minor royal son who unexpectedly succeeded to the throne. 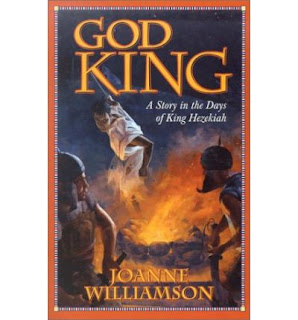 A poem that we memorised related to this time period:

The Destruction of Sennacherib by George Gordon Byron.

Bethlehem Books have other titles that fit in with the Old Testament biblical accounts - eg in the times of Sisera in the book of Judges, and Nehemiah which I've used as free reads or read alouds at different times.

Tragedy of Korosko by Sir Arthur Conan Doyle - I wrote about this book here. Although it isn't set in ancient times,the action occurs in Egypt in the days of British rule and shows that in some ways life hadn't changed much over the centuries. It's a great story - a few times I felt it was on the verge of going off in a direction unsuitable for a younger reader but it didn't. A mature 14 year old would probably enjoy it. Benj (16 years old) read it after I did and thought it was a good book. 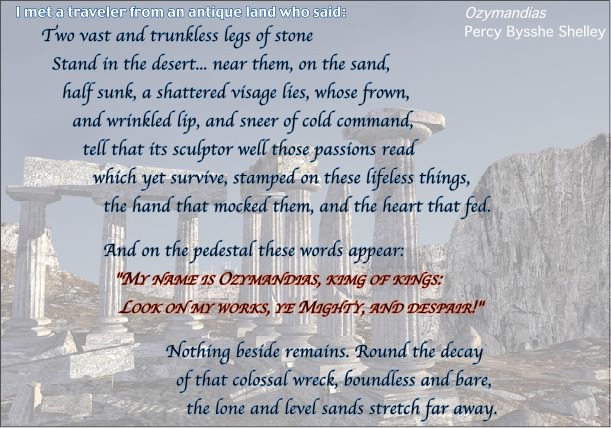 Chere Mama said…
"Gods, Graves, and Scholars" looks very interesting!! We are cycling into American History next school year, but back to Ancient the year after,so I will tuck these all away for then! Wonderful list and thoughts.
22 May 2016 at 23:43

Anonymous said…
I too found the "Gods Graves and Scholars" book appealing I am familiar with the others but not this one.
Margaret
23 May 2016 at 10:55

Joyfulmum said…
Thanks SO much Carol! appreciate your post:)
Lots of books to look at. I'll chat to you more later about some.
Rosemary
25 May 2016 at 14:26

Tina at Mommynificent.com said…
This is very helpful as we'll be studying Egypt with our seventh grader next year! Thanks for sharing this at Booknificent Thursday on Mommynificent.com!
Tina
2 June 2016 at 23:29

Janeen said…
great resources for Ancient Egypt! I love that you give such detailed descriptions. We are studying this time period this upcoming year and your list is super helpful. thank you for taking the time to put it together.
16 June 2016 at 05:16