This post is an updated version/redo of one that I did when I first started this blog. I've added more books and some links that have been inspiring and helpful to us in teaching our children.
Living - producing action, animation and vigor; quickening; flowing, opposed to stagnant. 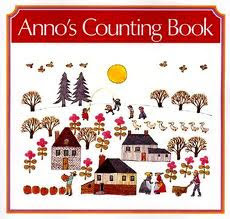 Anno’s Counting Book is a wordless picture book that is full of beautifully drawn images. The book appears very simple, but in fact it contains a sophisticated introduction to ideas about counting, incorporating varied ways of representing number. The idea behind this book is to introduce counting to young children in an appealing and natural way. Each double-spread page uses an array of blocks on the left side, a picture in the middle and the numeral on the right side. As the reader progresses through the numbers, they also move through the months of the year. In February for example, the reader can count 2 buildings, 2 trucks, 2 fir trees, 2 rabbits, etc. within the picture itself. The numeral 2 is also given, as well as a pictorial representation of two blocks. These two aspects help introduce children to common methods of representing number in the beginning years of school.

(Thanks to my daughter Zana who came across Mitsumasa Anno's book while doing research for a mathematics' scholarship and wrote this for me.) 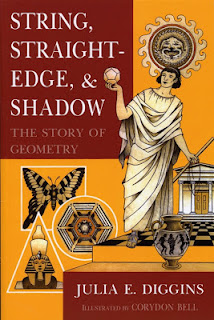 Originally published in 1965 and reprinted in 2003, this book tells the story of Geometry from ancient times up to the time of the writing of Euclid's Elements, using archaeological and historical records and legendary accounts of famous mathematicians of the past.

In ancient times the lines and forms of nature were observed and copied and eventually incorporated into a practical art later known as geometry (from geo, 'earth,' and metria, 'measurement').

Three tools, which are still in use today - the string, straight edge and shadow - were the foundation of this practical art upon which the concepts of theoretical geometry were gradually built.

Well written and full of graphic illustrations, this book gives a thorough, accessible and understandable introduction to geometry, its use and development throughout history and is a wonderful living book for students learning geometry for the first time as well as an interesting book generally. A good read aloud.
I bought my copy from Waldorf Books a few years ago and the postage at the time to Australia was very reasonable, but that may not be the case anymore.

A Piece of the Mountain: The Story of Blaise Pascal by Joyce MacPherson 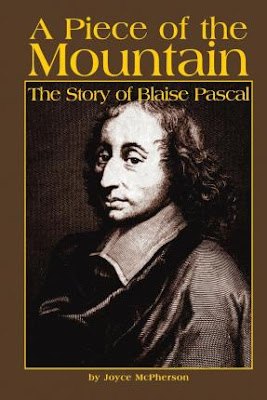 Joyce McPherson has written several biographies of famous men in history who not only earned a reputation in their varied fields of science, art and Mathematics, but were prominent apologists for the Christian faith.

Her writing style is appealing and crisp and her books are written for around a 5th to 6th grade reading level and work very nicely as family read alouds as she includes details of the childhoods and early influences of each of the men.

This story of Blaise Pascal (1623-1662) is a wonderful introduction to an important mathematician who lived through the turbulent times of the 1600's when King Charles I lost his head, Descartes was writing on philosophy and Tasman was exploring downunder. Pascal was educated at home and his father encouraged his early interest in mathematics.

'Every morning Blaise's father spent time with his children's lessons. But what lessons! They were different from the meaningless repetitions of facts founding the schoolbooks. Blaise's father wanted to teach his children to think. His own experience had taught him that schools often attempted to fill a pupil's heads full of facts instead of allowing the pupil to find the truth for himself. Thus, Blaise's father had decided to leave his successful job....and devote himself to science and the instruction of his children.'

Pascal laid the groundwork for Analytic Geometry; he made the first digital calculator, developed a theory of mathematical probability and wrote an enduring defence of the Christian faith which has been read for over three hundred years.

Today his name is used for a programming language, Pascal, and his work on probability was a precursor for development in areas such as genetics, statistics and analysis.

The Ocean of Truth: The Story of Sir Isaac Newton by Joyce McPherson 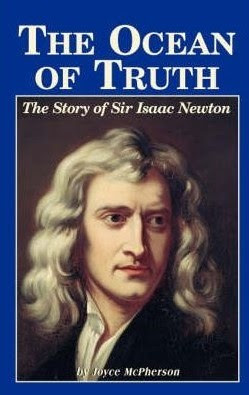 Although Sir Isaac Newton is largely remembered in relation to his theories of motion and gravitation, he was also a mathematician, a natural philosopher and a theologian. Along with another scientist, Gottfried Leibniz, he is credited with the development of Calculus. As with McPherson's other books, she brings these famous people to life without neglecting their faith and the role it played in their lives and work.


How We Found Out About Numbers by Isaac Asimov 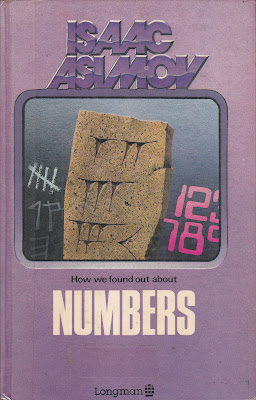 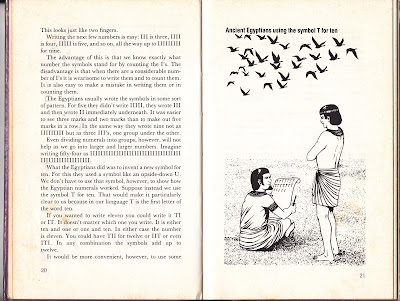 In this book Asimov traces the discovery of numbers in an engaging narrative. I've used his non-fiction books with different ages and my children have enjoyed them. This one is suited to around age 9 years and up. It's a short read of 54 pages but covers quite a lot of ground.

Now I haven't read this, but it comes highly recommended by my husband. Years ago we heard the author speak at a Home Ed conference and my husband, who loves maths and thinks Calculus is fun, (??) really enjoyed what he had to say, so bought his book. Our older children read it when they had done some highschool level maths and I would like to read it at some stage... 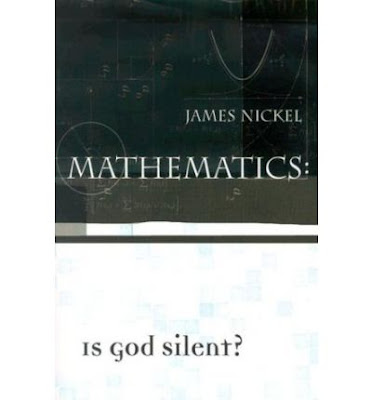 Annie Kate has a review of this book here and there is another at The Imaginative Conservative.

These all look fantastic! Some I have heard of, but others are new to me and I have been home schooling for 19 years. You CAN teach an old dog new tricks. String, Straight Edge and Shadow looks wonderful. I might try that one first with my last son.

Very neat post, Carol! We have Anno's Counting Jar? and maybe another? and they are fascinating. I will have to look at them more closely and these also. Thank God for CM because it's helping me see the beauty in mathematics. I hated it and really struggled with it growing up. Thanks for sharing this!

The James Nickel math book has been on my wishlist for quite a while, perhaps I should take the plunge and order it soon.
We have both of those Joyce McPherson books as well and I think we have the one on John Calvin too. My son enjoyed reading all of them.

We've been adding some "living math" to our days recently -- and been really enjoying "Mathemagic", from the old Childcraft series.
I think it is so important to use variety in our math instruction. Sometimes we get bogged down doing endless math problems and grow to resent math. There is so much more enthusiasm when we show WHY math is important, apply it, and use hands on activities.
Thanks for the booklist!

Those old Childcraft books are so good. I don't think we have the Mathemagic one so wil have to look out for it in my op shop outings.

well...I think we bought the book when my eldest was about 7 years old and I still haven't read it.

Zana's used them in a school setting & found them very helpful.

These look like really good books. My daughter did a history of science course last year and these books look like they would have been really good resources.

Hi Melanie, I visited your blog & left a comment.

These are fantastic living books for math! It's easy to find great books for history, but math always eludes me. Thanks for sharing. :-)

Pinning this post as these are wonderful resources to remember! Thanks for sharing with us at Booknificent Thursday on Mommynificent.com this week!
Tina