A Peek into Ambleside Online Year 10

We only have about five weeks left of Ambleside Online Year 10, so while we're still in progress I thought I'd share some of what we've been doing in recent times. I've mentioned before that this year Miss 15 yrs ('Hails') had developed a liking for free form poetry. One of her favourite compositions is 'Home,' which was published in the latest edition of the Common Place Quarterly. 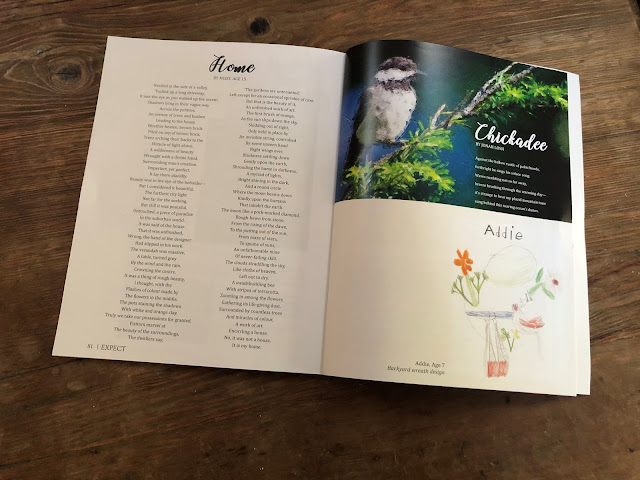 This year we've only done one of Plutarch's Lives - Alexander, as it's spread over 24 weeks. We finished it about a month ago and now we are doing Shakespeare's Henry V. I stopped including both Plutarch and Shakespeare each term some years ago as it always felt a little crammed with everything else we do.
The Life of Alexander has been one of the best lives we've done since we began studying Plutarch eight years ago with Hails' three older brothers.
The Wilderness by Amy Mack - we finished this last week. It's only 40 pages but it is a delightful look at a little 'wilderness' the author found near her home where she observed Australian native flora & fauna.
All Things Wise & Wonderful by James Herriot 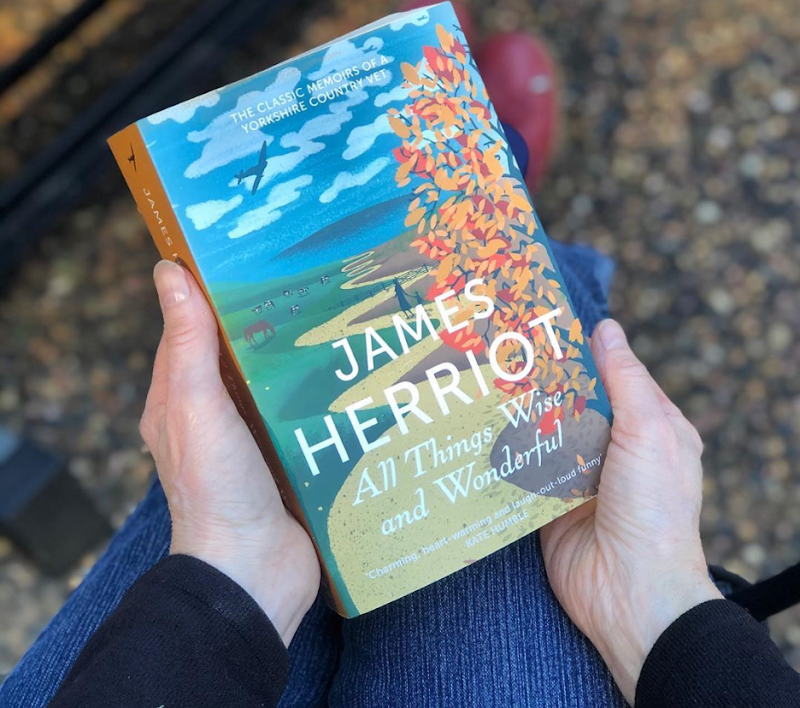 We started reading James Herriot's third memoir about his veterinarian career a few weeks ago. This book contains 'Vets Might Fly' and 'Vets in a Spin,' and begins with the author's wartime R.A.F. training in London. As he goes through the misery of rigorous training on a foggy morning, his thoughts go back to another foggy morning in the Yorkshire Dales when he was woken at 5.30 a.m. by a phone call from Lord Hulton whose sow had a prolapsed uterus.
"It was no good me telling him that I had seen five prolapsed uteri in pigs in my limited experience and had failed in every case. I had come to the conclusion that there was no way of putting them back...
And the journey to the Hulton farm was not enlivened by my memories of those five other sows. I had tried everything; full anaesthesia, lifting them upside down with pulleys, directing a jet from a hose on the everted organ, and all the time pushing, straining, sweating over the great mass of flesh which refused to go back trough that absurdly small hole. The result in each case had been the conversion of my patient into pork pies and a drastic plummeting of my self-esteem."
Hymn: There is a Fountain
Folksong: Country Roads
Music Appreciation/Composer: This is another area where we've diverged from the AO Curriculum and have adjusted to our specific circumstances. Hails is studying the cello at a fairly high level and is also involved in an orchestra so she covers a wide variety of classical music. We tend to focus on listening to the pieces she has to study. This year they've included Joseph Haydn, Astor Piazzolla, and César Franck.
Artist/Picture Study: Charles Condor - An Early Taste of Literature, 1888. We've concentrated on some Australian artists this year. We look at about 5 or 6 pieces from the same artist over a term and after about 2 weeks studying one painting Hails write a description of it from memory. In the past she has also done a quick sketch of a composition from memory. 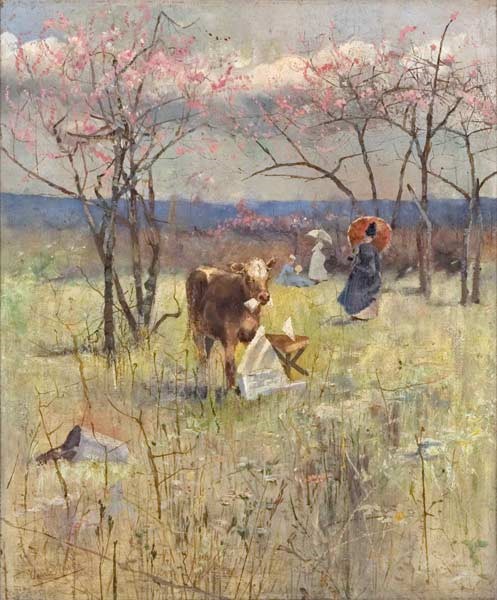 When we finish up the year I'll write some more about the books etc. we've used this year.
Free Reading
Some books Hails has read in July & August with her ratings:
Books by P.G. Wodehouse - all 10/10:
A Damsel in Distress
Something Fishy
Jeeves in the offing
The Small Bachelor
Summer Moonshine
The Adventures of Sally
Little Dorrit by Charles Dickens 9/10
Shirley by Charlotte Bronte 9/10
Books by Ngaio Marsh - all 10/10
Hand in Glove
Dead Water
Death at the Dolphin
Vintage Murder
Overture to Death
Death at a White Tie
Adam Bede by George Eliot 8/10
Alex O'Donnell and the 40 Cyber Thieves by Regina Doman 10/10
at September 01, 2020
Email ThisBlogThis!Share to TwitterShare to FacebookShare to Pinterest

Such interesting coursework. Ab adult would to well to be exposed to these books and this music.

Thanks Mudpuddle & Brian. It's been a learning journey for me as well, that's for sure.

Lovely! Always an inspiration and shot in the arm to visit here!

Thank you! I’m never quite sure if these posts are helpful or not so I appreciate your feedback. 🙂

You definitely want to check out the Selah version of 'There is a Fountain'. It's hauntingly, amazingly beautiful.

Thanks for the link. 🙂