The White Witch by Elizabeth Goudge (1958) 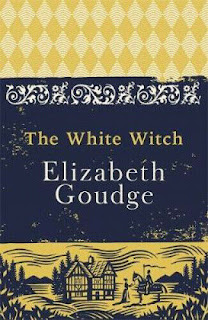 Elizabeth Goudge is an author whose stories linger with you long afterwards. Somehow she manages to explore character, spirituality, and heavy themes with grace and perspective. She is never black and white, which is a quality I didn’t understand when I was younger. Life is so much easier if you can separate people and ideas into these two categories. Grey requires understanding, wisdom, and the hard knocks of life. Not that I believe there is no right or wrong, but when it comes to people, it’s not over until life is over. Growth and change are always possible and Goudge consistently weaves this theme into her writing.

The background of The White Witch is the English Civil War and its aftermath. The book’s chapters tend to focus either on the war and those fighting in it or alternatively, those left behind in Oxfordshire who are not actively involved.

Goudge allows her readers to understand and empathise with her characters. There are a couple of unlikeable personalities in this book but for the most part she redeems them in some way. I’ve always appreciated this aspect of her writing.

The White Witch of the title refers to Froniga, a healer and part gypsy; a woman who has her feet in two camps but belongs to neither. Goudge spends some time describing gypsy belief and superstitions and does so in a refreshingly realistic and unsentimental way. Froniga’s synergistic approach to faith is likewise handled objectively and without censure. At first I was put off by some aspects of magic that were described, Froniga’s use of Tarot cards, for example. However, later on there is an encounter between Froniga and a ‘black witch’ where Froniga realises that there is a line that she must not cross. In another situation, a desperate one that involved a person she loved, Froniga accepts her inability to change the situation through her attempts at magic. Magical power is a controlling force that she ultimately rejects.

To my surprise, I actually enjoyed the war accounts very much. The descriptions of King Charles I, his wife, Henrietta Maria, the Royalist leaders and Oliver Cromwell before he took power, gave me a better sense of their personalities than any historical title ever had. The grey areas of conflicting beliefs between family members and residents of the town were sensitively probed, and as in real life, no easy path was found around them.

'He had hoped that all the religious fanatics were on the other side, for extremists set his teeth on edge. Well, one's friends could not be cut to one's private and personal pattern...'

This unusual historical novel is replete with splendid descriptions of the setting (Oxford mostly) and the natural world. And Elizabeth Goudge's characters are not easily forgotten.

'Books were living things to those who truly loved them.'

Anna said…
I loved this book when I read it years ago - and yes it lingers with me still. I look forward to the day when I stumble across a second hand copy and can read it again. The Toowoomba library used to have Goudge's books, but they have long gone from the shelves.
Thank you for your well written review. I always enjoy reading your blog posts.
Blessings, Anna M
11 January 2021 at 22:58

mudpuddle said…
my mom loved EG's books and she tried to get me to read them but i never did... maybe i've grown up enough now to try one... tx for the lucid and informative exposition...
12 January 2021 at 03:15

Brian Joseph said…
This sounds so good. Shades of grey really make for thoughtful stories. The historical parts sound very well done. It is also a good sign when stories stay with a reader.
12 January 2021 at 08:52

Laura Jeanne said…
Very interesting! I read her book, Child of the Sea about a year ago, and it seems like that one is a bit of a sequel to this one, as it follows Charles II (and his young wife) through his younger years before he regained the kingship. I will have to read The White Witch too, as I really love Elizabeth Goudge, and I know what you mean about her characters staying with you a long time. I still think sometimes of the characters from Green Dolphin Country (which I read after you reviewed it some time ago!).
12 January 2021 at 13:46

Lucy Casey said…
Carol - I alway enjoy your book reviews. Goudge has long been a favorite and her words always stay with me. In fact, it was a simple line from Pilgrims Inn that inspired me to take my handicrafts and sewing further. The quote is:

"What's a holy image?" asked José, also round-eyed. "Something someone makes for the love of God," said Ben, steadily.

Everything I do, I do in gratitude to God who created me. Everything I craft is a holy image because it bears the imprint of God's image in me. I have The White Witch waiting for me in my stack. Excited to start it.
13 January 2021 at 10:58

Carol said…
Thanks, Anna, I haven't had much success finding her books 2nd hand - three, I think all up over the years. Koorong will get some of them in for you, depending on the publisher. The one I have pictured is a fairly new reprint but they're about $20 each new. Lovely to catch up with you during the week even if it was only online. :)
15 January 2021 at 14:40

Carol said…
Brian, yes, it is a good sign. Doesn't always happen, unfortunately. I can't complain though as I enjoy just about everything I read - I seem to have a good radar when it comes to books.
15 January 2021 at 14:43

Carol said…
Hi Laura Jeanne, I was thinking I might get that one but I haven't heard much about it. I've really enjoyed the way she writes about historical aspects in her books.
15 January 2021 at 14:45

Carol said…
How beautiful, Lucy! I totally agree with that idea. I like the 'hands to work, hearts to God' aspect of handiwork.
I read that EG always intended writing as a career but her parents insisted she taught handicrafts in Oxford so she initially started to write in her spare time. X
15 January 2021 at 14:53

Paula Vince said…
I'm always astonished by Elizabeth Goudge's prolific writing, and the broad scopes of place and time she covers. This one sounds fascinating, delving into matters of magic from such a long-ago perspective. I'll look out for it.
18 January 2021 at 21:28

Carol said…
Hi Paula, I've found her books really varied in their content but I appreciate her understanding of human nature and her exploration of character most of all.
19 January 2021 at 21:20

Elena Alice said…
I have three Goudge novels on my Classics Club list (The Scent of Water, Pilgrim's Inn, and Linnets and Valerians) and will read at least one this year. I have heard great things about her as an author, but it has taken me far too long to experience it myself! I will change that this year. I have not heard of this title. I know absolutely NOTHING about the English Civil War, so this may be a good one to add to my list if I end up loving her writing as much as I am expecting to!
20 January 2021 at 08:40

Carol said…
The Scent of Water is one of my E.G favourites. Green Dolphin Country is another & is set in the Guernsey Islands & New Zealand so quite unique. I hope you enjoy her writing. Some of her books are much better than others but she can always be relied upon for excellent characterisations.
20 January 2021 at 12:49