John Buchan  (1875-1940) is one of my favourite authors. I enjoy his dry humour, the sense of mystery in his stories, his exotic characters and the many allusions to Biblical characters and places throughout his books which add a richness and depth not found in more recent books.

Greenmantle is the second book which features Richard Hannay as the main character. In this book the First World War is in progress and Hannay is asked by Sir Walter Bullivant to undertake a dangerous assignment in the Middle East: to destroy a German plot planned to incite an Islamic Holy War which ultimately threatened the course of the war. The feel of the book has an uncanny resemblance to our modern day situation in some respects. 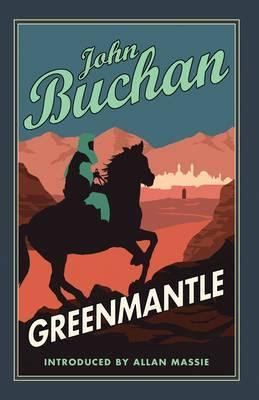 One of the most likeable characters in this story is Blenkiron, a large sedentary American who suffers with duodenal dyspepsia and who is suggested by Sir Walter as a possible colleague. Hannay, meeting him for the first time asks:

'Have you talked to Sir Walter?'


'You know that it's uncommonly dangerous?'


'I judged so. But it won't do to begin counting risks. I believe in an all-wise and beneficent Providence, but you have got to trust Him and give Him a chance. What's life anyhow? For me, it's living on a strict diet and having frequent pains in my stomach. It isn't such an almighty lot to give up, provided you get a good price on the deal.'

As the story reaches a climax, Hannay and his fellow agents escape over the rooftops from their German captors......

'Hussin gave one glance behind and then hurried us on at a breakneck pace, with old Blenkiron gasping and stumbling......It was very evident that if they kept up the chase we should be caught, for Blenkiron was about as useful on a roof as a hippo......But I had quite enough to think of in getting Blenkiron along that ledge. He was pretty nearly foundered, he was in a sweat of terror, and as a matter of fact he was taking one of the biggest risks of his life, for we had no rope and his neck depended on himself. I could hear him invoking some unknown deity called Holy Mike.'

Trapped and ready to fight to the death Hannay and his men drew lots for two of them to shelter in a nearby cave. When one of the lots fell to Blenkiron he responded,

'I'd prefer, if you don't mind, to stay here. I've made my peace with my Maker, and I'd like to wait quietly on His call. I'll play a game of Patience to pass the time.'

Blenkiron is such an improbable hero who adds so much to the enjoyment  of this novel, which is a mystery, spy thriller and a good quality piece of literature all in one.

Linking up with Wednesday with Words.

I learned everything I know about the duodenum from Blenkiron. Thank you so much for taking time to write this out, it makes me smile to remember my old friends.

I'd never heard of this book (or author), but now I'm going to look it up. Thanks for sharing!