Handicraft Project for a Boy: a hammer & a nail & a chunk of wood...

This is a project my eldest son did when he was 8 years old for his little brother. It's a 'geo board' and is used to make geometrical shapes. We use the metric system generally, being Aussies, but for this project it was less fiddly to measure in inches.

Inch ruler
Pencil
A piece of wood (he used pinewood) 6 inches square and about 1 inch thick (or thick enough to allow a nail to go half way through it).
36 one inch (or thereabouts, depending on the thickness of your piece of wood) nails.
A hammer
Sandpaper
A packet of multicoloured elastic bands

Sanded the wood to make the edges smooth.
With the pencil and ruler he marked off 5 inches by 5 inches, after leaving 1/2 an inch all around the square and then divided the 5 inch square into 25 squares.
Then he banged the nails in to make 6 rows of nails vertically and horizontally. 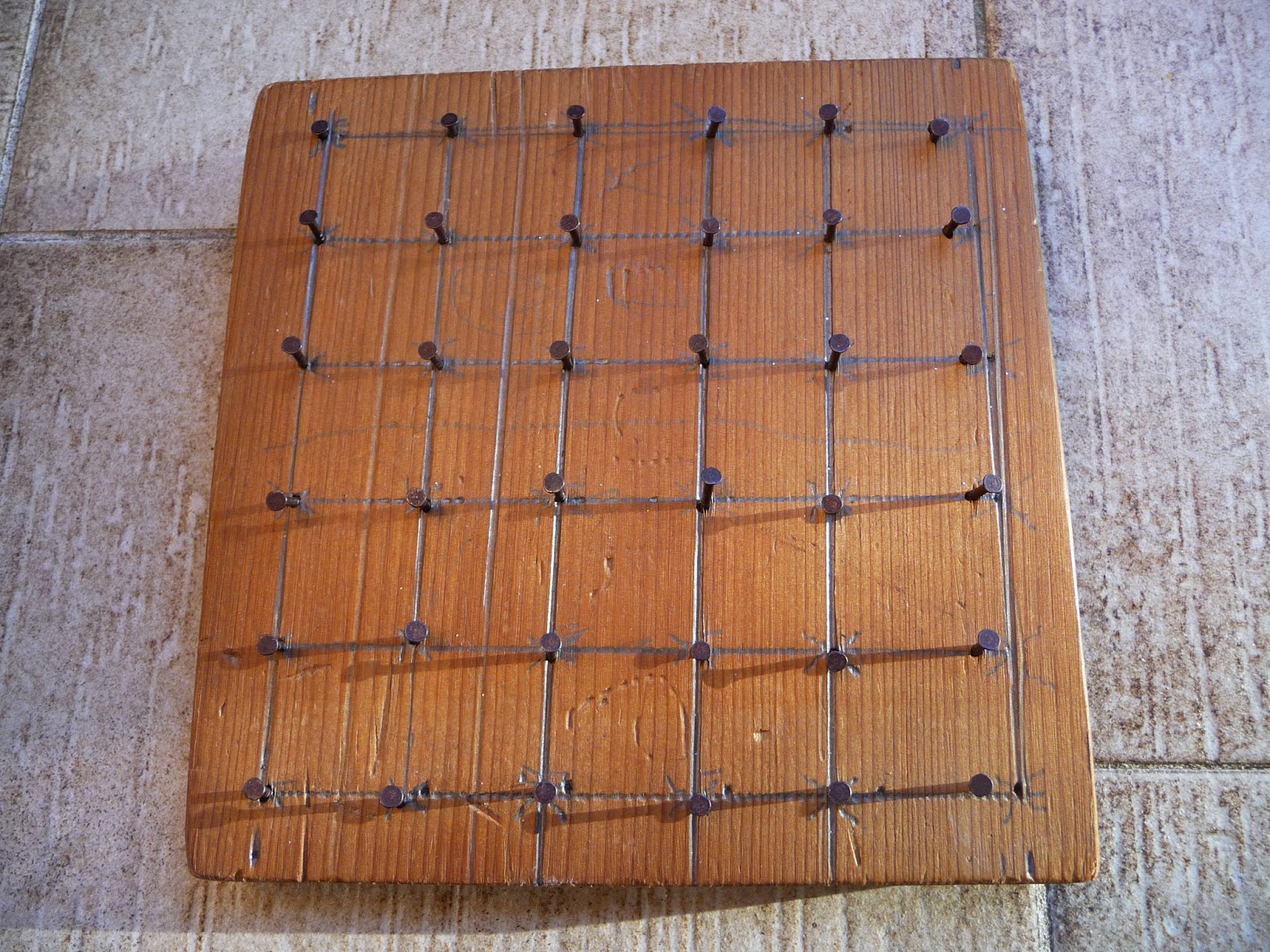 As you can see, he didn't quite get the nails in the right spots in places & some were hammered in a tad deeper than planned but he did it on his own and was very pleased with himself.
This is what we did with it: 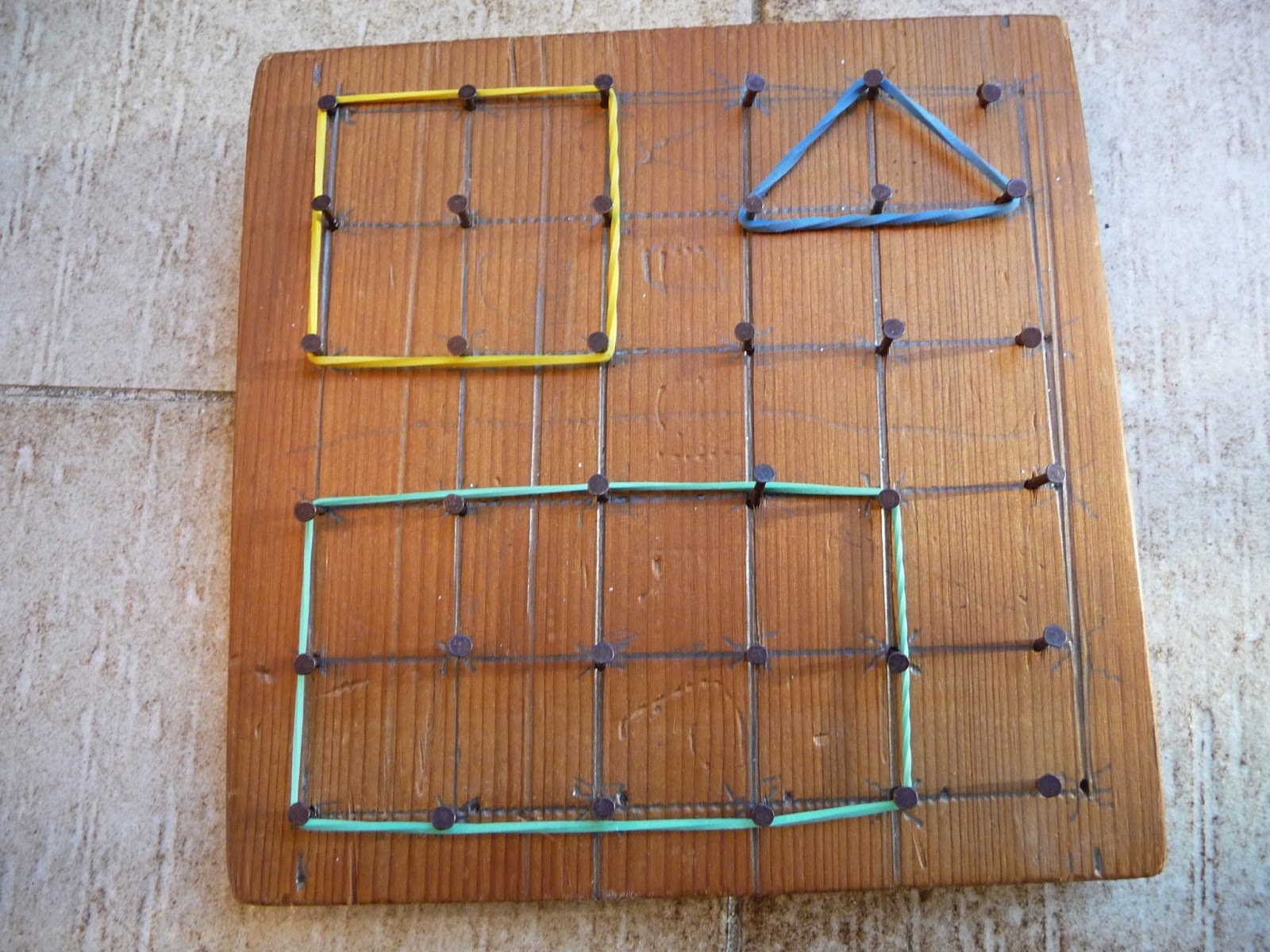 A very simple and satisfying project and it helped keep a little brother occupied for quite some time each day doing his 'geometry.'

at July 01, 2014
Email ThisBlogThis!Share to TwitterShare to FacebookShare to Pinterest
Labels: Handicrafts/manual/life skills

Love this idea. It's perfect to add to our summer projects. Thank you!

This is a great idea for a boy! I'm always pondering what kind of handicrafts to have my son do. I think he would love this. Thanks for sharing!