'I Will Honour Christmas in my Heart' 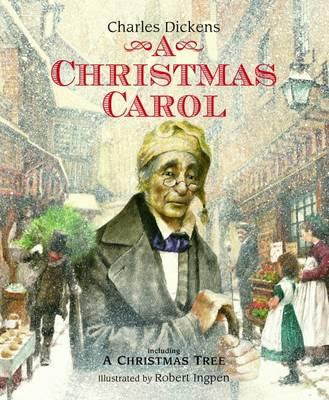 I've started reading aloud  A Christmas Carol by Charles Dickens using the beautifully illustrated version above. This version is illustrated by Robert Ingpen, an Australian artist. We have a number of books illustrated by Ingpen, all quite different in subject matter from one another, and yet again he demonstrates his skill with the magnificent job he does in capturing the feel of Dickens' world in this lovely book. 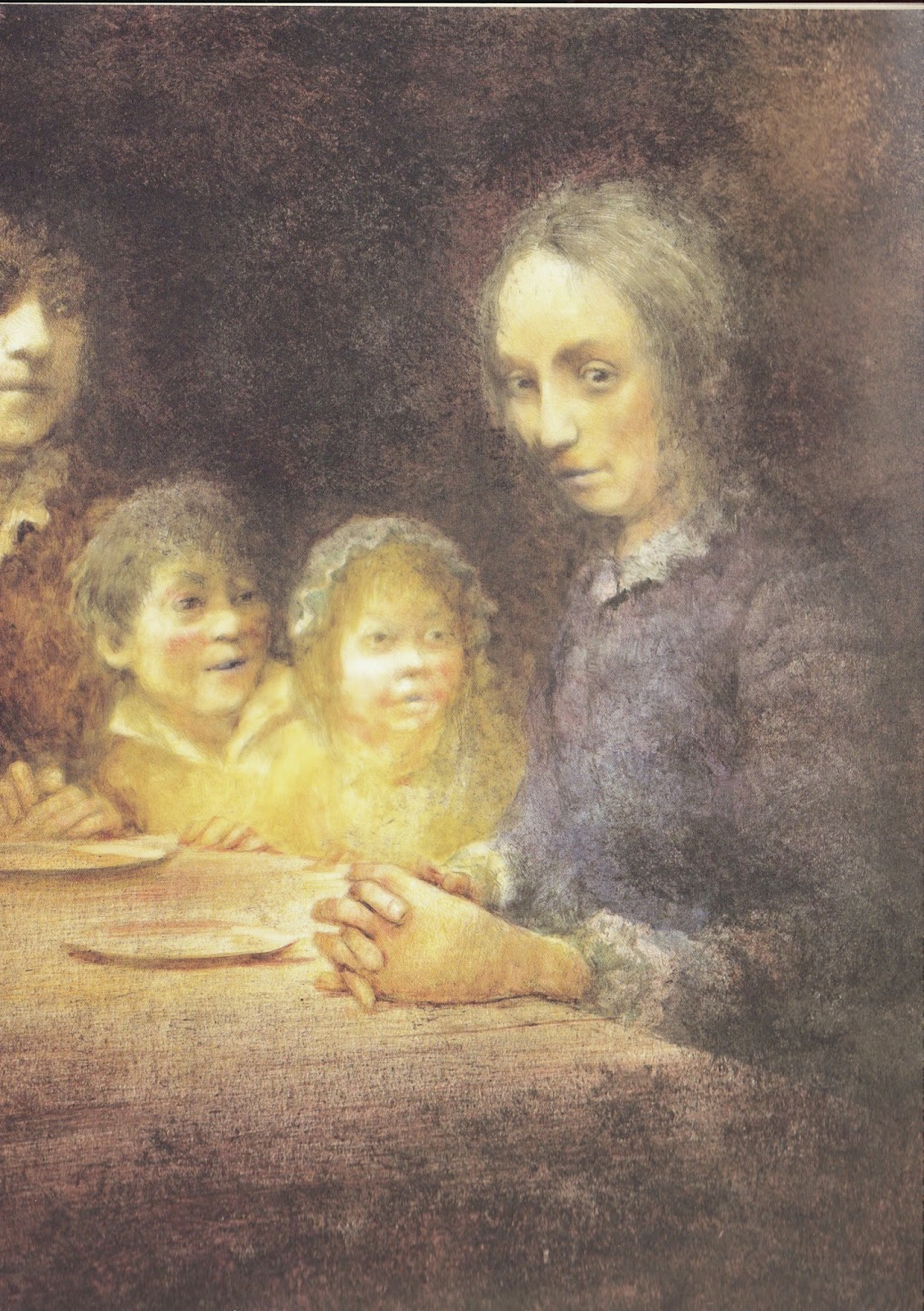 Scrooge followed to the window: desperate in his curiosity. He looked out.
The air was filled with phantoms, wandering hither and thither in restless haste, and moaning as they went. Every one of them wore chains like Marley’s Ghost; some few (they might be guilty governments) were linked together; none were free. Many had been personally known to Scrooge in their lives. He had been quite familiar with one old ghost, in a white waistcoat, with a monstrous iron safe attached to its ankle, who cried piteously at being unable to assist a wretched woman with an infant, whom it saw below, upon a door-step. The misery with them all was, clearly, that they sought to interfere, for good, in human matters, and had lost the power for ever. 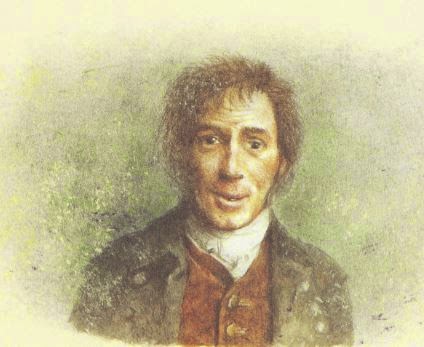 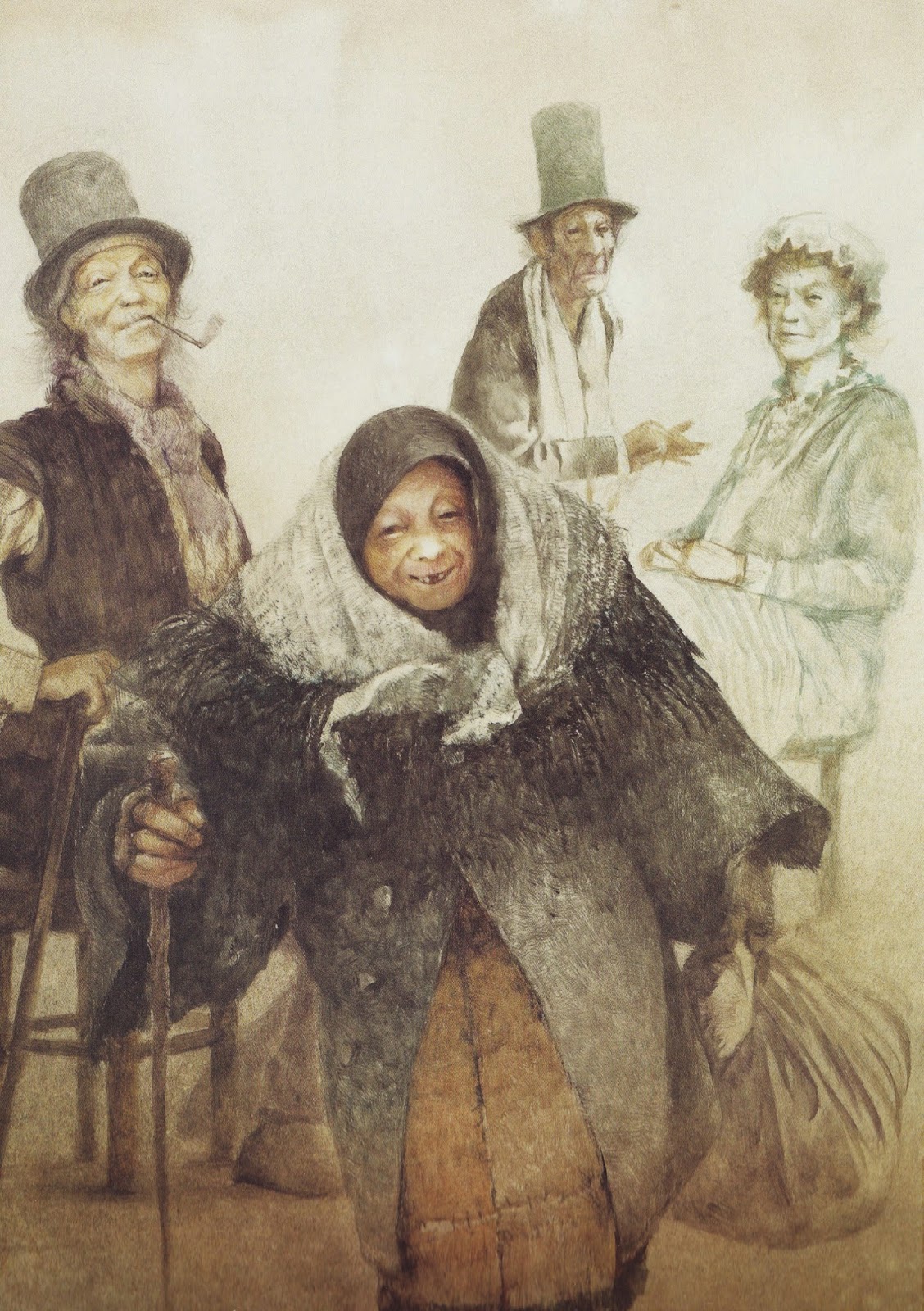 'I will honour Christmas in my heart, and try to keep it all the year.'


Silent Night: The Song and its Story by Margaret Hodges; illustrated by Tim Ludwig 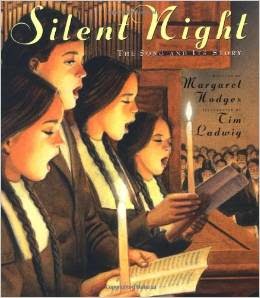 A warm and touching book which tells how the hymn, Silent Night, came to be written in Austria in 1818; how it spread from country to country and the original composers, Joseph Mohr and Franz Gruber were forgotten for a time. The book follows the hymn through the years to Christmas 1914 when, during a truce at Christmas, the German soldiers began to sing the carol from the trenches and were joined by British voices from across no-man's-land...and into a Russian prison camp during the same war...and even to the Korean War.
This book would appeal to a range of ages. The words of the hymn, piano music & chords are included. 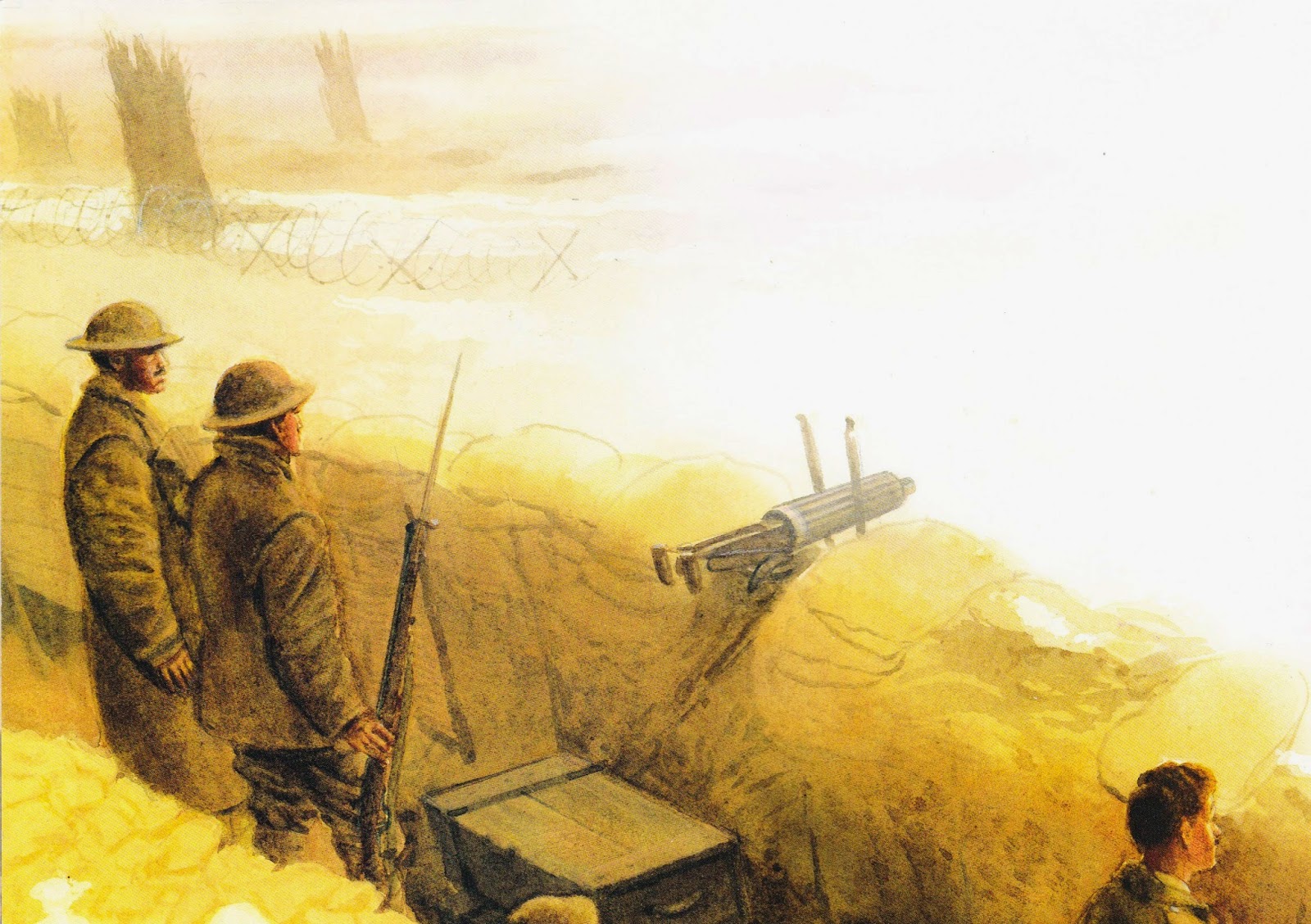 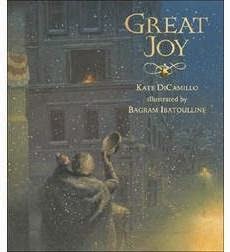 Great Joy uses the story of a young girl, Frances, whose heart goes out to a poor organ grinder and his monkey out in the cold in the week before Christmas, to awaken compassion and the message of joy that Christmas brings. Set in the 1940's, the illustrations are large and have a lovely softness.
When the time comes for Frances to say her lines at the Christmas pageant, all she can do is think about the poor man and the monkey out on the streets but the gift of compassion within her rises and gives voice to the message of Christmas at the time when it is needed. 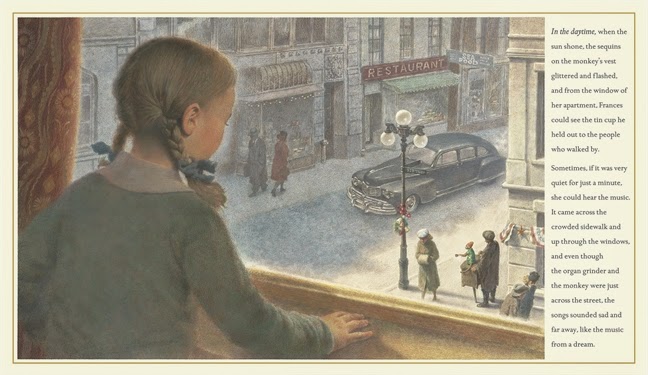 Kate DiCamillo said that this book began for her with the image of an organ grinder playing music in the depth and darkness of winter and that this music led her to the heart of the story:
"In a dark time, doors will sometimes magically open and let us step inside to the warmth and light of a community."

The book is recommended for ages 4 to 8.

I have A Christmas Carol beside my bed ready to be read. Great Joy sounds interesting, do you think I can make it suitable for adults too? :)

It's quite a simple story & only 32 pgs with large illustrations. I enjoyed it (but I love Christmas picture books) & it would work if you were reading it to young children with the adults listening in. You might find it at the library as it was published in 2007.

My mother probably read to us as children....but I don't remember it.
I did have a LP record of the Christmas Carol (text and sounds) and I would act it out. I loved the chains the ghosts dragged around. I never read Christman books during the holidays....perhaps I should try one this year, just to feel the Xmas spirit! Lovely review and illustrationa....Thanks!

That's a good idea, Nancy. Then I can read all your wonderful Christmas book reviews.

These books sound lovely! Thanks for the recommendations!

Really great book recommendations - Silent night looks like a beautiful Christmas read. I am checking my library right after this...

Love this list of Christmas books! Tim Ladwig (the illustrator of Silent Night) is actually a personal friend of mine, so I always love to see his books being loved by others. Thanks so much for linking up at my collection of Christmas reads for kids at DesperateHomeschoolers.com!
Tina