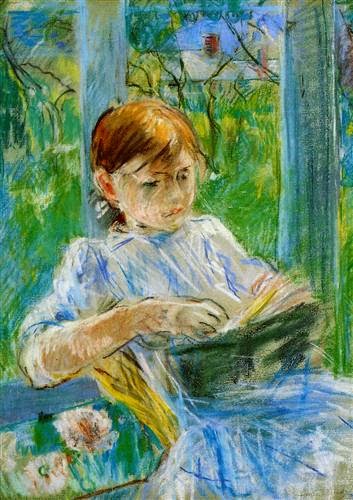 Moozle completed Ambleside Online's Year 3 which covers the late 1400's-1600's (Renaissance to Reformation) about two months ago. She was eight years old when we started Year 3 but turned nine a few months later.
The scheduled books and time period of Year 3 didn't require much adapting for our Australian context but I did do some substitutions, additions & subtractions which I'll share in this post.

We used some of the chapters from This Country of Ours, especially those scheduled in Term 2, because of their connection with British History eg. Sir Walter Raleigh, the Cavaliers and the Pilgrims.

We skipped American Tall Tales and substituted A Little Bush Maid by Mary Grant Bruce & didn't do Pilgrim's Progress because I'd already used it as a family read aloud the previous year.

Moozle has been listening in when I've done both of these with her older siblings for some years and this year she decided to try doing her own written narrations. I wrote about that here.

Just be aware that she's a girl and an avid reader and that the three boys above her wouldn't have done this in a fit. It was a pleasant surprise to me to suddenly have another child who loved to write as it hadn't happened for quite a few years.

I also started studied dictation with her around the time she started to write and have seen some improvement in her spelling which used to be woeful.

Warrigal the Warrior by C.K. Thompson - as a read aloud

Wonderland of Nature by Nuri Mass - for help with nature study. We also use The Handbook of Nature Study and participate in the Outdoor Hour (see link on side bar).

Bush Stories by Amy Mack - this is out of print but I found a copy in excellent condition in a secondhand Aussie bookshop which sells through Abebooks. The book I have was a reprint done in 1983. 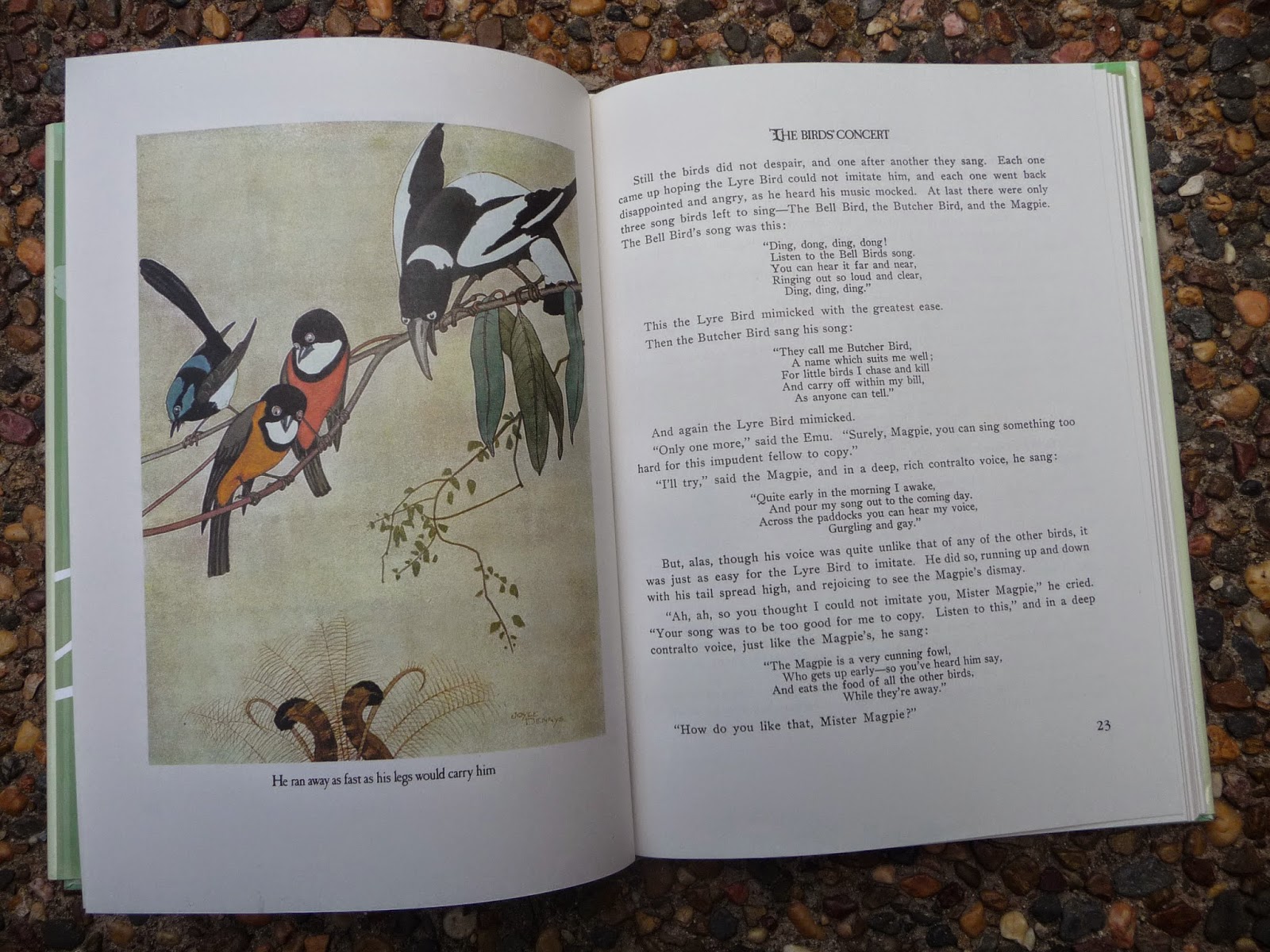 I read aloud Pagoo & Secrets of the Woods - natural history is a favourite topic for this young lady and she's loved everything AO has scheduled plus our Australian selections. 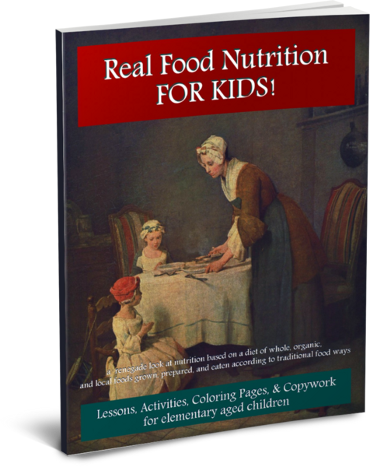 This eBook is quite a good introduction to food and nutrition for a child especially if you are familiar with Nourishing Traditions as the author shares a similar view to those expressed in that book. I bought my copy when the author was offering about 25% off - I don't think I would have paid the full price of $19.95. But then again, I haven't seen much else on food and nutrition for this age group. There are 15 short chapters with a colouring page, which we didn't use, plus a word puzzle at the end of each chapter (she loves these). We didn't start the book until about half way through the year so we're continuing with it in Year 4.

The Body Book for Younger Girls

I used this book as a framework for talking about puberty and the changes girls go through as they approach this time in their lives. The book is quite well done and is written for girls of 8 years and up to read on their own. I read it aloud and skipped bits and pieces that I didn't think were applicable - nothing inappropriate but just unnecessary for her at this stage (bras, boys, tampons, body image).
The book covers pre-puberty and puberty in a practical and sensible way. It has 109 well illustrated pages and I spread it out over a few months. 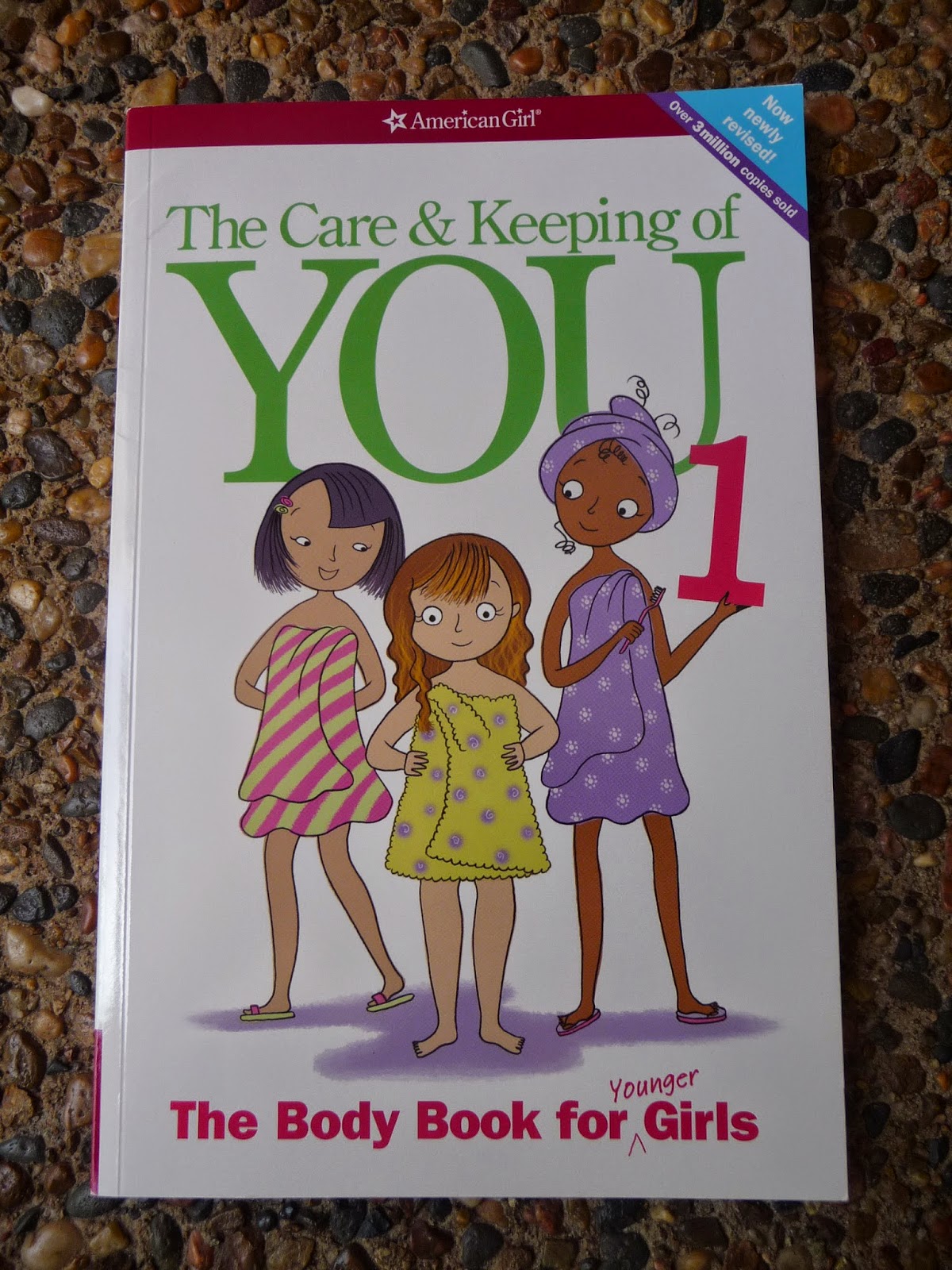 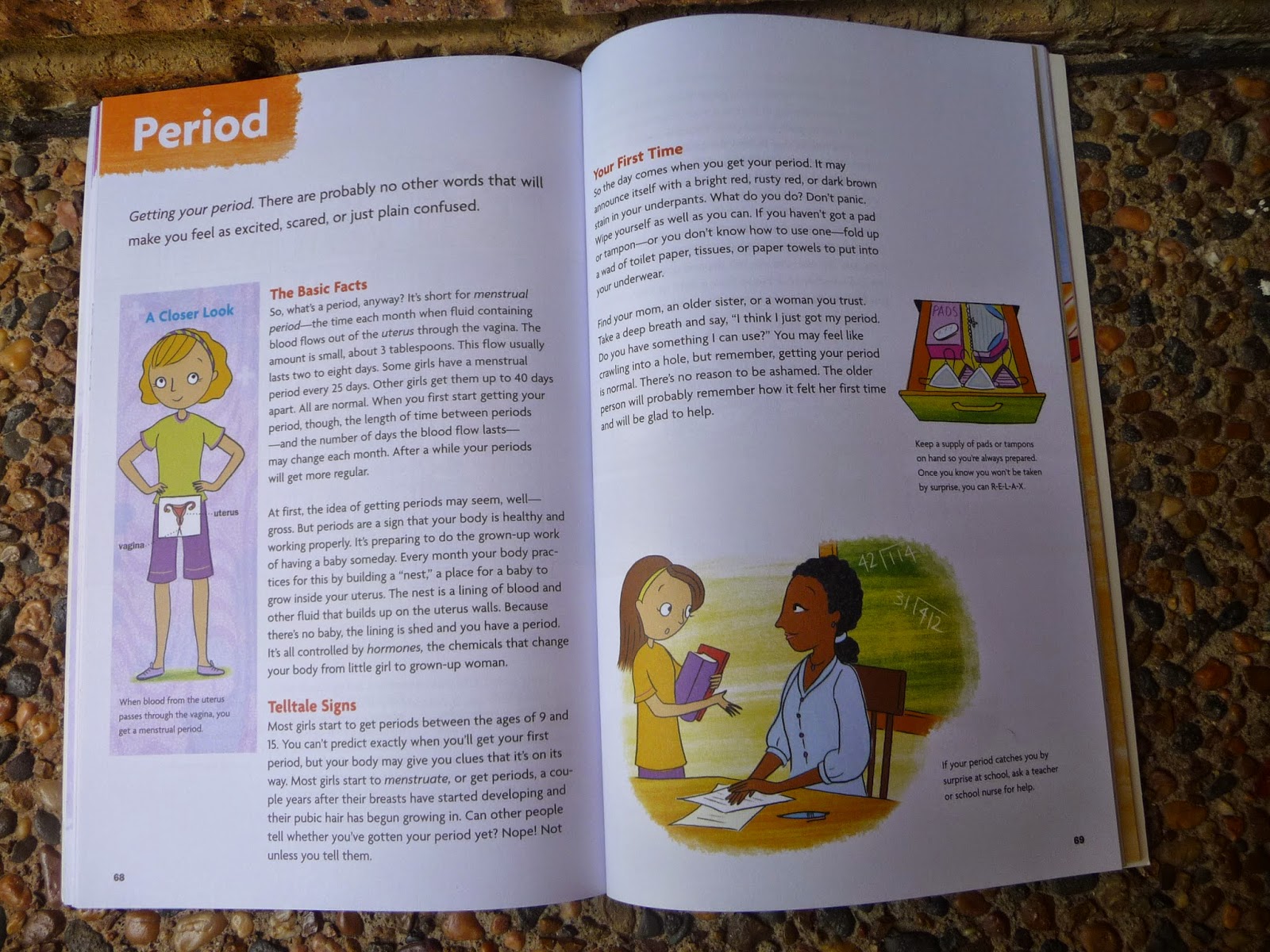 After having piano lessons for a couple of years, Moozle started cello lessons at the beginning of the year. She has always wanted to play this instrument and is doing well. We started off renting a cello but when she outgrew that one we decided to buy one secondhand. Hopefully, she won't outgrow this one too soon. This is one drawback to starting stringed instruments with younger children. We have four different sized violins that one of her older sisters went through. We didn't have to worry about that with our children who played the piano.

Moozle entered her second competition a few weeks ago. At her first competition she knocked the swords as she danced. That instantly disqualifies you so she had to stand in 'first position of arms' until the other dancers had finished. This time she won first place in The Lilt and second place in The Swords, which delighted her no end.
Highland dancing competitions are quite challenging in that you gave a group of dancers on stage - there were six for most of the dances at this last competition. The dancers are in various levels so you could have a ten year old dancing alongside a 20 year old. They often have different steps to their dances and they are all dancing at the same time with a couple of judges watching their every move. They have to really concentrate on what they are meant to be doing - a good test of their attentiveness.

A very simple one: 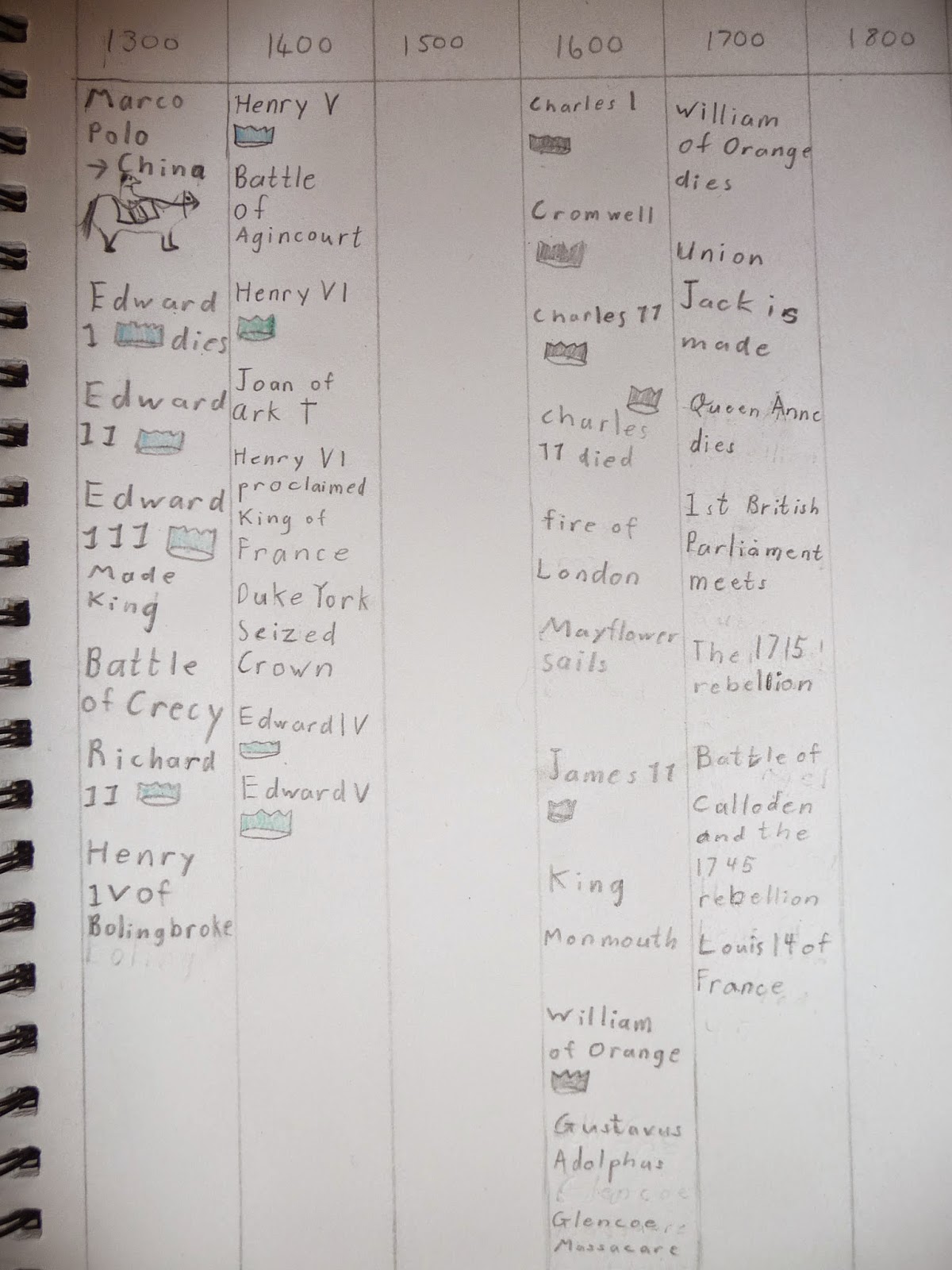 We use an extra large spiral drawing book just to keep everything in the one place. At some stage I may pull the pages out and connect them all up in chronological order. She's marked in our Plutarch men in another section.

Charlotte Mason's Geography book. There is a link to it on the AO website.

Explore His Earth - Moozle loved this book and I posted our schedule, with videos and other things we used as we read through it here. (We skipped most of the activities suggested in the book.)

Updated to add: We also did Marco Polo: His Travels and Adventures, by George Makepiece Towle and used The Adventures of Marco Polo by Freedman for mapwork.

Free resources we used are here.

As I've tended to do all along, we mostly studied different artists and composers to the AO term selections.

Moozle read Hildegard's Gift by Megan Hoyt and listened to a couple of Hildegard's compositions but we didn't spend a lot of time on her music.
We did spend a few months on some Spanish composers, which was wonderful and I chose some pieces that featured the cello and other stringed instruments.
Marc Chagall was an artist she enjoyed.

I posted some of the folksongs related to the Year 3 time period here.

English paper piecing - this is the current project which might eventually turn into a cushion. 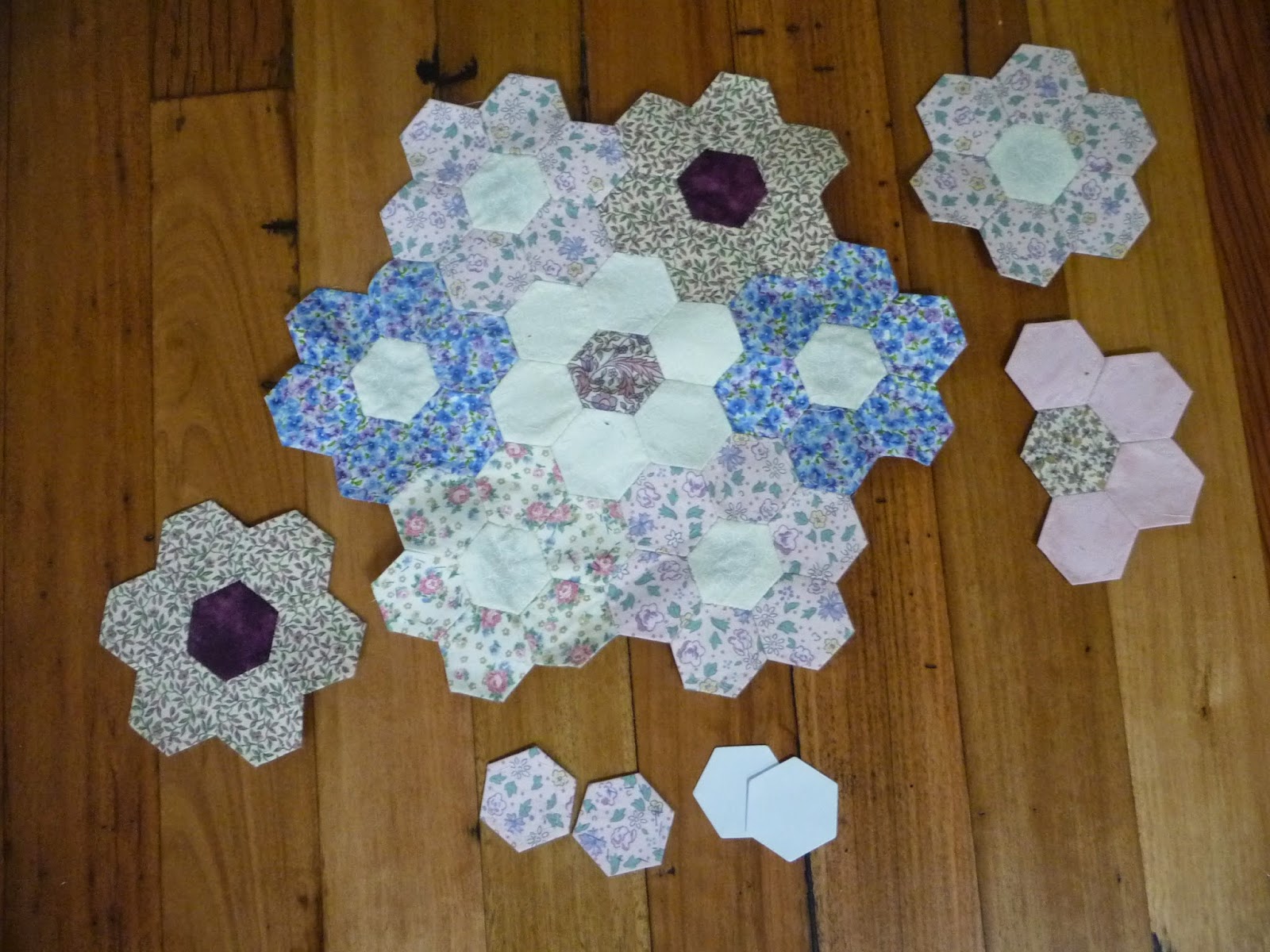 Another sewing project in the past year was this bag holder.
She enjoyed trying her hand with some basic leather work & is keen to do some more projects. 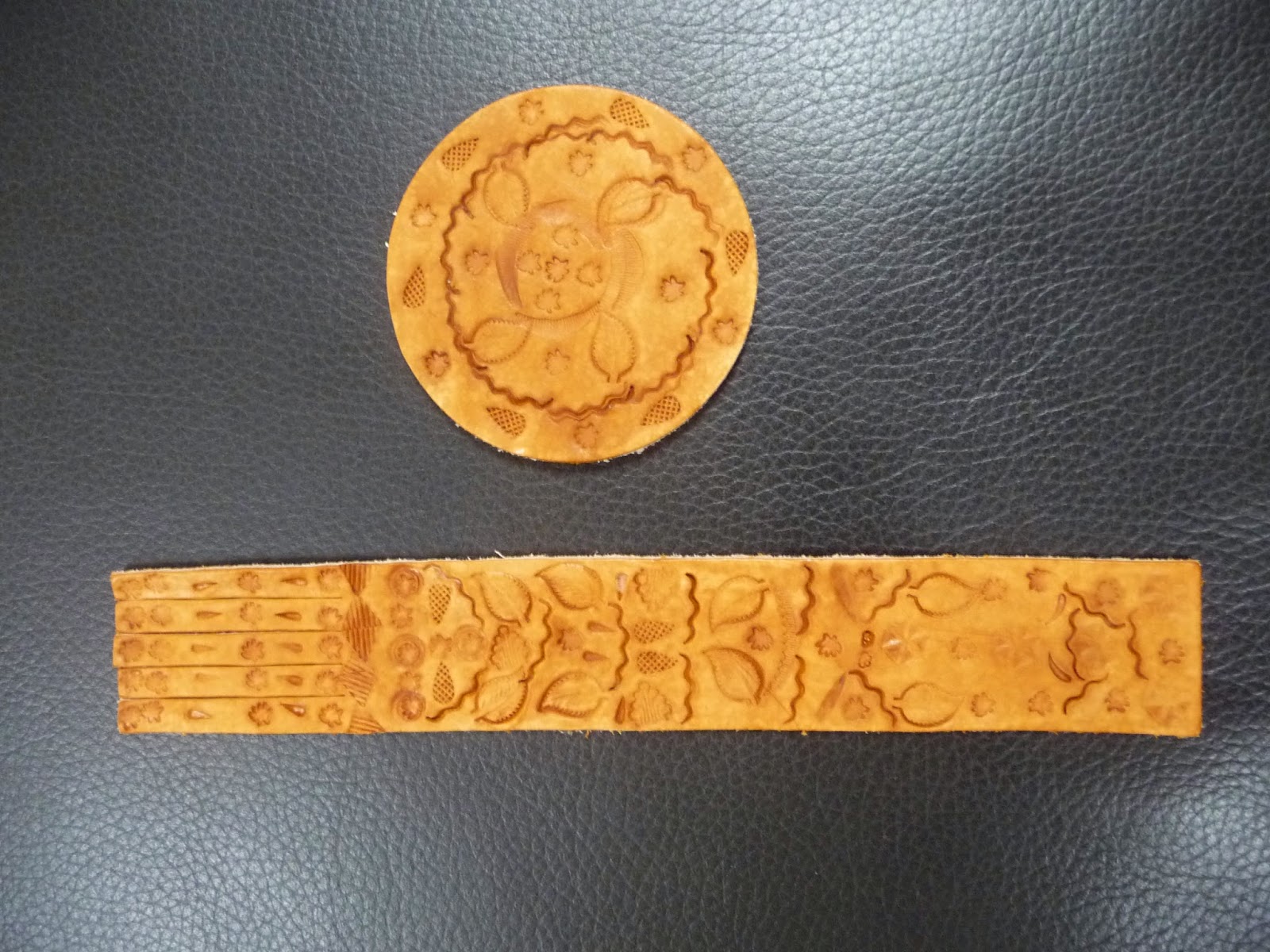 Scripture - we all do this together. Which reminds me - I need to update our list and put it up on my pages index at the top of the blog.

Poems -  Poetry is another area I often tweak to better suit our situation and interests. Jabberwocky by Lewis Carroll, The Eagle by Tennyson and The Arrow & the Song by Longfellow were some that Moozle chose to memorise on her own. My Country by Dorothea Mackellar, an Australian poem, is one that she enjoyed also.

This is a poetic narration she did based on a story form The Jungle Book: 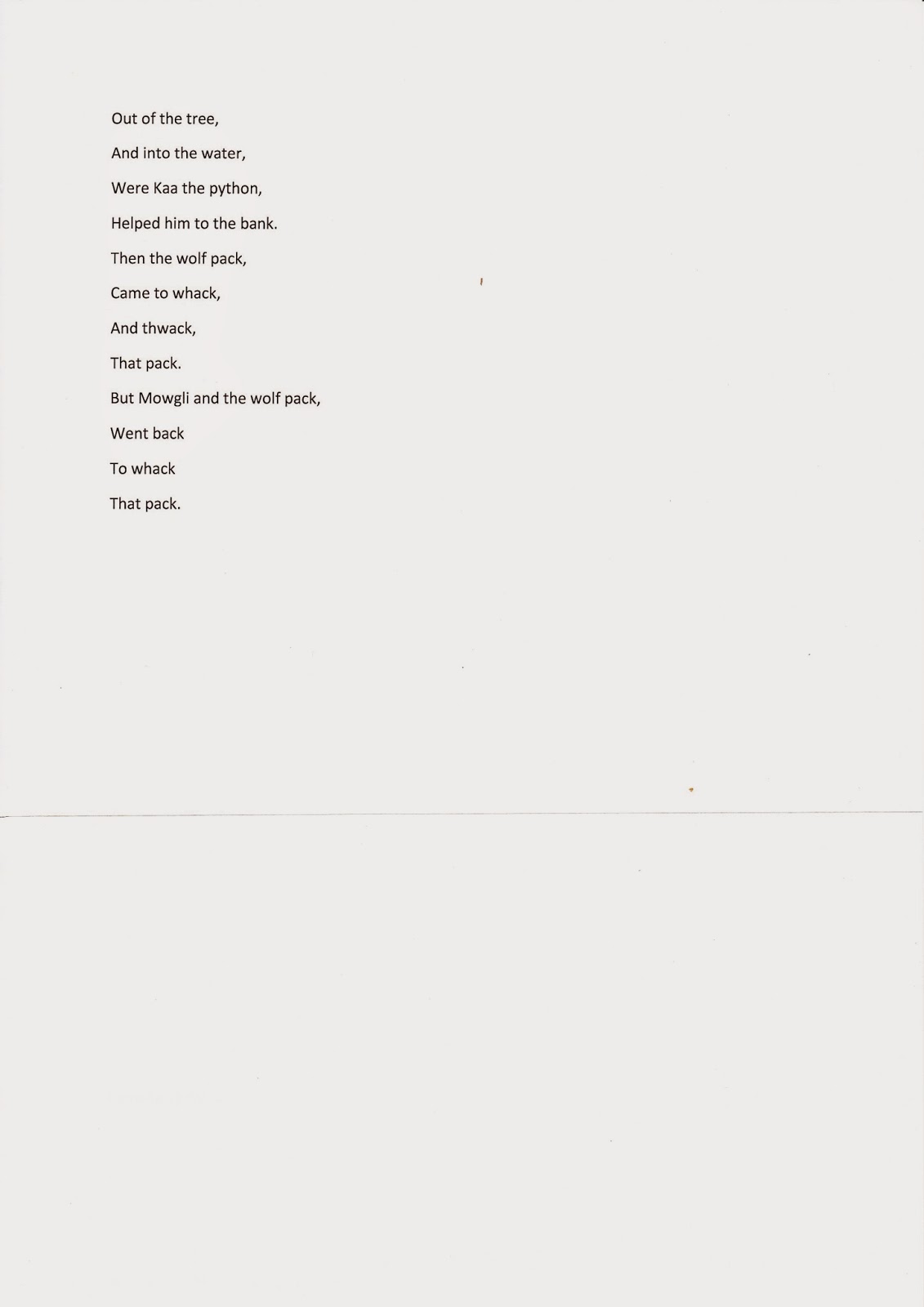 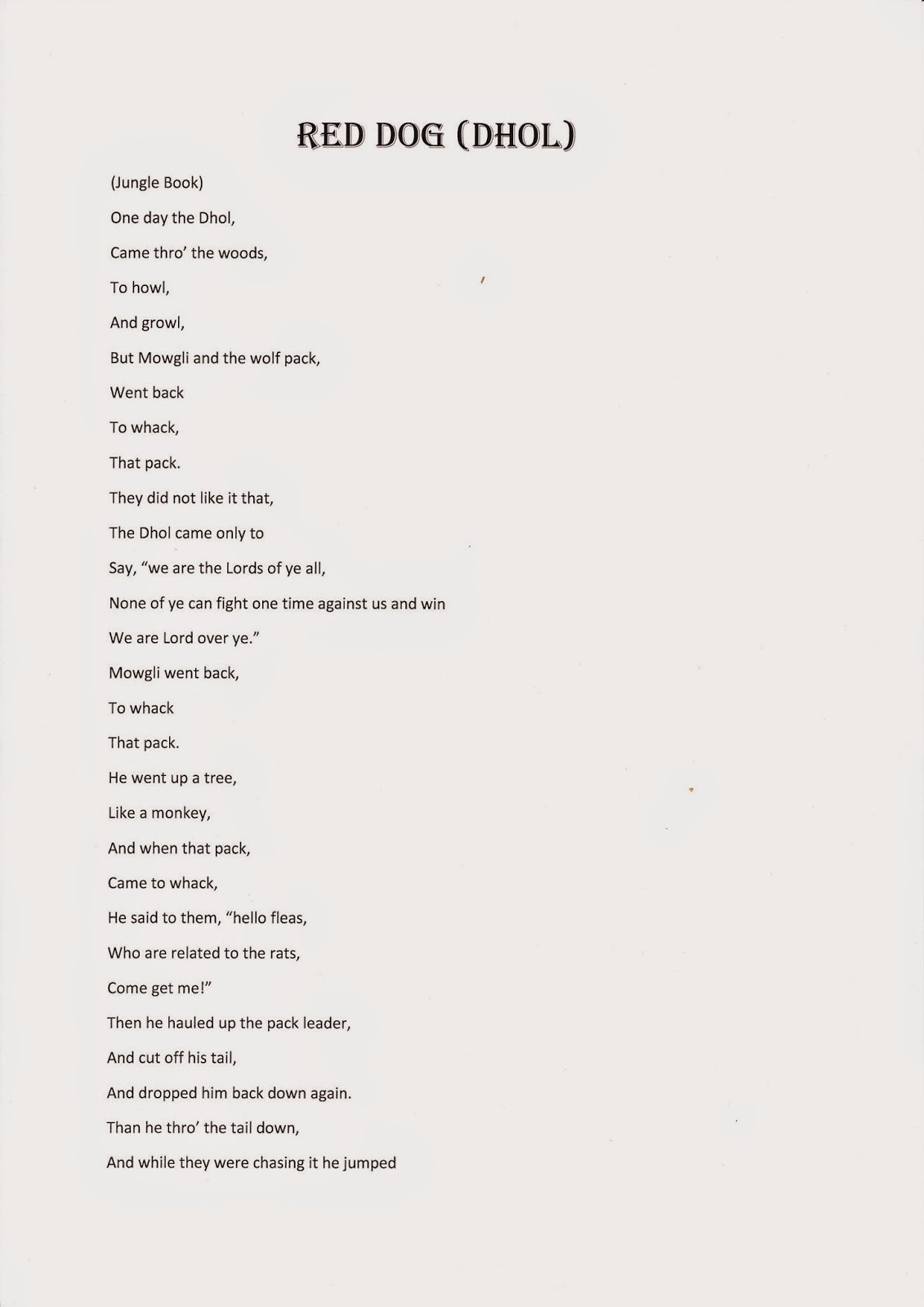 Some of the free reads that we don't have were substituted with Australian titles:

Verity of Sydney Town by Ruth C. Williams - this is a better fit for Year 5 historically but I added it because I thought Moozle would enjoy it more now than leaving it until later and the setting is an area we are familiar with.

The Australian Twins by Daphne Rook

The Bush Boys by James Tierney

Enemy Brothers by Constance Savery - I added this as a night-time read aloud because I love the story and Moozle kept asking me if she could read it. It's a wonderfully rich book and I'd always planned to read it aloud to her at some time as I'd done with her older siblings years ago.

Updated to add: I was intrigued by some references the author made to the sword Chrysaor and an Elizabethan poem and finally found out some things about them recently.

Devil's Hill by Nan Chauncy is out of print but if you find it it's a good fit for this age group.

Virginia Lee said…
Loved seeing a peek into your Yr3. Also clicked on some of yourHighland Dancing posts. Wow! How beautiful and how challenging. One of my daughters would love to take lessons for that. But we live in a little town in Colorado. So nothing like that would even begin to be offered. Very cool to check out though. I was wondering, did y'all not do Marco Polo for geography? Did you do the Voskamp instead or as well? Thank you.
12 November 2014 at 14:11

Carol said…
We did do Marco Polo - used The Adventures of Marco Polo by Freedman which is quite good - large maps & illustrated well & just under 60 pgs. My dd also read the online version http://www.amblesideonline.org/MarcoPoloTowle.html & I was surprised that she actually liked that one better - more of a story whereas Freedman's book is a more factual type of format. We didn't do much mapwork apart from following along with the places in the story.
I really enjoyed going through Voskamps book - helped fill in lots of gaps for me. Finding a highland dancing teacher is difficult - even in the city where we are they are few and far between.
12 November 2014 at 17:02

Amy Maze said…
Growing out of stringed instruments is tough, isn't it? My daughter loves the violin, but I fear she is pretty much too big for the one she has already! I'm glad your daughter is enjoying the cello!
18 November 2014 at 05:48

Alyssa said…
Oops, I may have lost my comment. This was very encouraging to read Carol! I love seeing how people adjust AO to their families and needs. Very inspiring. Lov, Betty
20 November 2014 at 01:41

Cleo said…
I love reading about your Ambleside Online adventures, Carol! I wanted to use Ambleside for my daughter but we got on a classic bent and I was too chicken to change what seemed to be working (and that she liked). Since she's now 15, it's probably too late, but I can still live vicariously through others. Please keep posting!
21 November 2014 at 17:12

Carol said…
Cleopatra, you might find this interesting: http://www.circeinstitute.org/2012/01/towards-a-defense-of-charlotte-mason
"Charlotte Mason’s ideals were, in fact, the same ideas buried deeply in the principles of a truly classical education."
22 November 2014 at 19:17

Cleo said…
Thanks for the link, Carol ..... a great article. Sigh! Perhaps I could mould what we're doing and make it fit more with CM .....???? We actually used to education in more of a CM way in the younger grades but I've found in high school you need to get a little more serious. In any case, you've got me excited about it and given me something to ponder! Thanks!
3 December 2014 at 11:03