Madame Bovary was written over a period of five years and first appeared in France in 1856-1857. The book caused great controversy at the time and Flaubert was made to stand trial on the charge of writing an immoral novel, but was later acquitted.

Madame Bovary is Emma, a young, beautiful woman who 'escapes' from life on her father's farm by marrying Charles Bovary but finds only mediocrity where she expected passion and romance.
'And all the time, deep within her, she was waiting for something to happen. Like a shipwrecked sailor she scanned her solitude with desperate eyes for the sight of a white sail far off on the misty horizon. She had no idea what that chance would be, what wind would waft it to her, where it would set her ashore, whether it was a launch or a three-decker, laden with anguish or filled to the portholes with happiness. But every morning when she woke she hoped to find it there.'
One day the Bovary's receive an unexpected invitation to La Vaubyessard, the home of the rich Marquis and his wife, but the visit only serves to make Emma more unhappy with her own situation and,
'made a gap in her life, like those great chasms that a mountain-storm will sometimes scoop out in a single night.'
'Love, she believed, must come suddenly, with thunder and lightning, a hurricane from on high that swoops down into your life and turns it topsy-turvy, snatches away your will-power like a leaf, hurls you heart and soul into the abyss. She did not know how on the terrace of a house the rain collects in pools when the gutters are choked; she would have continued to feel quite safe had she not suddenly discovered a crack in the wall.'
Escaping into sentimental novels and fantasy she begins her downward spiral which ends in adultery and her destruction. 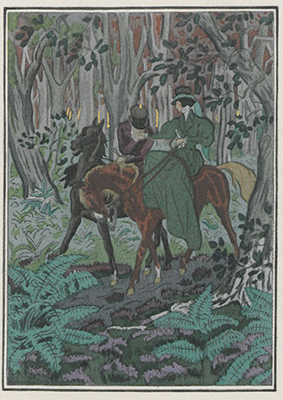 'Her attachment to him was a thing of idiocy, full of admiration for him, full of voluptuous pleasure for her, a drugged blessedness; and her soul sank deep in its intoxication, drowned and shrivelled up in it like the Duke of Clarence in his butt of malmsey.'


Flaubert certainly has a beautiful lyrical quality to his writing and there are parts of the  book where his phrases and descriptions leap from the page with precision and power but his underlying Realism casts a bleak and sometimes sordid shadow over parts of the narrative. But then again, adultery is a sordid subject.


'She seemed to have all the bitterness of life served up on her plate; the steam of the stew conjured up like fumes of nausea from the depths of her soul.'

Although I'd heard of this classic, it wasn't until I read a section about the author and Madame Bovary in the book  Invitation to the Classics that I decided I should read it: 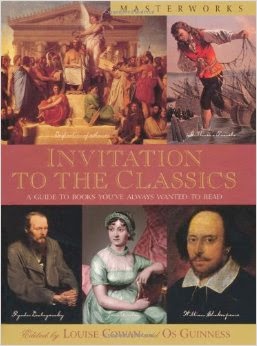 'What makes Madame Bovary so powerful is not any mere accumulation of detail for its own sake. Rather its power comes through Flaubert's faithful observation of the physical, through which he mysteriously illuminates the spiritual. Every particularity lends insight either into the soul of Emma or the inadequacies of the world in which she lives. Herein lie the challenge and reward of the novel: nothing is superfluous; everything reveals meaning.'

*  The fatalistic combination of social and environmental factors which dominates Thomas Hardy's writing is apparent in Flaubert's work, as is Fyodor Dostoyovesky's pre-occupation with the internal and psychological struggles of his characters, although Flaubert is less intense in this regard.

*   Madame Bovary is often compared to Tolstoy's Anna Karenina, which I haven't read so can't comment on, but Ethan Frome by Edith Wharton (1862-1937) is a book I have read which has a similar theme. In this compelling and haunting story the act of adultery never takes place, but that would have been the inevitable outcome had not circumstances intervened.


I was quite happy to finish Madame Bovary and be done with Emma, although Flaubert's writing in itself was beautiful, but Ethan Frome ended too quickly for me. The story still lingers in my mind and I'll read it again one day but I don't think I'd return to Madame Bovary in a hurry.
This book is my choice of  A Classic in Translation in the Back to the Classics Challenge.

dawn said…
Interesting. For some reason I had always confused this with being set in China.

I think so many people have this confused view of love as lightning bolts and rushing over one rather than a still, quiet gentle thing.

Joseph said…
Regarding the comparison of Emma to Anna: I felt pity and dread for Anna, but mostly annoyed with Emma. I also compare them both to Jane Eyre in my own review.

Carol said…
I loved Jane Eyre & have re-read it a few times. I think I appreciate it more each time. AK is one my list for one of these days. Enjoyed your review on Madame Bovary & how you contrasted that book with Jane Eyre & Anna K.
14 March 2015 at 20:31

hopeinbrazil said…
Wow! What a great review. This is a book I've been ambivalent about reading, but you've convinced me to put it on my TBR list.
14 March 2015 at 21:59