This is a follow on post from Books for Beginning Readers: Nature & Science. These are books that were favourites in our home. Besides being readable for beginning readers, the stories are based on historic events and history has been an area all of my children have loved.

Step into Reading Books - these are in order of difficulty, starting from the easiest.

The Bravest Dog Ever: The True Story of Balto by Natalie Standiford. Balto carries a diphtheria vaccine to the town of Nome, in Alaska during a terrible storm in 1925. 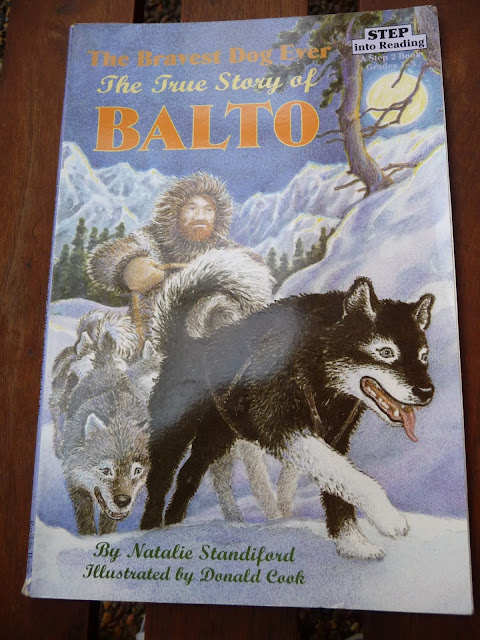 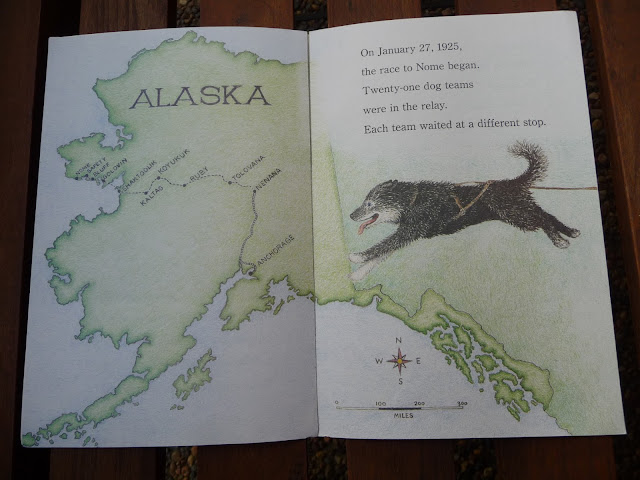 Tut's Mummy by Judy Donnelly - from the death of Tutankhamen over three thousand years ago to the discovery of his tomb and its treasures in 1922 by English archaeologist, Howard Carter. 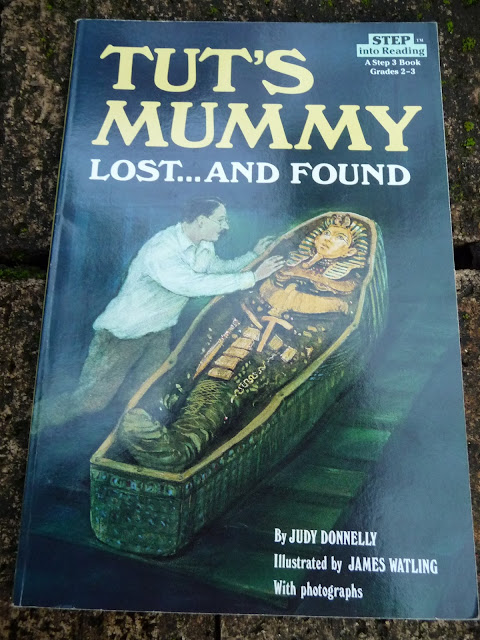 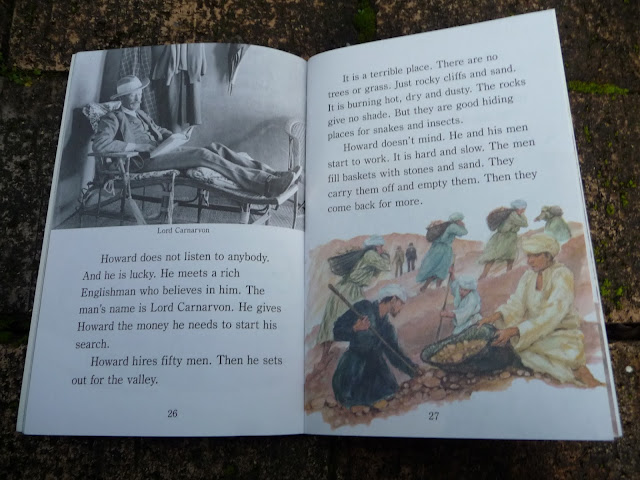 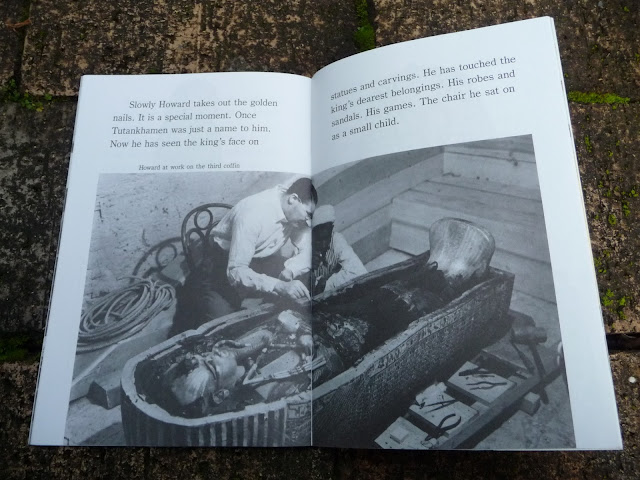 The Titanic Lost & Found by Judy Donnelly - after the sinking of the Titanic in 1912, the ship lay on the ocean floor for over 70 years until 1985, when it was found by 'Argo,' a specially made underwater robot, the invention of scientist Robert Ballard. 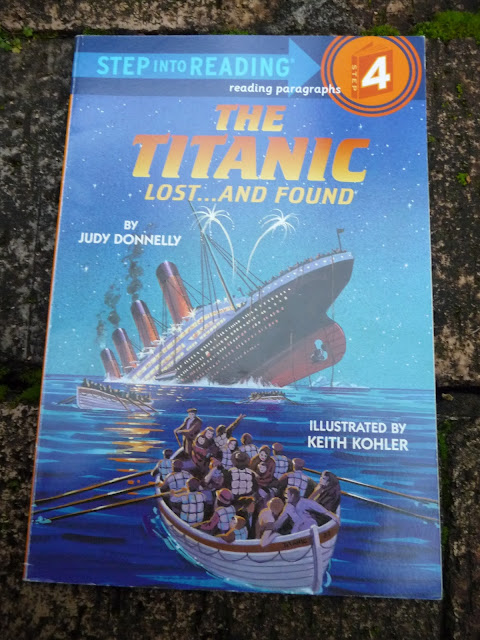 The book is a step up from Tut's Mummy & introduces paragraphs. 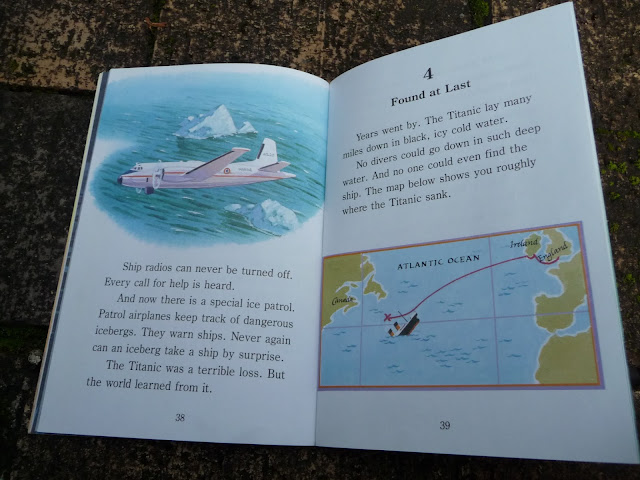 The Trojan Horse: How the Greeks Won the War by Emily Little - 6 short chapters. Archaeologist Heinrich Schliemann had read Homer's Iliad and believed that the city of Troy did actually exist. In 1870 he went to Turkey and began to dig... 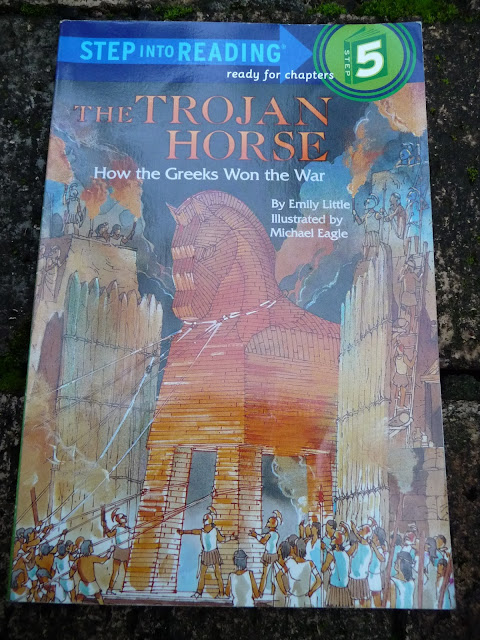 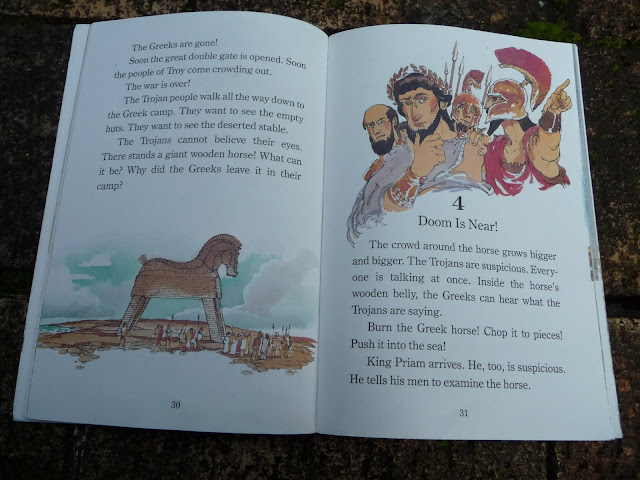 'An I Can Read Book'


Buffalo Bill and the Pony Express by Eleanor Coerr


Based on a real character. Not much historical content but a fun read for boys especially. One of my boys knew this book inside out & we heard him narrate a chunk of it while he was asleep one night. 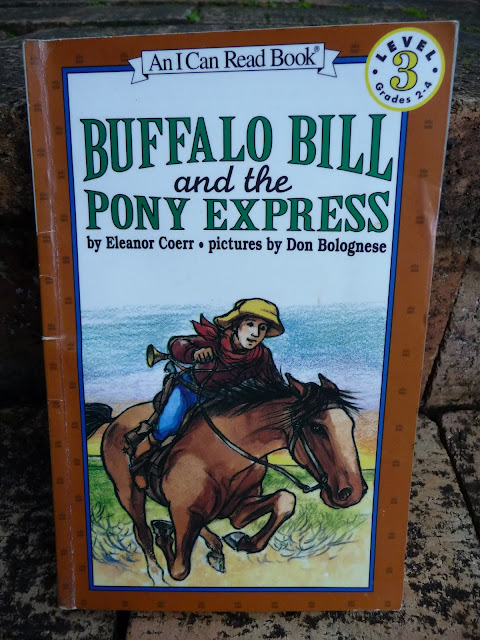 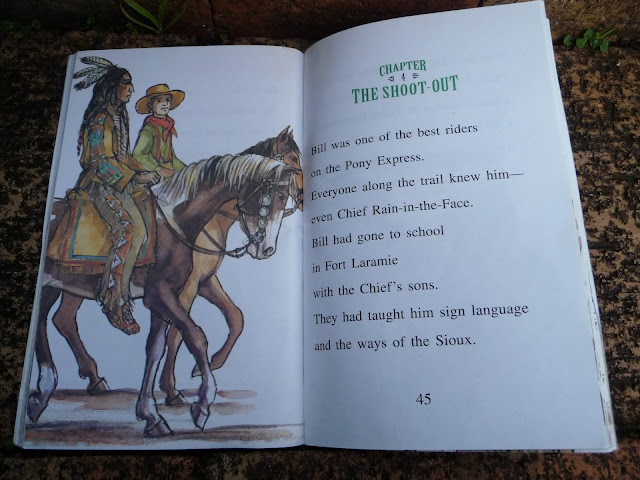 Sam the Minuteman by Nathaniel Benchley - a young boy's experience of the Battle of Lexington, the famous battle that marked the beginning of the American Revolution. My Aussie kids loved this and its companion book, George the Drummer Boy. 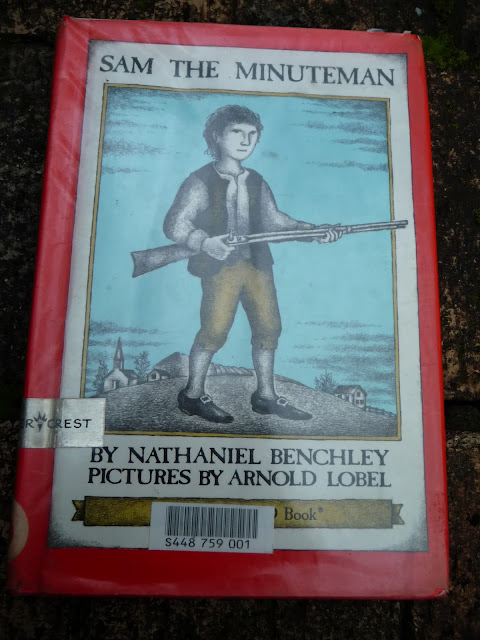 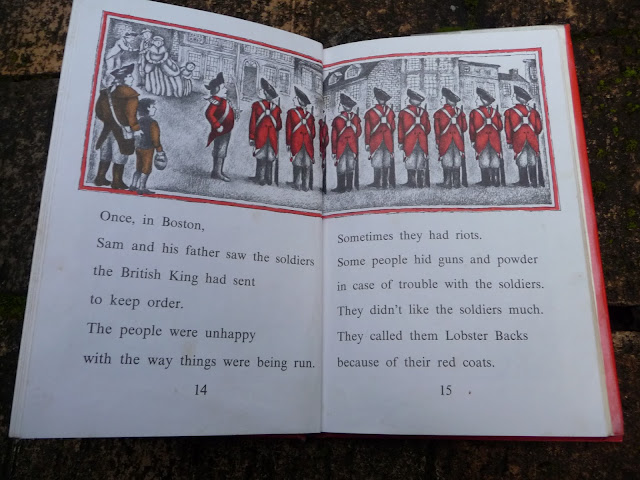 The start of the American Revolution from George the Drummer Boy's view.

We've got an older hardback copy which I couldn't place when I was looking through the other books but it was another favourite. 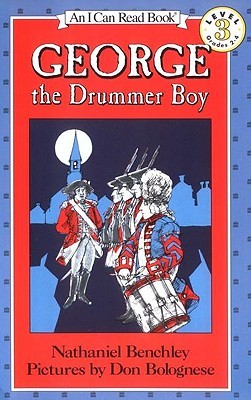 Follow the Drinking Gourd: a Story of the Underground Railway by F.N. Monjo - 6 short chapters. The writing in this book is of a smaller print than any of the other books I've posted here. 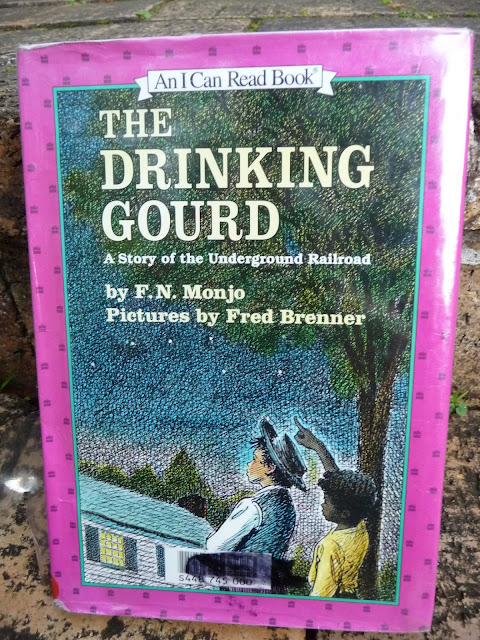 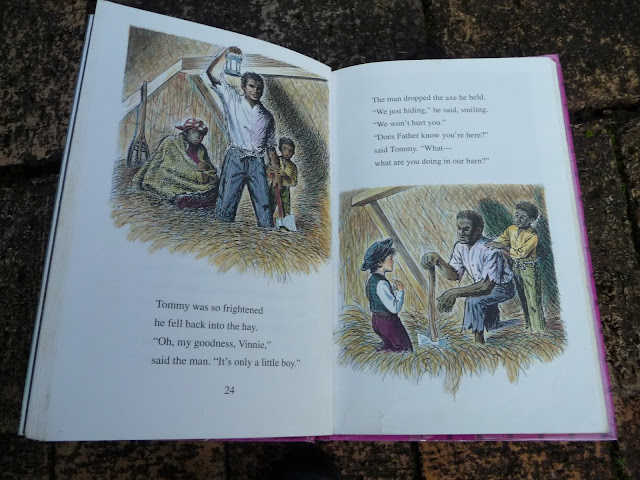 Crazy Horse: Sioux Warrior by Enid Meadowcroft is more of a short chapter book but it is an interesting read for a beginner who is ready for something more than one of the shorter readers above. 11 chapters, 80 pages & large print. 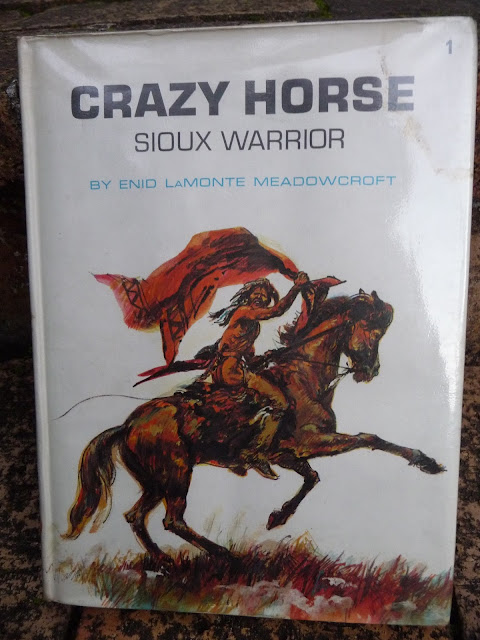 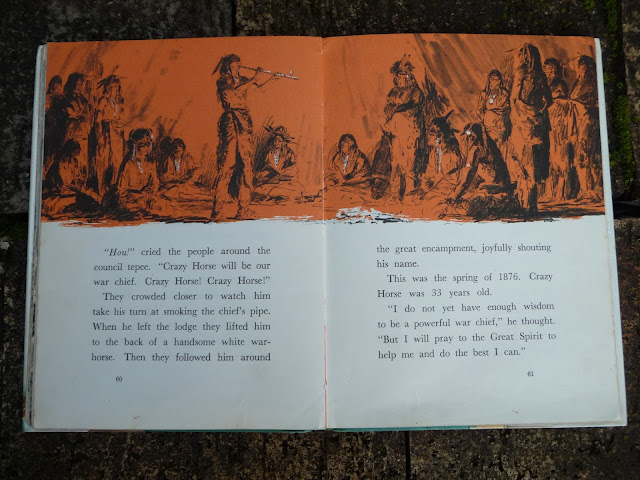 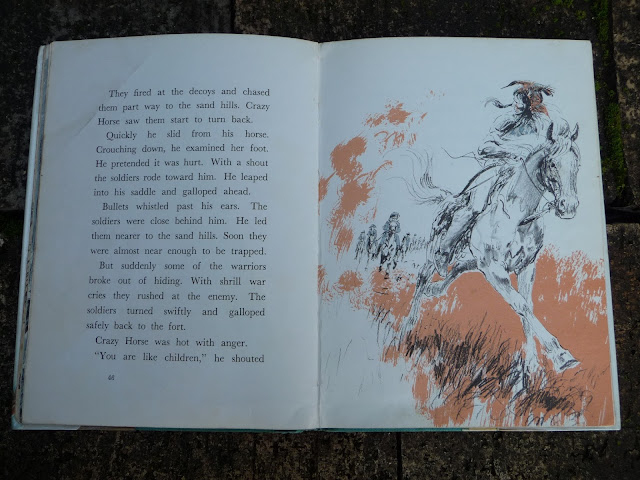 The author has written three other books about American Indians in this series.

We have every one of these except Crazy Horse!

My two current beginning readers are girls. They also enjoy many of these, but have not been obsessed the way my son was. =) I still have another boy that will eventually be reading these as well though.

My girls have been more obsessed with Arnold Lobel, Peggy Parrish, and Russell Hoban. So more literature oriented beginning readers.

My six year old boy will love these, I'll have to look for them at the library. Right now, he's just been reading out of the McGuffey books, and loves those too. Thanks for sharing, I found you on Trivium Tuesdays!

We have read a number of these! I love how so many history stories are accessible to young readers. Thanks for sharing all of these recommendations!

Believe it or not, these look like Amelia could handle these on her own right now, at age 11! Are these read in one sitting, or would it take a few days? Thanks Carol! Much Love, Betty

Have emailed you, Betty. X