Madame How & Lady Why: Chapter 7 - The Chalk-Carts

Chalk-carts, like mice, and dead leaves, and most other matters in the universe are very curious and odd things in the eyes of wise and reasonable people.

The White Cliffs of Dover 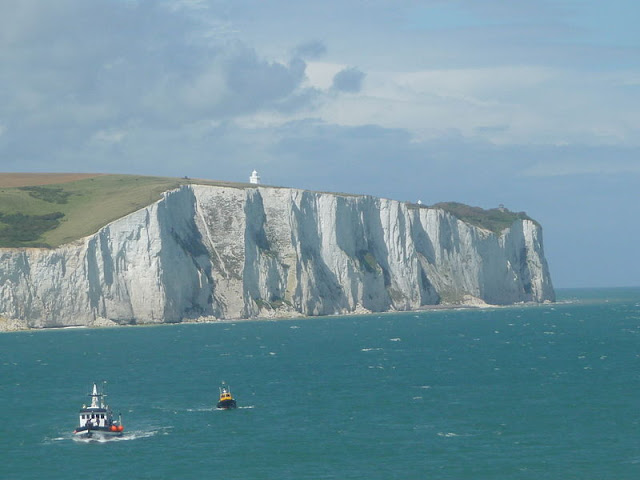 I couldn't find a definition of 'chalk-carts' anywhere although it's obvious Kingsley was referring to the carts that carried chalk from the area where it was cut. From what I've read (here, for example) it appears the carts were part of a horse-drawn industrial tramway, something that was introduced at the beginning of the nineteenth century. This chapter was fascinating once I understood the gist of what Kingsley was getting, at which wasn't obvious to me until after I'd done some digging around.

Many of these (chalk) pits are located near farms and settlements where one principal use of the chalk was for the production of lime which was used to ‘fertilise’ or ‘lighten’ heavier clay soils and also to improve drainage and make it more easy to cultivate.
Chalk in the Limelight

The South Downs area of England is a series of chalk hills in the Hampshire, East Sussex, West Sussex counties. The chalk landscape acts like a giant sponge, and stores water. A huge underground reservoir provides fresh drinking water for over 1 million people living in the area.

Karst Landscape - Kingsley didn't use this phrase probably because it wasn't in use until the late nineteenth century, but it refers to a limestone region where most or all of the drainage is by underground channels and where erosion has produced fissures, sinkholes, underground streams, and caverns. Some photos and more information here.
I've travelled across the Nullarbor Plain many times but it was only when I was reading though Madame How & Lady Why that I discovered that it is the world's largest limestone karst.


Page 126 - The 'silver Itchen' - one of the most famous chalk streams of Hampshire in England which attracts anglers from all over the world. 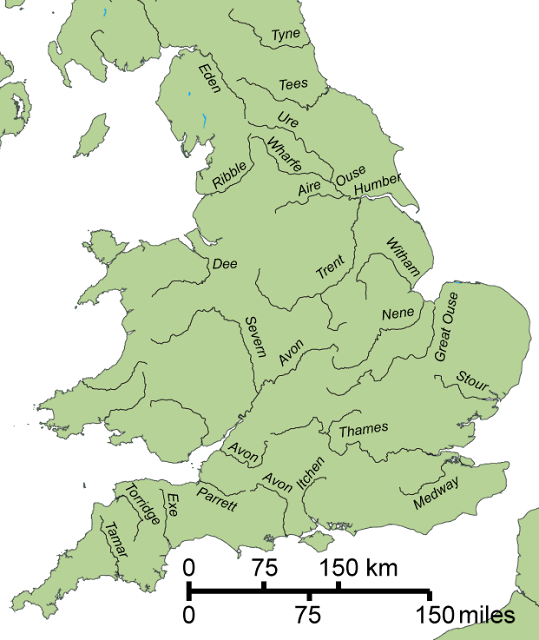 Page 126 - invisible chalk  in the water causes it to be 'hard.' A written narration from 10 year old Moozle:


"Chalk is many different things. Limestone is a harder form of chalk, and marble is chalk heated up. There is lots of chalk in England, the White cliffs of Dover are made of chalk, and lots of other things are made of chalk, not just in England, but in some other countries.  The chalk runs out of caves made by the water in little streams, and thus deposits it in the rivers. If you drink water out of one of these rivers, it’ll taste kind of hard. That’s the chalk in the river that’s making it taste hard." 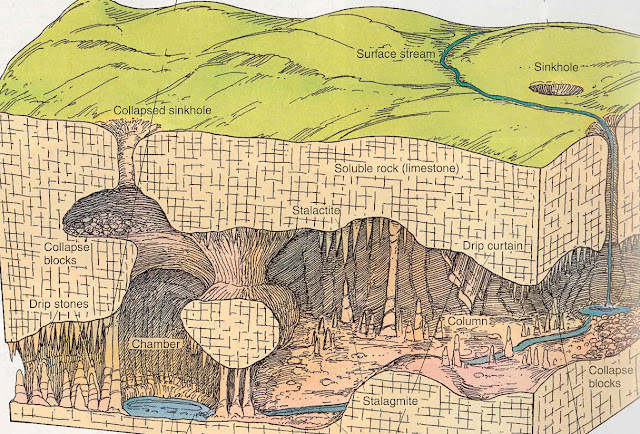 Page 131: Breccia (Italian) - rock consisting of angular fragments cemented together in a matrix. 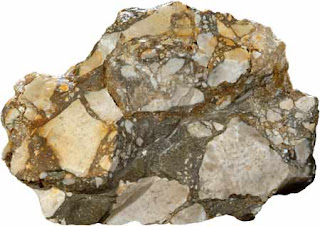 Page 132: Sink hole - a basin in limestone areas down which water disappears. Other names include swallow hole, swallet or doline. 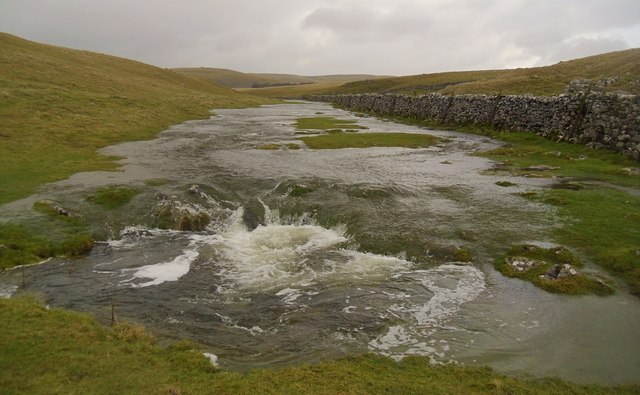 Page 135 - the dropping-well at Knaresborough showing various articles in various stages of petrification. It will take about 3 to 5 months to petrify a teddy bear: 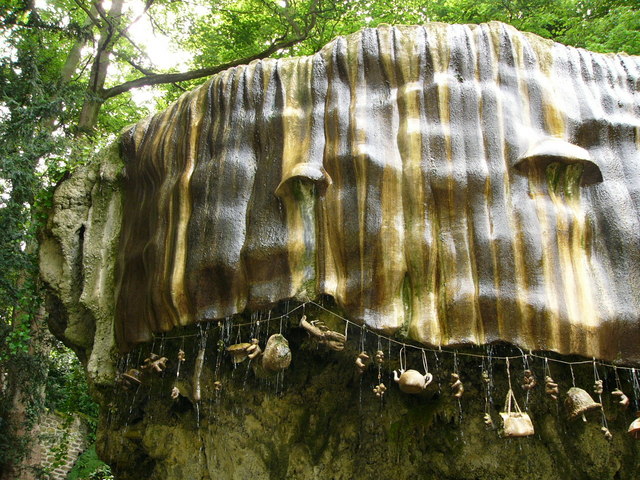 Pg 135 - the Proteus or cave salamander. Photos and descriptions here.

Lake Cerknisko (Cercnika, Czirknitz) - the lake that vanishes. Found on a karst landscape in Slovenia

See The Mysterious Lake Cerknica - just beautiful!
And some more photos of the lake. 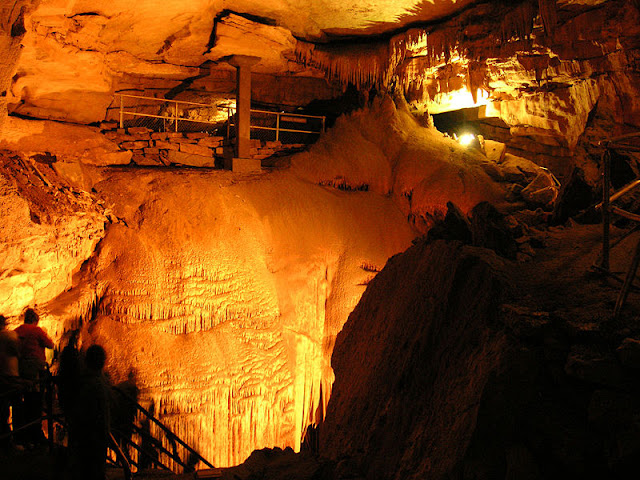 'In Humboldt's Footsteps' - The Guacharo Cave
Another name for the Guacharo bird is the oilbird - Kingsley mentions that 'The Indians kill and eat them for their fat.'
Some more information on the birds here
Wonderful gallery of photos of these birds here. 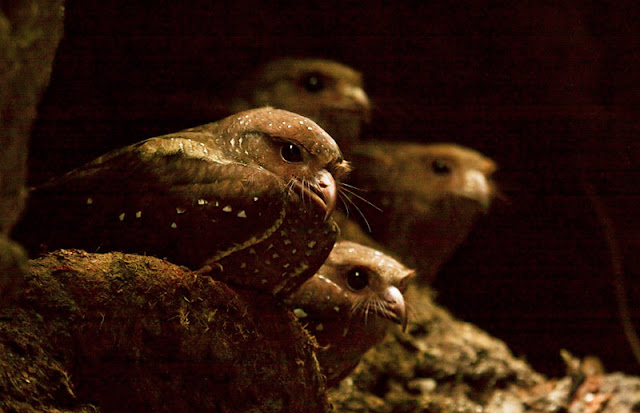 Virginia Lee said…
I think you need a medal for not only putting all of this together, but taking the time to post and share it with the rest of us. I can't give you the medal, but you have my unending gratitude. Between littles, a barfing epidemic in our house, and lack of sleep this just made my day!! Each of these posts have been invaluable to our Y4. Thank you.
12 September 2015 at 02:33

Carol said…
Haha! I think I need a medal because I had to cull about half of what I originally had. There were so many interesting rabbit trails it got beyond me! I hope your family is getting back to good health. I used to plod along ok most of the time but sickness was one of those things that really knocked me off the rails.
12 September 2015 at 18:09

Anonymous said…
Fascinating information Carol... I love geology and I can imagine that it must be difficult to cull so many interesting facts!

Carol said…
I hated what little Geology I did in school so now I'm making up for my deficit & have discovered how interesting it really is.
14 September 2015 at 10:19

The girl who painted trees said…
This is such an amazing resource! Thank you for sharing it. We got behind with MHLW at the end of Y4 and missed doing this chapter, so we are going to start with it for Y5.
25 July 2017 at 11:46