Short on time for including some Mother Culture in your life at this time of year? How about some short stories with Advent & Christmas themes:

The Story of the Other Wise Man by Henry van Dyke 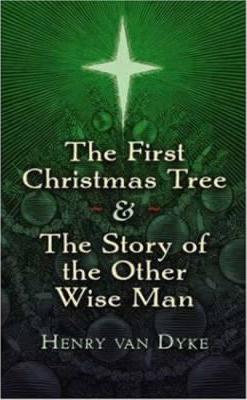 The Story of the Other Wise Man is by far the best of the two stories in this book but The First Christmas Tree is a worthwhile read also so I’ll quickly mention a bit about that first. Set in Germany in the eighth century, The First Christmas Tree tells of the encounter between Winfried (known mostly by his Roman name, Boniface) and a group of pagans celebrating a festival in the woods. Boniface intervenes and saves the Chief’s young son from being sacrificed to appease Thor.

"...out yonder in the wide forest, who knows what storms are raving to-night in the hearts of men, though all the woods are still? who knows what haunts of wrath and cruelty are closed tonight against the advent of the Prince of Peace? And shall I tell you what religion means to those who are called and chosen to dare, and to fight, and to conquer the world for Christ? It means to go against the strongholds of the adversary. It means to struggle to win an entrance for the Master everywhere. What helmet is strong enough for this strife save the helmet of salvation? What breastplate can guard a man against these fiery darts but the breastplate of righteousness? What shoes can stand the wear of these journeys but the preparation of the gospel of peace?"

The First Christmas Tree is free to read here.

Henry van Dyke tells the tale of  'the fourth wise man,' one of the Magi from the East who was to go with the other three to seek the Saviour of the world:


'You know the story of the Three Wise Men of the East, and how they traveled from far away to offer their gifts at the manger-cradle in Bethlehem. But have you ever heard the story of the Other Wise Man, who also saw the star in its rising, and set out to follow it, yet did not arrive with his brethren in the presence of the young child Jesus? Of the great desire of this fourth pilgrim, and how it was denied, yet accomplished in the denial; of his many wanderings and the probations of his soul; of the long way of his seeking, and the strange way of his finding, the One whom he sought—I would tell the tale as I have heard fragments of it in the Hall of Dreams, in the palace of the Heart of Man.'

Highly, highly recommended!! I read it aloud last Christmas, and that was probably a mistake. I could barely read it towards the end as I was so emotionally affected by it. It is available to read online here and here. The book I linked to above is an unabridged Dover Publication HB and contains traditional simple, woodcut-type illustrations. Be aware that some copies of The Story of the Other Wise Man are revised or abridged.
Henry van Dyck also wrote the lyrics to the hymn, 'Joyful, Joyful, We Adore Thee' in 1907. Some background to the hymn is here.


The Gift of the Magi by O. Henry 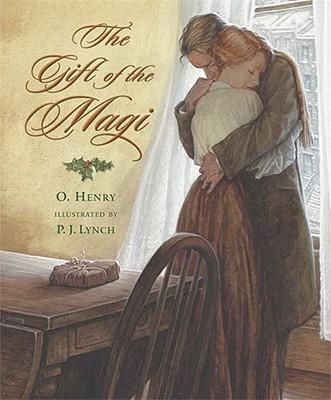 The Gift of the Magi  by O. Henry is a beautifully illustrated & unabridged hardback book. The story is also free online (click on text below) and is quite short so it lends itself well to a picture book format although it's of more interest to adults, I think.
Classical Academic Press have a free audio of this story you may download.

The magi, as you know, were wise men - wonderfully wise men - who brought gifts to the Babe in the manger. They invented the art of giving Christmas presents. Being wise, their gifts were no doubt wise ones, possibly bearing the privilege of exchange in case of duplication. And here I have lamely related to you the uneventful chronicle of two foolish children in a flat who most unwisely sacrificed for each other the greatest treasures of their house. But in a last word to the wise of these days let it be said that of all who give gifts these two were the wisest. Of all who give and receive gifts, such as they are wisest. Everywhere they are wisest. They are the magi.

The Birth by Gene Edwards

An unusual look at the Christmas story. I wrote about it here. 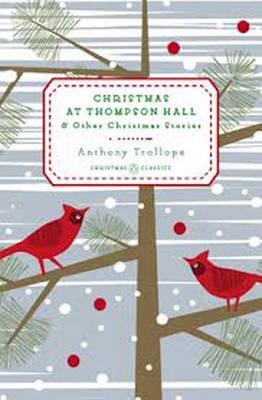 This is a collection of five short stories in a lovely HB presentation & set during the Christmas season. Christmas at Thompson Hall is the longest of the stories and is an enjoyable, light-hearted read that relates a sort of comedy of errors on the part of a Mrs Brown. Mrs Brown is a very proper British woman who commits a blunder in a night-time encounter in a French hotel. By a series of ‘fibs’ to cover up her embarassment, her innocent mistake develops into a serious situation.
Trollope's description of Mrs Brown:

‘She was a large woman, with a commanding bust, thought by some to be handsome, after the manner of Juno. But with strangers there was a certain severity of manner about her, - a fortification, as it were, of her virtue against all possible attacks, - a declared determination to maintain at all points, the beautiful character of a British matron, which, much as it had been appreciated at Thompson Hall, had met with some ill-natured criticism among French men and women.'


The Adventure of the Christmas Pudding by Agatha Christie (1960)

Agatha Christie described this collection of short stories as a book of Christmas fare with two main courses: The Adventure of the Christmas Pudding and The Mystery of the Spanish Chest. It also includes a selection of three entrees, and a sorbet!
I’ve had this book for awhile and plan to read it over December. Fun! 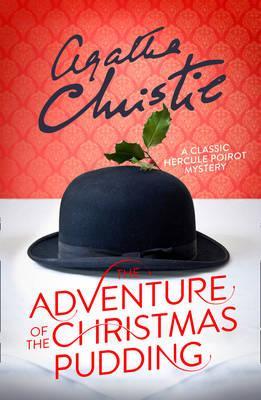 Great post. I remember reading The Gift of The Magi in school. It has been many years but I still seem to remember it vividly. I will try to reread it in the next day or so.

My wife has been talking about reading that Agatha Christie collection this year. It looks t be a great read for the season.

These look like a wonderful collection of Christmas reading. I have not read the Agatha Christie one. I need to rummage through and see if I have it somewhere. Mysteries are my guilty pleasure.

I read a lot growing up but I can only remember two books in total. Either I have a bad memory or the books that I did read weren’t that great. I’m playing catch up now 🙂

I came across some old Agathie Christie radio audios on YouTube & The Adventure of the Christmas Pudding was one. I haven’t listened to them but I might try them out when I get around to doing some ironing,

Quite a good story about such a wise man.
luton airport meet and greet