Back to the Classics: The Rosemary Tree by Elizabeth Goudge (1956) 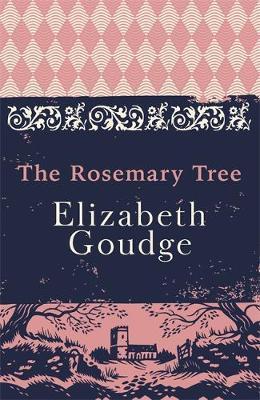 The Rosemary Tree is the first book I’ve read by Elizabeth Goudge, although she’s been on my radar for many years, but I doubt it will be my last as I found her writing to be descriptive and multi-layered; her characters warm and interesting.
The Rosemary Tree not only has an engaging plot, it also displays a skill in revealing character and from what I’ve read about the author, this seems to be her trademark.
There are, of course, many authors who have this skill, but Goudge doesn’t leave her characters unveiled and without hope. As they acknowledge and confront their weaknesses, mistakes, and outright transgressions, those same defects become catalysts for redemption. I loved this aspect of her writing and how it reflects her Christian values.
I won’t divulge the plot as there are a couple of surprises but here are some selections from the book to whet your appetite.

Goudge’s phrase ‘Interior Riches’ and the idea of ‘furnishing ones’ own private world' stood out to me so much that I wrote about it here.

'...out of chance phrases and flashes of beauty (Michael) had always in old days been able to build for himself his country of escape. “Rest and ease, a convenient place, pleasant fields and groves, murmuring springs, and a sweet repose of mind.” Cervantes had known the same country, and had doubtless retained the power to create it even in the midst of misery, so great were his own interior riches.
But Michael’s imagination had always been dependent upon exterior bounty, and cut off from that he had been cut off from his country too.'

‘...sarcasm doesn’t grow on the same stalk as humility.’

Goudge expressed the idea that hospitality could be sacramental. I’ve been pondering this and thinking back on some experiences we’ve had where hospitality did serve as a tangible extension of grace.

'He did occasionally let fall tokens of respect, and always when Michael was feeling most disintegrated by a sense of his worthlessness. They seemed to be bestowed to join him together again, for Bob seemed always moved by that strong creative impulse which only the best men have. In most men, Michael thought, even decent men, the destructive impulse is strongest in the presence of weakness.'

'(Miss Giles’) amused liking for the amiable muddier was infused with sudden respect; which was not lost when he stopped the car with such a jerk that her head nearly went through the windscreen. He was out of the car in a moment, apologising and helping her out in a manner that could not have been more courteous had she been a duchess. Four shallow steps led up to the front door...and such is the power of suggestion that she walked up them as though she were a duchess, and led the way to the drawing-room with an air of elegance and grace that smote John’s heart with compassion. Another man might have thought it merely laughable...but to John it was as though he saw a fragile delicate flower struggling for life in some airless slum.'

Mrs Belling - on the surface a very sweet, charming woman who ran Oaklands, a school for small girls. Underneath, a completely self-absorbed woman who exercised a compelling power.

'Oaklands aquired an enviable reputation...and after forty-five years, even though it was declining now both in numbers and prosperity, it still retained it, as the scent of a rose still clings to it after the petals have begun to fall...
But the scent of a dying rose becomes at last tinged with the smell of decay and so had the atmosphere of Oaklands, emanating Asia did from the extraordinarily strong personality of Mrs. Belling...it was not easy to realise that strength could exist enclosed in such fatness and flabbiness, such laziness and self-indulgence, and hardly anyone did realise it; apart from a few of the children, and their unconscious knowledge showed itself only as a curious shrinking from Mrs. Billing’s sweetness.'

For some reason I had in my mind that this author would be a little saccharine and light but a few of my reading friends spoke highly of her writing so I knew I should at least try one of her books.
I did find the last couple of chapters of The Rosemary Tree to be a little contrived or forced (I was thinking mostly of one or two conversations where Harriet was involved) but Goudge’s revelations concerning Mrs. Belling’s true character made up for any other deficiencies.

Linking to 2018 Back to the Classics Challenge: A Classic by an Author That's New to You.
And to The Official 2018 TBR Pile Challenge

And to Carole's Books You Loved: April
at March 11, 2018
Email ThisBlogThis!Share to TwitterShare to FacebookShare to Pinterest
Labels: 50 Classics in 5 Years, Back to the Classics 2018, Elizabeth Goudge, Literature, Mother Culture

I always feel like celebrating when someone discovers Elizabeth Grudge, I'm sure the world would be a better place if more people read her. I can't read her without using my commonplace, she makes me stop and think or stop to admire her words and let them sink in and wash over me. Try the Herb of Grace too, I suspect you will enjoy that too.

Yes, she's definitely commonplace material. Thanks for the Herb of Grace recommendation. :)

Oh I am glad you liked this! It is the only book of hers that I have read but I would gladly read more. I had never heard of her until Lory at The Emerald City Book Review hosted her reading week last year.

I have not read The Rosemary Tree, but I just finished Green Dolphin Street this evening and it took my breath away. Her spiritual thoughts shine through her writing and you are right -- she always retains both a sense of contrition and also hope. The complexity of her characters ring true for me, and I adore her landscapes. So glad you enjoyed her work. I'm looking forward to reading this one too!

Hi Ruthiella, now that I've got one of her books under my belt I'm looking forward to reading more. I think her books may become addictive.

Celeste, Green Dolphin Street was published in England under the title Green Dolphin Country. When I read your comment I checked because I wasn't sure I had the title correct. A friend of mine highly recommended that one to me so I will definitely put that on the list!

my mom (late) loved EG... i've meant to try her for a while; maybe now? have you read Georgette Heyer? i love the way she writes...

I don’t think I have, Mudpuddle. Is she anything like Victoria Holt?? I read a couple of hers a long time ago. Do you have a favourite you can recommend? Another author I remember reading was Taylor Caldwell - don’t know if there are any similarities between her & Heyer but for some reason those three authors are linked in my mind.

there's a long screed on GH on Wiki; her writing style is elegant and humorous at the same time... mostly she writes on English society in the middle 19th c., although she does have 5(?) mysteries to her credit... if i had to compare, i'd term her prose as a sort of a cross between Jane Austen and Harrison Ainsworth...

I'm glad you enjoyed your first Goudge book. I have not loved all of them, but 80 percent of them have been marvelous. Deans' Watch is my favorite followed by the Damerosehay trilogy.

Regarding Georgette Heyer, I've tried many times to read her books because they come so highly recommended for their witty dialogue, but I struggle to enjoy books where the protagonists have no moral compass. Goudge has spoiled me!

I appreciate the recommendation. I have enjoyed several of EG's other books, but I had not heard of this one. I think I might add it to my reading list. I really admire this author for all the reasons others have already stated.

Hi Laura jean, thanks for your comment! I just bought a copy of Green Dolphin Country as I'd heard it was good - 743 pgs so that will keep me going for a while! If you have another of her books you'd recommend, let me know. :)

I don't think I've ever read this author.... Cheers