About seven years ago I happened upon an audio version of this book in the library when I was looking for something to listen to as an incentive to get a mega load of ironing done. I enjoyed the story enough to buy the book and it was a great addition to our collection of non-fiction books for World War II.
This is an amazingly true story of bravery, faithfulness, courage and survival against literally all odds that took place during the Nazi occupation of Norway in World War II.
In March, 1943, twelve men, expatriate Nowegian commandos, set sail from the Shetland Islands to the north coast of Norway with two objectives: to train the locals in the skills of sabotage and later to attack and destroy a large German military airfield.
By an unlucky chance their plans are ruined; they are betrayed and forced to abandon their boat when they are met by a German warship as they approach land. One of the group is killed in the attempt to reach the shore, ten are captured and later executed, and one man, twenty-six year old Jan Baalsrud, escapes. This book is his story. 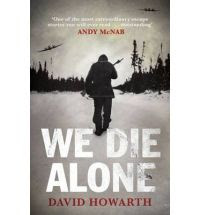 'If Jan had stopped to think, everything would have seemed hopeless. He was alone, in uniform, on a small bare island, hunted by about fifty Germans. He left a deep track, as he waded through the snow, which anyone could follow. He was wet through and had one bare foot, which was wounded, and it was freezing hard. The island was separated from the mainland by two sounds, each several miles wide, which were patrolled by the enemy, and all his money and papers had been blown up in the boat.'

Jan escapes from the island by swimming across the sound. Exhausted and finally unconscious, he is swept ashore where he is found by some children and is taken into their home and cared for. From there he is later rowed to the mainland with the intent of making an attempt to reach Sweden on skis, a distance of sixty miles, but is caught in an avalanche.......concussed, wandering four days and nights in the mountains, snow blinded, frost bitten and gangrene infected, delirious and almost dead, Jan gives up hope, but a group of isolated arctic villagers are determined to save him.

The author first heard the skeleton of this story during the war but it wasn't until ten years later that he had the opportunity to visit the far north of Norway to find out what had really happened and to piece all the individual recollections and events together to form a true account. He has seen nearly all the places mentioned, met almost all the people and has given a detailed, absorbing account.
All through the story there are shining acts of charity shown to Jans by his fellow Norwegians, incredible coincidences and feats of bravery. 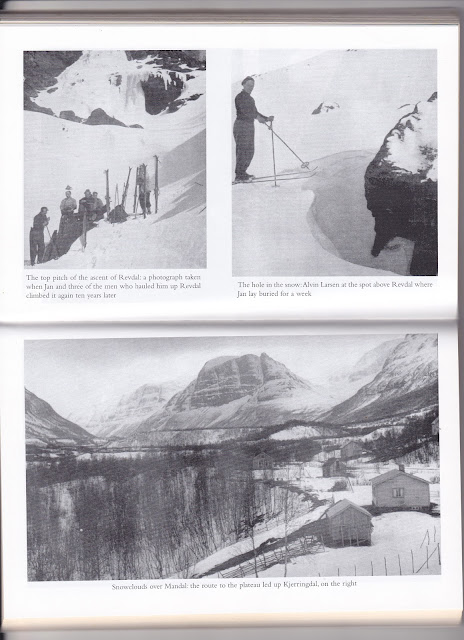 At one stage Jan completely loses hope and would have committed suicide but he was physically incapable of the act:

It was absurd really. He felt he had made a fool of himself. He had struggles so long to preserve his own life that now he had not enough strength in his fingers to kill himself. If he had not felt ashamed, he would have laughed.

An outstanding story and a great choice for a boy! My children read the book when they were about 13 years of age and as I was writing this, I had two of my boys remark that they thought this book was great. Courage, resilience, Arctic conditions, wolves - all the right ingredients & all the better because it actually happened.

I originally posted this about two years ago but updated it with some more detail.

Carol, thanks for linking in. Cheers

This book sounds amazing. Thanks for reviewing it.

Stopping by from Carole's Books You Loved June Edition. I am in the list as #31.

What an inspiring story! Thanks for sharing your thoughts on this book at Booknificent Thursday this week!
Tina

I got it from the library but am still wondering if it would make a good read aloud. What is the worldview?

Annie, he basically said in the book that he'd never bothered about God before & thought it was hypocritical to turn to Him because he had no other recourse. Interesting & sad. I couldn't understand that because of my own experience - I was so desperate it made me turn to God because it wasn't until circumstances became bad enough that I realised I needed him. I think he had a fatalistic type of view & the idea of suicide grew out of that. From memory that was the only part of the book I'd be hesitant about with younger readers.

Thank you so much for this, Carol. There's a lot of pride associated in that viewpoint, and it can be so dangerous for susceptible young minds. That was the kind of thing I wanted to know. I'll preread it before deciding about it as a read aloud.