The Spartan by Caroline Dale Snedeker 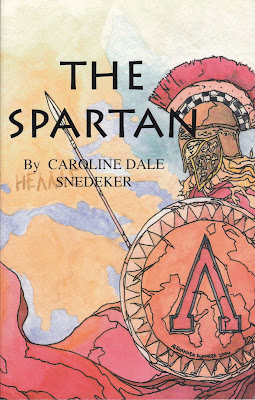 The historian Herodotus (c. 485-425 BC) in his narrative history, which records the wars between the Greeks and the Persians, gives an account of a young man named Aristodemos. Caroline Dale Snedeker has taken this brief description, fleshed it out and brought this period of ancient history vibrantly to life.

The son of Lykos, a cultured Athenian and his Spartan wife, Makaria, Aristdemos grew up in Athens, inbibing the culture, the love of beauty, the songs of Homer and his father's ideas of freedom. When he was 10 years old his father was killed in an accident and he and his mother returned to her hometown in Sparta. Here he was thrust into the rigours of a Spartan training camp, which appalled and disgusted him.

Aristodemos was placed under Leonidas, his 'ilarch,' who trained him but also offered him his friendship. As the young boy gradually learnt the ways of the Spartans, he became a respected warrior and Leonidas's closest companion.

"Thy mother loveth and honoureth the thee," remarked Leonidas. They were throwing the disk in the Dromos, where Aristodemos's skill was gradually creeping up to the record of his friend. Aristodemos paused, thoughtful, with bowed head, disk in hand.
"She loved me not when I was poor and unheeded. I think it is my victory she love the more than me."

Leonidas eventually became King of Sparta and when King Xerxes and his Persian host threatened the countries of Greece, Aristodemos went with Leonidas to defend the Pass of Thermopylae.
Originally published as The Coward of Thermopylae in 1911, the book was republished as The Spartan in 1912, and in the preface to the 1912 edition the author wrote:

The new title of the book will be found a little less misleading than the former. One must perhaps know our hero well before the "Coward of Thermopylae" can become an affectionate paradox.

Getting to know our hero Aristodemos, the only survivor of The Battle of Thermopylae, well, is the substance of this book.

The Spartan is scheduled in Year 12 of Ambleside Online and at first glance it might appear out of place at that level. Caroline Dale Snedeker wrote a number of historically accurate novels for children but this book is more than just a story set in Ancient Greece. The differences culturally and philosophically between the people of Athens and those of Sparta is skilfully shown; the splendour of the Persians and the hubris of Xerxes; the realities of Spartan training, their embracing of death and the fatalistic fear inspired by their gods are interwoven in the story.

...something in the brightness of the face, the joyous nod of the golden head, struck Leonidas with that shrewd ancient fear of the Greeks.

"Be not so openly glad, Aristodemos," he said. "Remember the signet ring of Polycrates the fortunate one, which the gods returned to him from the sea before they came to destroy him. Some things the gods will not brook, and for the too-happy man there is no escape, turn he this way or that!"


One of the strongest pictures for me was the absolute rejection of Aristodemos by his mother after the Battle of Thermopylae. Following the natural progression of a philosophical outlook to its end - in this case a mother who would curse and spurn her son who returned from battle, without knowing the circumstances, and wish him dead - was a powerful way to portray and bring the Spartan philosophy to life.
Our philosophy of life is reflected in how we live and act, and bears fruit in keeping with itself.

A Spartan Woman Giving a Shield to Her Son 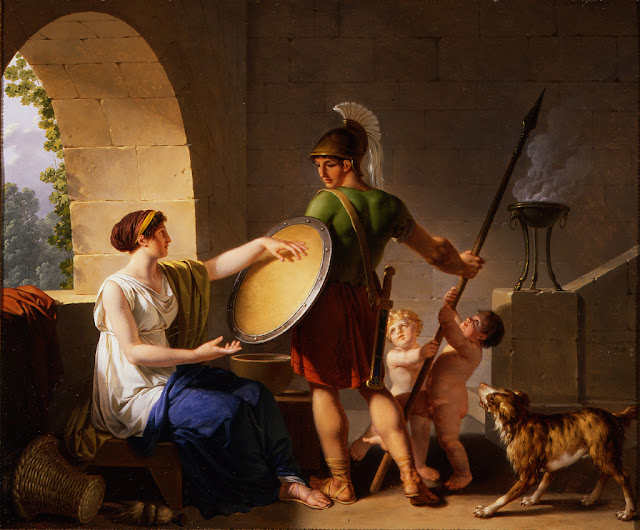 I really like historically based books like this to have a map but fortunately, it doesn't have any, so here's one from Wikipedia. 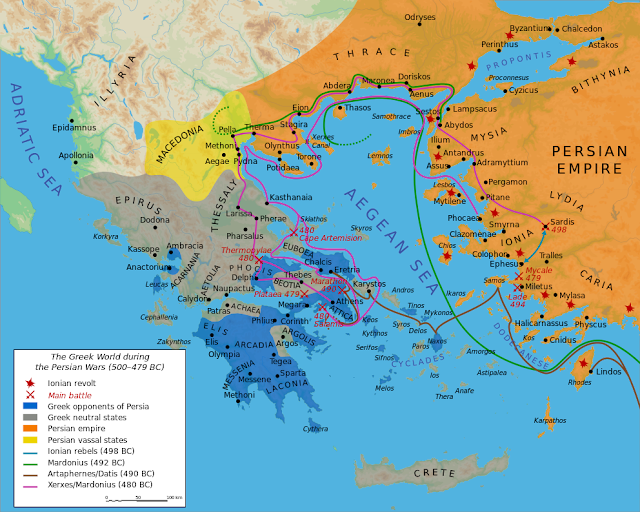 I absolutely love Snedecker. I haven't read The Spartan yet, but I read The Forgotten Daughter and the way she crafts her writing, so it shows not only the story but the subtle differences in the characters she portrays, is truly amazing. I can't wait to read more of her works.

I've read your review on The Forgotten Daughter & I've had the book for a few years but havent got to reading it yet. She is a good writer & is skilfull at recreating the past. Enjoy your Hamlet read along.

Thanks for sharing this at Booknificent Thursday! It looks a little heavy for my current state of mind, but I'll keep it in mind for the future.
Tina

Thanks for sharing...I don't know this book.

Stopping by from Carole's Books You Loved August Edition. I am in the list as #30 through #33.

The Promise of Home

The Secrets of Lake Road

In The Dark Places

Reading The Iliad at the moment ( one book a day) and loving it.
I only wished it had been one of my books to read in high school.
Have/had you included The Iliad in your education program for your (older) children at ?

Hi Nancy, we've only read some retellings of The Iliad. I'm planning to read The Odyssey, Fagles translation if I can get it, when Moozle's a bit older