Where to place students in the Ambleside Online curriculum is a question that comes up repeatedly and seems to cause much angst. I think the problem is we look at the year number and think our child is a certain age and therefore needs to be in a year that would correspond with the year they would be in if they were going to school.

When my older sons were doing Ambleside Online Year 8, one of my daughter's friends was in college doing a liberal arts degree and was reading books such as Utopia and the essays of Francis Bacon, books my two sons were using in their AO reading .

I took awhile trying to figure out where to place my just turned 13 year old son, Bengy, and decided Year 6 would give him an opportunity to cover Modern History, which he was keen to do. In previous years we'd worked our way through the Middle Ages and the Renaissance & Reformation and then he had a year of a combination of AO books from various levels as I worked out whether to place him in year 6 or 7 and got my two older boys going with Year 8.

Looking at the books for Year 6, I decided they would work for a 13 year old and that I could add extra reading for World War 2 to beef it up a bit and make up for some books he'd already done.

We basically followed the AO schedule but omitted books we's used in previous years i.e. Genesis: Finding our Roots; It Couldn't Just Happen; Age of Fable and a number of the free reads.

We added in to the weekly schedule:

The Book Of Marvels (Geography) - an AO year 5 book.

The Mystery of the Periodic Table by Benjamin D. Wiker (Science) 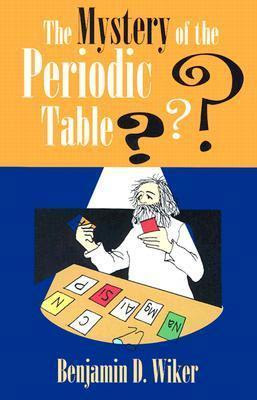 Exploring the History of Medicine by John Hudson Tiner (Science) 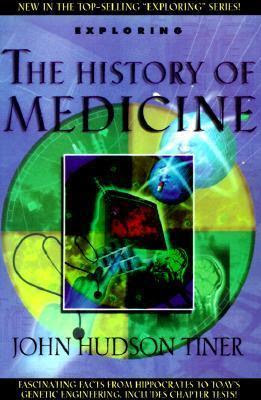 I made out a list each week and allowed him to space out his readings and work however he wanted. He had to work around the times when we did devotions, read aloud, Plutarch and Shakepeare as a group and our weekly trip to music lessons. About half way through the week I would ask him how he was going and make sure he was on track to finish everything by the end of the week and in return he'd remind me that I needed to do his dictation with him.
This is a sample of the weekly schedule he followed: 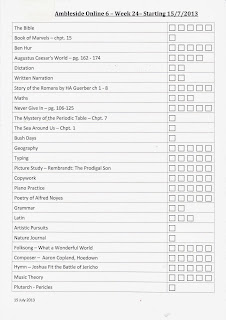 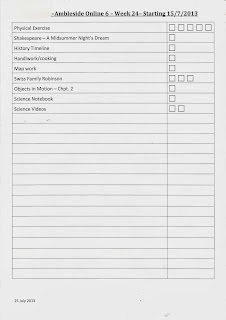 The Hobbit, Never Give In, Albert Einstein and Galileo & The Magic Numbers.

Easy Grammar Plus by Wanda Phillips. I just bought the reproducible teacher's text. It's huge and has the worksheet on the right hand side and the answers on the left, which you could cover up if you wanted to write in the actual book. He did about 3 pages a week. Abebooks may be the cheapest way to get it. 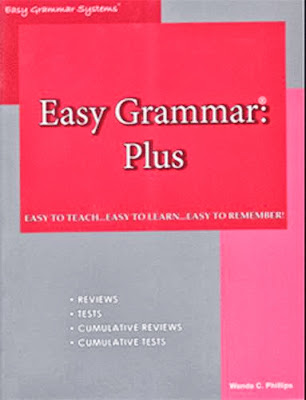 We've used a few different resources for Latin in previous years but this year I gave him Getting Started with Latin by William Linney. Some of it has been review for him but he likes the way this book explains things and it has solidified and made sense of what he'd covered earlier.
If you have a boy who doesn't see the point of Latin, this video I posted a couple of months ago might be helpful for him to watch, especially if he's into computers.

Oral narrations are required after each reading and a written narration with illustrations explaining about something he'd read once a week in his science notebook. 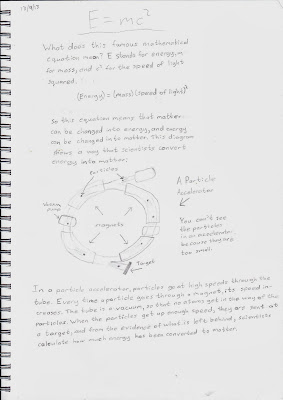 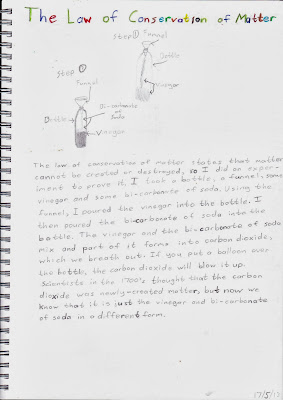 We used a number of online videos to supplement his science reading. I posted some that we used with  Secrets of the Universe here.
I also put a number of other science videos we used on Pinterest  including The Birth of an Island which lined up with the 7th chapter of The Sea Around Us.

Bengy continues to enjoy baking. His forte is pies and this was an experiment where he adapted an apple pie recipe by adding a packet of frozen berries (thawed before use) to the apple filling. The experiment was a ripping success and I barely had time to take the photo before it disappeared. I make sure my children know how to work the oven & are safety conscious but I leave one of them in charge & vacate the room if possible - it's better if I'm not looking because it often looks crazy & gets messy but as long as it gets cleaned up afterwards & nobody gets hurt I'm happy. I'm very blessed to have two sons who are very competent in the kitchen! I did try with the other two... 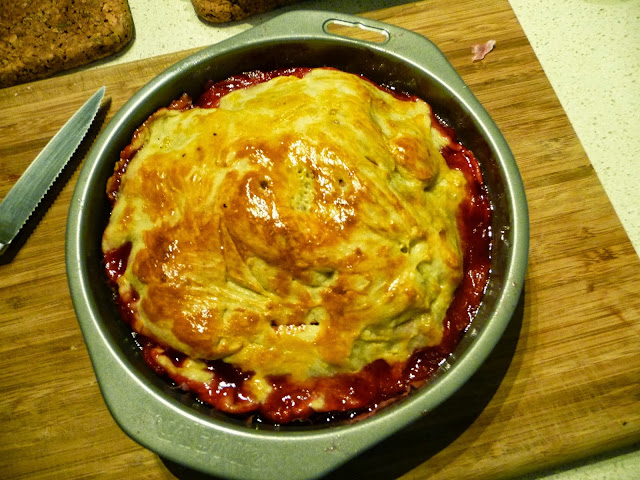 Sound system - my husband is involved with sound production and the boys help out. Bengy has learned to set and pack up and operate the sound system and has assisted at live productions.

Volunteer work - leader at children's holiday programme; projector at church; piano/keyboard in church band; helps lead weekly kid's ministry with his older sister. My children have gravitated to kid's ministry and/or music ministry, areas both my husband and myself have been involved in most of our adult lives. It's very encouraging to see them keen to serve and develop the gifts God has given them.

This year I taught him to use the sewing machine and he made a wheatbag.
Computer - picked up skills from his dad and older siblings.
Cleaning the bathroom, cooking.

Poetic narrations would be the first choice for this young man but I try to get him to try other variations. One he enjoyed was a science quiz. He asked a series of questions, to which he knew the answers and tested everyone else. Here's one of them: 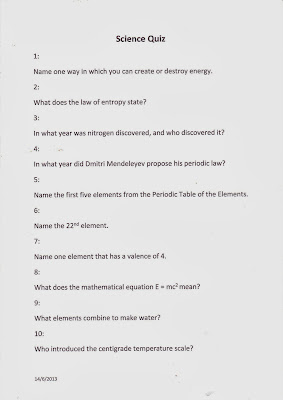 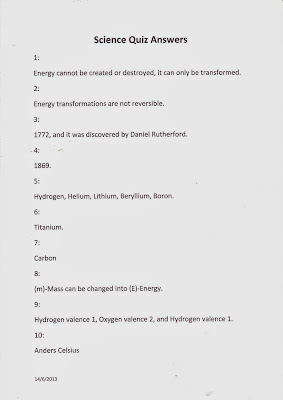 Poetic narration from his Ancient History reading and Shakespeare's The Tempest 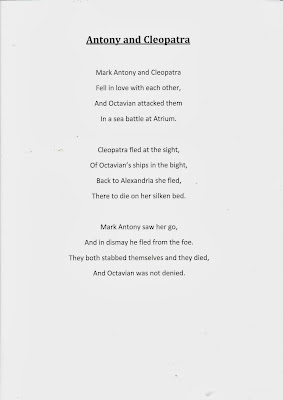 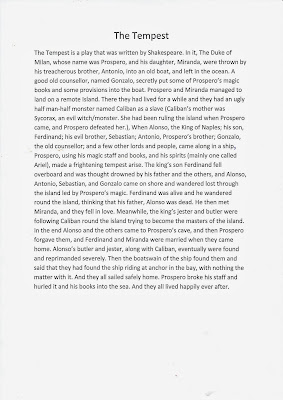 Ourselves by Charlotte Mason

The Merry Adventures of Robin Hood by Howard Pyle

Otto of the Silver Hand by Howard Pyle

The Riddle of the Sands by Erskine Childers - a pre WW1 espionage type novel.
Bengy didn't enjoy it too much, 'way too much detail and not enough story; might have been interesting a hundred years ago......' - a couple of his older brothers enjoyed it though.

Hereward the Wake by Charles Kingsley - free read in AO Year 7; set around the time of the Norman conquest.

The Black Arrow by Robert Louis Stevenson AO Year 7 free read; War of the Roses & Richard the Third before he becomes king.


The Sledge Patrol by David Howarth - Greenland, WW2. Howarth has written some good non-fiction WW2 books we have enjoyed. 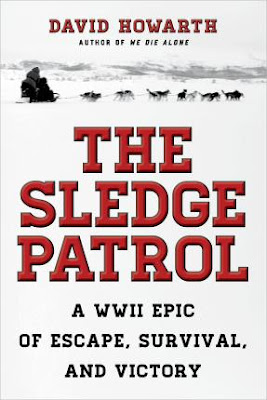 Greenmantle & The Island of Sheep by John Buchan. We love this author's books.

Heroes of Asgard by A & E Keary

Murder on the Orient Express by Agatha Christie

Message From Malaga by Helen MacInnes - espionage, set in Spain during the Cold War 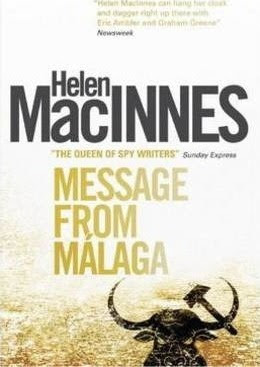 The Unconquerable (also known by the title, Why Still We Live) by Helen MacInnes - Poland, WW2

The Guns of Navarone by Alistair MacLean - WW2; set on a fictional island in Greece

Bear Island by Alistair Maclean - a thriller novel set on an island in the Arctic Ocean about a search for stolen gold from WW2.


Economix by Michael Goodwin - my husband read this book and suggested I give it to the boys to read. Although it's American its general comments are applicable to other areas of the world. You can see sample pages here. 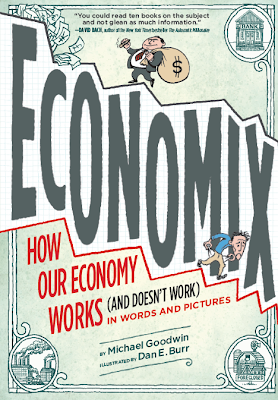 Shakespeare - The Tempest; A Midsummer Night's Dream. I have a Pinterest board with some resources we've used for Shakespeare. 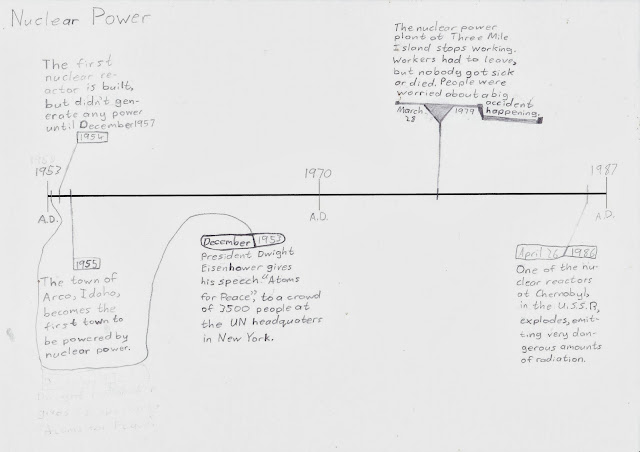 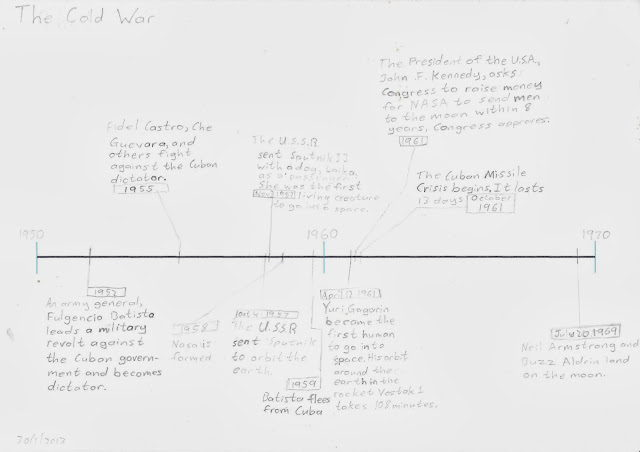 Typing - we use this free online typing tutor; I like it because it uses sections from decent books such as Pinocchio for typing practice.

Maths - completed Saxon Algebra 1 this year - we've use Art Reed's Algebra 1 DVD this time around and Bengy really likes the way he explains concepts. We've used Saxon Maths from 5/4 to Calculus in our family, partly because that was what was available years ago, but we've continued because they've worked well for us, mostly. Two of the boys struggled with Saxon around Algebra 1 & 2 and both of them had a break from Saxon for about 9 months; one did Geometry & the other Khan Academy. If I'd had the DVDs it would have been easier. 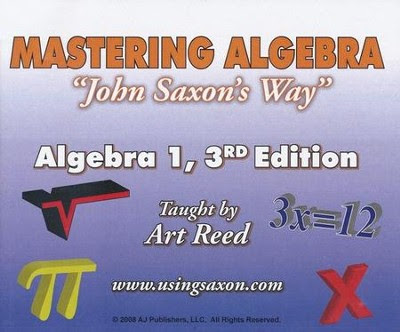 Some people hate Saxon and think that it only teaches them to pass tests and they can't transfer their knowledge and don't understand the 'why,' but that hasn't been the case for us otherwise I would have looked  at something else. Others say there are too many problems per lesson but that can be worked around. Our older children were well prepared for the SAT exams they did and have had no trouble when they did science requiring maths or maths at university.

Earlier this year I found Bengy was taking so long to finish a lesson even though he understood everything and enjoys maths so I told him he only needed to do 3 lessons a week. He's been splitting the lesson into two: one day he views the DVD and does the practice from the book and about half the problems; the next day he does the second half of the practice problems.

The beauty of home education is that we have a choice and we can use whatever works for a particular child and we don't have to allow someone else's opinion to push us to change something that is working well for us.
I also think having a good solid foundation in the early years is so important to understanding highschool level maths.
This site gives some help for working out how to record Saxon on a transcript.

This is wonderful! Thanks...

Visiting your blog from Let's Homeschool High School Blog hop. I am completely impressed with your 13 year olds school work! Great job! My 13 year olds school doesn't look this hard, but I am letting her delve into a bit of high school now. I am inspired!

Wow that looks wonderful and challenging Ambleside is so rich! I wanted to ask you if you'd considering linking this post to Finishing Strong Homeschooling Middle & High School Link Up at http://aspiredliving.net/2014/04/09/finishing-strong-middle-high-school-2/ Blessings, Kyle

Lovely. What a rich education. I wholeheartedly agree with you.
As an AO user from day 1, I like having been able to start y1 at 7, and I intend to go year by year until y12, if God allows... but if we slow down due to needs or any event, I will rest confident in the thought their education is complete, no matter what AO year they are soaking on.

Hi Carol, I throughly enjoy your blog. It helps me see how to proceed with AO6 in Downunder with ds. I loose confidence now and again in my delivery but I love reading posts like this that help me work it all out again.

This is a great entry. My DD13 is 8 weeks into AO Pre7.
I'm an Aussie and have found Jeanne's blog A Peaceful Day quite helpful and Australian-ising our books.
My two other children are doing AO1 and AO3 and they are doing very well. We too notebook with our Secrets of the Universe science books. It was interesting to see the page you put up. I'm also inspired by the time line as I must admit I have struggled implementing that. It's only been 8 weeks with AO so I guess I'm allowed to struggle with some things :)