Homeschool to Higher Education - It works! 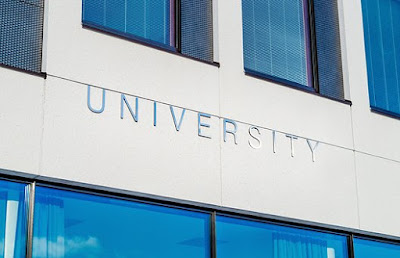 One of the reasons I decided to start a blog was to offer encouragement to others to continue homeschooling through the high school years. My first post was about 16 months ago and I haven't done this yet as I've been concentrating on the here and now but I'm hoping to start covering some of our experience in this area.

Our basic philosophy of education was to nurture our children spirit, soul & body, give them a love of learning, and make sure the basics were solidly in place - reading, writing, arithmetic - so that they would become self-learners.
We wanted each of our children to develop their gifts and capabilities, to be competent and prepared for whatever path they embarked on and to live productive and fruitful lives.

With the above as my background I'm going to jump ahead here and talk about preparation for tertiary education and how we navigated the process of university entry because this is often a reason why home educators in Australia end up sending their high school age children into the school system.

Our three oldest children gained entry to three different universities without formal Year 12 qualifications. We found that some places accept Direct Entry - that is you apply directly to the University without going through UAC (University Admission Centre). This gives a home educated student the opportunity to show the breadth of their learning and not just their exam results.
One of our daughters applied for a placement in this way. This is how we went about it.

* About six months before applying she did the SAT (Scholastic Aptitude Test) which gave her an 'official' mark for English and Mathematics.

* I wrote up a record of the work she had done for Year 12 including a summary of the contents of the Chemistry she had done as it was a prerequisite for entry into the degree she was applying for.

* We put together a resume/portfolio which included character references, part-time work experience, volunteer work, music studies, Duke of Edinburgh qualifications, interests, first aid training and anything else which showed initiative and skill.

* We sent all the documentation to the Administration office and three weeks later she received a phone call offering her a place. Direct entry is so much better for a homeschooled student in my opinion; you don't have to apply at the same time every other school leaver is applying either, but not every university has this option.

* We tried applying for a scholarship at the beginning of her degree but she didn't qualify because it was based on 'official' Year 12 results; however, she topped her cohort over the entire degree and was awarded a monetary prize at her graduation.

This is how our son applied:

We went to an open day at the university and spoke to a very helpful admin person and she confirmed that Direct Entry was not an option and we would need to go through UAC.
He did the SAT and also completed two Open University (OUA) subjects. He chose subjects that were similar to some first year units in the degree he was going to apply for.
He applied online with all the other school leavers that year. I don't know if this is still the case but we had to go through the International application process as there was nowhere on the Australian page of UAC for us to put his SAT scores! It worked out all right but it cost more. He got into the degree he applied for and got credit for at least one of the courses he'd done with OUA.

Next was our daughter who is still completing her degree. I thought I knew the ropes by now but she decided on a degree at a university I thought was going to be a stickler for form. As she was waiting for offers to come out, the university she indicated as her second choice was emailing and sending letters saying they had alternative entry pathways etc. and encouraged her to come to their information sessions.

She went through the same process as her brother but they didn't accept her application because she didn't have a formal Year 12 certificate (even though she received high distinctions for the university subjects she did and had a high SAT score - I thought that was rather stupid and short-sighted of them) but she received an offer from the second university which offered a double degree and as it turned out was a better choice, less travel, and suited her well.
She also got credit for the two subjects she'd done at OUA, was awarded a research scholarship in her second year and is currently employed by the university as a tutor and a research assistant.

Our fourth child, Hoggy, took a different direction. I wrote a bit about him here and not long after I'd written that post he'd decided he would try to get an apprenticeship as an electrician. He had an interview with a company that placed apprentices with tradesmen and they advised him to do a 6 month pre-apprenticeship course in Electrotechnology at TAFE (Technical and Further Education) while he was waiting for an employer, which he did and found the course very easy.
Just as he was finishing this, an opportunity came out of the blue (well, it was an unexpected answer to lots of prayer!!) and he applied for an Electrical Engineering Cadetship which was being offered with a large company. He had no formal Year 12, no SAT score and I had to prepare a 'school report' that the interviewers could relate to (they had never had home educated students apply before this) and Hoggy had a to assemble a portfolio of technical work he'd completed at TAFE and at home and write up a resume.

After going through an application process, he attended an interview, did an aptitude exam, and a few weeks later he received an offer of employment. This whole experience had been a walk of faith for him and us and we are all blown away with how it all turned out in the end. He gets a good wage, the company is paying for him to complete an Advanced Diploma of Electrical Engineering over 4 years and he is working under the supervision of some very experienced mentors.

A big sigh of relief......4 down, 3 to go!
God has been good. To the faithful He shows Himself faithful.

Erin said…
Carol
We have two in college, they entered via UAC- they sat for the STAT test, score was converted to ATAR and they were in. Mind you 1/3 of the College have been homes educated.
Our third child tried Open Uni but wasn't for him. we'll re-consider next year whether to do STAT or a bridging course with uni of his choice (obviously they have to be willing, which many are)
7 September 2013 at 12:56

Carol said…
Hi Erin, the places we looked at only used the STAT for mature age entry otherwise we would have probably done that as it's a well known exam; I do like having an external mark for their English & Maths (makes me feel good when they do well!)Does really depend on the particular institution; I think it's easier now than when we went through it all with our first 7 years ago but also I'm more confident these days. Know what you mean about OUA - don't want them doing a subject that has no interest for them just to get a mark that gets them into uni.
7 September 2013 at 13:38

Unknown said…
Wow! Carol, you have it all together. How fortunate your children are to have you as their homeschooling parent. My daughter is still about three years out from college so I am trying to learn as we go.

Carol said…
Jackie, I'm under no delusions about having it all together!! I tend to fly by the seat of my pants at times; my kids are all quite different so it's always a learning process for me.
8 September 2013 at 19:50

I really enjoyed reading about how your homeschooled high schoolers got into uni. Yes, it is possible! Four of my children have gone along the Open Uni pathway. They enjoyed the units they chose and found them helpful for their future studies. I just wish the units weren't so expensive!

Carol said…
They are expensive - really helps if they know what degree they'd like to do and can choose units they might get credit for.
9 September 2013 at 17:12

Anonymous said…
Hi Carol,
I am commenting back via our blog and HSHS Blog Hop.
Thank you for visiting our blog, I commented back to your comment on our blog.
I am now a follower of your blog. I hope to chat more. God bless you and your family.
10 September 2013 at 01:50

Heather said…
I love reading about homeschoolers going onto university or finding other ways to get into field they are interested in - always such an encouragement. Really looking forward to reading more!
12 September 2013 at 11:28

ChristyH said…
Late to the party but this is very encouraging!

Michelle Downunder said…
An excellent post Carol.
We tried the STAT pathway for Armidale Uni (2012) and even though they said they had no age restriction (he was just 17) when it came to the crunch my son was refused and told to sit the HSC and apply again even though the STAT ATAR was well above the requirement.
We then chose Open Uni and got confirmation that the course he wanted would accept him with open Uni (12 months equivalent Open Uni with a grade point average of credits and above, a high UMAT and Interviews)
My daughter is also doing Open Uni and the course that she wants to do only requires 6 months of Open Uni subjects (no particular mark just passes) plus an audition. She can get credit for 2 of her 4 Open Uni subjects.
23 July 2014 at 09:01

Carol said…
Thank you, Michelle. How frustrating for you & your son! When our eldest was thinking of uni we went to an open day at one major university. I explained we home schooled etc & after looking at me as if I had two heads, the lady I spoke to dismissed us completely because my dd didn't have a UAI (ATAR). Every uni is different but some are definitely easier to work with than others.
23 July 2014 at 13:27 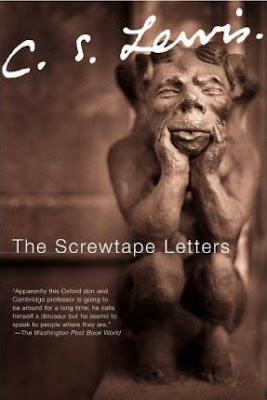 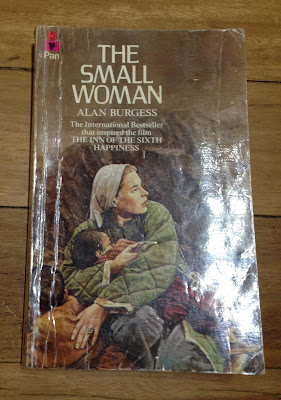