It's a tribute to Albert Facey that in his simply told, poignant autobiography, he was able to say that his had been a 'fortunate' life.
There were many episodes in his life which many would class as most unfortunate, but although he acknowledged his life had its share of hardship and difficulties, he was grateful for much.
Before he had turned two his father died, and not long afterwards his mother deserted him. His kind grandmother took on his care, but even so, circumstances forced him to start working when he was only eight years of age.
Denied a formal education, he grew up illiterate and because of this disadvantage he missed out on opportunities to learn a proper trade. As a young lad he was ill-treated and ill-used at times, doing work which was akin to slavery. He eventually taught himself to read and write, but it was a slow and difficult process. 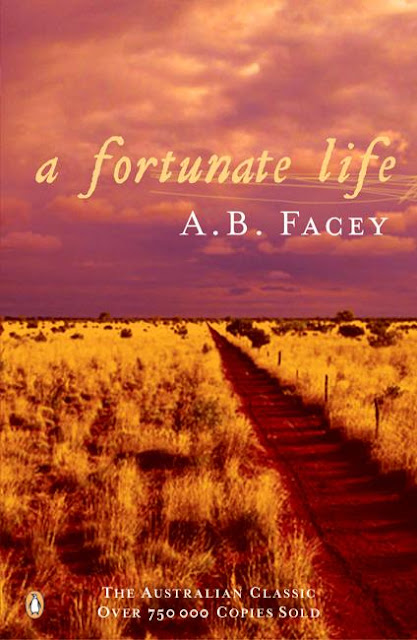 He survived Gallipoli, but two of his brothers were killed there, and Albert was to endure years of pain and disability from injuries he suffered in the trenches.
After four months on Gallipoli ('the worst four months of my whole life') a shell exploded in his trench, killing a mate and badly injuring himself. He was sent to Cairo for treatment and was repatriated back to Australia in 1915.

Albert said that he had two lives that were miles apart. Up until just after the war he had had a lonely and solitary existence but then he met Evelyn, the woman who was to become his wife:

After our marriage my life became something which was more than just me.

Albert and Evelyn raised a family through the depression years and Albert involved himself with the Trade Union movement and battled to improve the general conditions for workers.
When World War II broke out three of their sons enlisted. Only two of them returned home after the war. Their eldest son was killed in a bomb attack while defending Singapore.
Albert Facey was an ordinary man who overcame extraordinary circumstances. When he retired, Evelyn encouraged him to write down the story of his life. He crammed his stories into school exercise books, thinking that at some stage he would get copies printed for family members. The manuscript sat in a cupboard for years but in 1979, when he was eighty-five years of age, his autobiography came to the attention of the Fremantle Arts Centre Press and was accepted for publication.
A Fortunate Life was published in 1981, nine months before Albert died.

A. B. Facey was a true historian, a story-teller. As I read the story of his life I could almost imagine he was sitting in the room speaking. It is simply written, understated, almost matter of fact, but totally real and engaging.

It's sobering to think that many people born in the late 19th or early 20th Century would have seen and endured similar circumstances - WWI, the Great Depression, WWII, industrial expansion. Death was a common visitor to many families and not just during the war years. We live in a very different world today.

Apart from Albert's time in Gallipoli, the book is mostly set in Western Australia and it is a fascinating account of frontier life in that state.

It was also interesting to read of the early days of the Trade Union Movement. Albert was a true Labor man and believed the Labor Party was on the side of the workers. I wonder what he would think about the Labor Party we have now?

Albert had a definite belief that Providence had brought his wife and him together, but towards the end of the book he said that the wars changed his outlook on things and that he found it difficult to believe in God.

I highly recommend this book for anyone - Aussie or otherwise. It is a valuable insight to the changes which swept through the 20th Century as seen by an ordinary person. It's also a beautiful love story and a lesson in perspective. 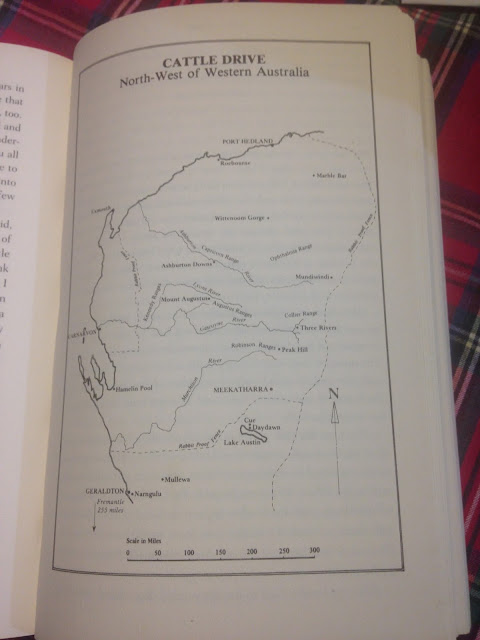 From the Afterword by Jan Carter:

What has Albert Facey left us? There is his description of childhood and adult-child relations at the beginning of this century which indicate how great the changes in childhood have been. There is his personal account of the dehumanising and brutal effects of war (the one defeat he felt morally unable to accept).
There is his documentation of the types and processes of work including some vanishing occupations. There are all these things and more, but in the end, Albert Facey's  autobiography must be classified as political history, for he contributes to the neglected history of this country...
From Facey, we know what it was like to be poor and young at the gold rushes...
We know what it was like to be an itinerant worker...
We understand the predicaments of a first-world-war private...
He describes being a husband and father with mouths to feed in the Depression...
Albert Facey is Australia's pilgrim.


Besides being a wonderful story for adults, this book is also suitable as a read aloud with some editing for younger listeners, or for readers around the age of 14 years and up. There is also an abridged version of the book for younger readers which is very well done.


A Forunate Life was one of my choices for the Aussie Author Challenge 2015.

Silvia said…
Interesting. What an admirable man. So sad to die without hope of eternity.
21 December 2015 at 00:42

Anonymous said…
I tried to look up the children's version of this book, but couldn't find anything. Do you have a link? thanks
21 December 2015 at 23:32

Eli@CoachDaddy said…
I love stories like his. Whatever challenges we face, it's up to us to try to figure out a way through them. Albert seems to have spent a lifetime doing just this, and left us the gift of this story.
24 December 2015 at 03:12

Carol said…
Hi Eli, thanks for taking the time to comment. Yes, a lifetime of challenges but he never dwelt on his misfortunes or considered himself a victim. That was inspiring.
24 December 2015 at 15:04

Tina at Mommynificent.com said…
I can't actually remember the last autobiography I read. Will add this to my list! Thanks for sharing this at Booknificent Thursday this week! I hope you have a lovely Christmas Eve followed by the merriest of Christmases!
Tina
25 December 2015 at 00:32

Unknown said…
It sounds like I need to read this to put my own life into perspective. I haven't read a biography like this in quite awhile. It really does do the soul and mind good to read just how minimal our struggles are compared to others.

I'm looking forward to reading what you share this coming week at Literacy Musing Mondays.
28 December 2015 at 08:07

Sharon Wilfong said…
We just don't know what our parents and grandparents lived through. Facey's life could be my parents life here in the States. They grew up in similarly harsh circumstances.

I'm sorry that his hardship caused him to doubt God. It seems that hardship causes a fork in the road for so many. They go down the angry embittered road of atheism or the path to surrender to Christ.
4 October 2016 at 15:11

Carol said…
Both of my Grandmothers lived with us for periods of times when we were growing up and their backgrounds were movie/book material. It was just a few generations ago that it was common for familes to lose children to all sorts of conditions that are treatable now. Re hardship, I remember reading something Oswald Chambers wrote: 'Sorrow burns up a great deal of shallowness, but it does not always make a man better.'
5 October 2016 at 10:44